Home
Business
Why Are Legos So Expensive Today? Here’s the Answer
Prev Article Next Article 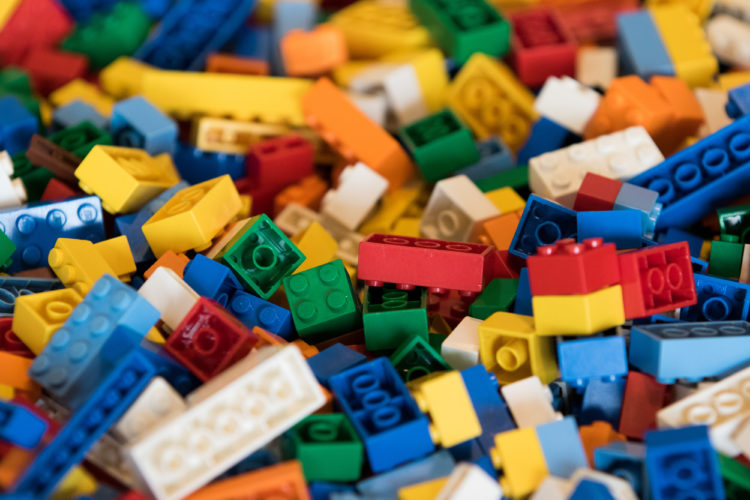 There are no toys as classic as Legos are. Legos have become a wanted staple in every child-inhabited home today. However, not everyone can afford a bucket of these indestructible toys. The price for a pack of Legos has stayed relatively the same over the last few years, but that price is still steep for a lot of people. Although that may be the case, it hasn’t stopped parents from buying these amazing toys for their children. Legos have even become hobbies for many adults. Many people wonder why Legos cost so much money, so we’ve listed a few reasons why.

There’s an obvious reason why Legos are considered classic toys. They truly stand the test of time. Legos can last through generations, and this is because of the quality that goes into their construction. These small bricks are some of the strongest materials ever been made into toys. Just ask any parent that have unknowingly stepped onto a Lego brick or two. Legos are quality-made toys. The company has been making interlocking brick toys since 1949, and they never looked back. Lego has only improved decade upon decade, and their products are always made well and sought after. The company began making plastic bricks in the late 40s, and many Lego toys made back then managed to survive to today. It’s all because of the company’s commitment to quality engineering and unbelievable attention to detail.

Over the years, the Lego Company has managed to stay relevant by keeping up with pop culture. Lego continues to expand its collections to reflect the fad of the times. This is especially important for people with particular interests because they’re able to relate their personal tastes to Lego. The toy company has partnered with other companies in order to appeal to specific audiences. Those who have completely embraced the superhero culture can spend hours upon hours building Marvel Lego sets. There are Lego sets for Star Wars fans. There are Lego sets for Disney fans. The Lego Company also has their own brand sets that appeal to the younger population in particular. There are also Lego character sets such as Ninjago, Lego Friends, and more. Having incredible collection sets is something that appeals to a specific audience: collectors. Lego sets happen to appeal to collectors for various reasons, and the resale value on some collections are staggering. This is another reason why Legos are so expensive today. Some collections are just extra special and extremely hard to come by—especially those that were made during the early days of the company.

Interlocking bricks are no longer a novel idea. Many toys similar to Legos have come out and have been successful in their own ways. However, something about Legos set them apart from all other building toy options. Apart from the quality of the materials we discussed previously, there’s just something unique about Legos that have made them the top choice when it comes to toys. That unique characteristic is their size. Legos are incredibly small. That fact leads to the notion that a single collection might consist of a few hundred pieces. As a matter of fact, some of Lego’s most prestigious collections consist of a few thousands brick pieces. The attention to detail that’s characteristic of Lego engineering is naturally passed down to product users. As a player of Lego bricks, you can’t help but be an engineer yourself. In order to successfully put a collection together—especially one that needs thousands of pieces rightfully placed in order to be complete—you have to pay attention to the details as much as possible. This is one of the biggest draws of Lego toys. They’re challenging and maybe even impossible at times, but they’re certainly not unattainable. The cost of a single collection that has thousands of pieces may be too expensive for the average person. However for the committed builder, the process of building magnificent something from scratch is something that’s rather priceless at the end of the day.

These days, you can use Lego bricks to pretty much build anything. We’ve seen Lego bricks creatively assimilated by creative people into the trappings of daily life. Legos are incredibly fun for kids to play with. They offer endless hours of imaginative fun and brain-building activities. Legos are versatile enough that a child doesn’t need to follow every single direction on the instruction in order to build something. However when a child is ready, Legos also offer the opportunity for directed play and a chance to improve on following skills. Older children can play with Legos. Teens can play with Legos. As mentioned earlier, even adults can play with Legos as well. There are sets that are so large; they take weeks or even months to finish. Regardless of who’s playing with them, Legos are versatile enough for anyone who has an imagination and an urge to build. You can be a toddler or a senior—it doesn’t matter. There’ll be something about Legos that you’d enjoy doing.

It’s highly likely that the Legos you’re playing with now will last long enough for you to pass on to future generations in your family. If you happen to have any Legos from decades past in your collection, you’d know that Legos from that time fit seamlessly with the Legos of today. The Legos we play with today will probably fit the Legos sold ten or twenty years into the future. There’s continuity with Lego that just doesn’t exist with other companies. In fact, this is one thing Lego has that many other brick building companies just don’t. Legos tell stories. They sell stories. The Lego Company sells toys that are multigenerational and outlasting. Consumers love stories. If we can create more stories within our family using a handful of hard plastic bricks and have fun doing so, we’re likely to keep buying Lego bricks regardless of how much they cost.