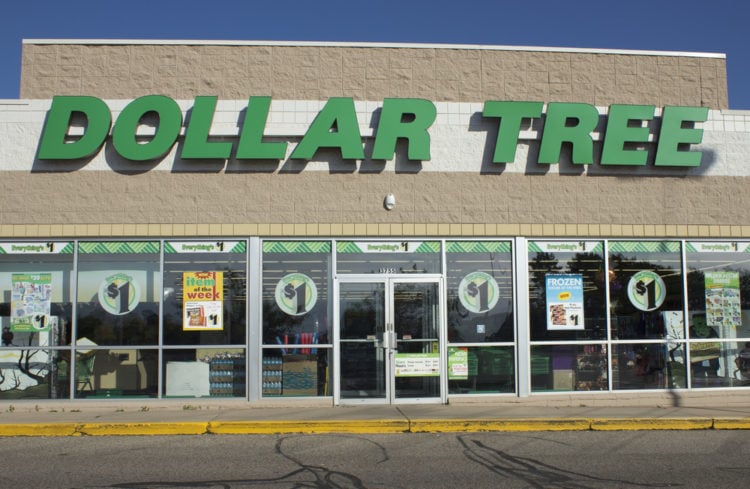 Dollar stores are a dime a dozen. Descended from the five and dime stores of the 19th century, they’re as ubiquitous as they are cheap. Selling everything from steaks to lipstick, they’re the ideal place to stock your fridge, your bathroom cabinet, and your closet with everyday essentials at a price that won’t break the bank. Of all the dollar stores out there, Dollar Tree is one of the biggest and most popular. The quality of its goods might be a bit hit and miss, but no one can deny it’s a great place for a cut-price shopping spree. But while you’re no doubt aware of the store’s bargain prices, you might not know quite so much about the history and story behind its famous green and white emblem. If you’ve ever wondered about the history and story of the Dollar Tree logo, you’ve come to the right place to find out more.

The History of Dollar Tree

As mashed.com writes, before Dollar Tree became everyone’s favorite cut-price store, it was a tiny franchise of Ben Franklin (a small-town variety store selling budget arts and crafts) owned by K.R. Perry. After opening the store in 1953, Perry later decided to break away from Ben Franklin and reopen as K&K 5&10. In 1970, he opened a sister store, K&K Toys, just across the road from the original site with his son Doug. Over the next two decades, K&K Toys began to expand rapidly across the south. Keen to expand the enterprise further, Doug started opening up more stores based around the five and dime model. He named the new venture “Only $1.00” – a fitting enough name, considering all the items in the store could be bought for a dollar. When KB Toys bought K&K Toys in the 1990s, Doug and his business partner used the proceeds to expand Only $1.00. In 1993, they renamed the brand “Dollar Tree” as part of a rebranding strategy. Since then, the store has grown exponentially: today, it’s a Fortune 500 company with around 15,115 stores across the U.S. and Canada.

If you’ve ever seen a Dollar Tree store (and given how widespread they are, you’d be hard pushed not to have), you’ll already be well acquainted with its iconic green and white emblem. But what’s the inspiration behind it? Has it changed over the years, or is it still the same today as it was back when the store first opened?

A tree might be a fitting enough emblem for a store named Dollar Tree, but remember, Dollar Tree hasn’t always been Dollar Tree. Back when it was first launched, it went under the banner of Only $1.00 – a name that, no matter how hard you try, doesn’t exactly conjure up images of trees. During the first few years of its inception, the store didn’t bother too much with a logo. At the time, it was still a relatively small concern and didn’t really require much by way of a cohesive marketing strategy. Instead, it did what a lot of stores of the late 1980s did and stuck to advertising its services by way of a simple neon sign. As 1000logos.net writes, the sign featured the store name in a migraine-inducing combo of bright pink and green. It was a relatively simple affair, with the only unique feature being three stylized arrows dividing the pink “Only” and the green “$1.”

A New Name and a New Logo

In 1993, Only $1 Dollar became Dollar Tree. If there’s one thing every re-branding needs, it’s a new logo – particularly if the old logo refers to a now-defunct brand name. To accompany the relaunch, Dollar Tree introduced us to a logo that’s not a million miles away from the logo we know today. It featured a stylized green tree in which the trunk had been re-imagined as the digit 1. Placed underneath the tree in a bold black font was the caption “Dollar Tree”. It was a bright, vibrant affair that represented a major step up from the down-market neon signs of yesterday. If Dollar Tree was looking to smarten up its image and present a more professional face to the world, it was going the right way about it.

Whether it was down to the new name, the new logo, or something else entirely, the next few years were particularly prosperous for the brand. Its new multi-price strategy allowed it to expand its repertoire beyond the basic $1 items it had been selling so far, increasing its customer base and turning it from the kind of store you’d use for the occasional item to the kind you’d happily use for all your shopping needs. In 1995, it went public on the NASDAQ exchange at $15 a share, with a market value of $225 million. A year later, it expanded further when it bought up Chicago-based Dollar Bill$, Inc. In 1997, it opened the first of what would later turn into 24 distribution sites, and in 1998, it bought up the 98-Cent Clearance Centers in California. 1999 saw it grow yet further when it bought up the Only $One stores in New York.

After 13 successful years, Dollar Tree decided that 2006 was the year its logo deserved a makeover. In truth, it wasn’t exactly a major makeover – had you asked any customer at the time if they’d noticed a chance, you’d have been hard pushed to find a single one. The original tree shape stayed, as did its vibrant green color scheme. The only real alteration came by way of the logotype, which saw the old black smooth sans-serif replaced with a geometric sans-serif in a bold green.

Dollar Tree might not have the best of reputations when it comes to treating its employees fairly (according to The List, the company has racked up 13 wage and labor violations since 2000 alone, costing them more than 65 million dollars) but that doesn’t stop people driving miles for some of its $1 dollar steaks. The logo might not have as much to do with its success as its budget-friendly prices do, but like all good logos, it’s embedded in the brand identity. Wherever you see that bright green tree, you know you can fill your cart to the brim without getting a shock at the checkout. 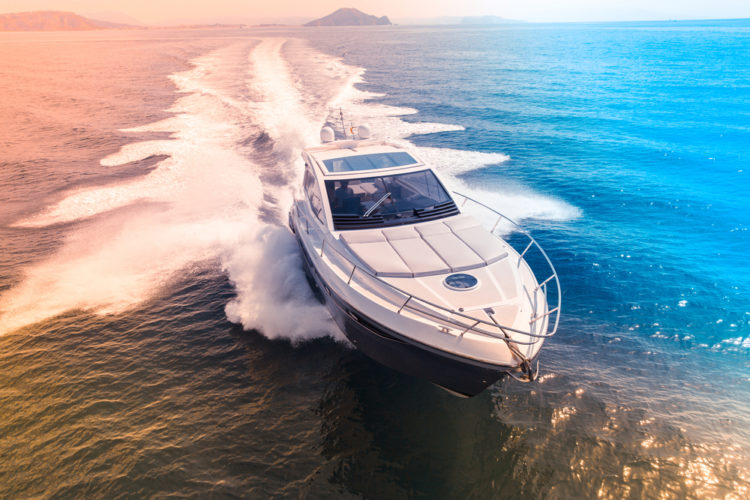 Flux Marine is an American automotive startup that specializes in building electric propulsion systems for marine craft. The systems are known for their high performance achieving high speeds, simultaneously providing power for watercraft and reducing… 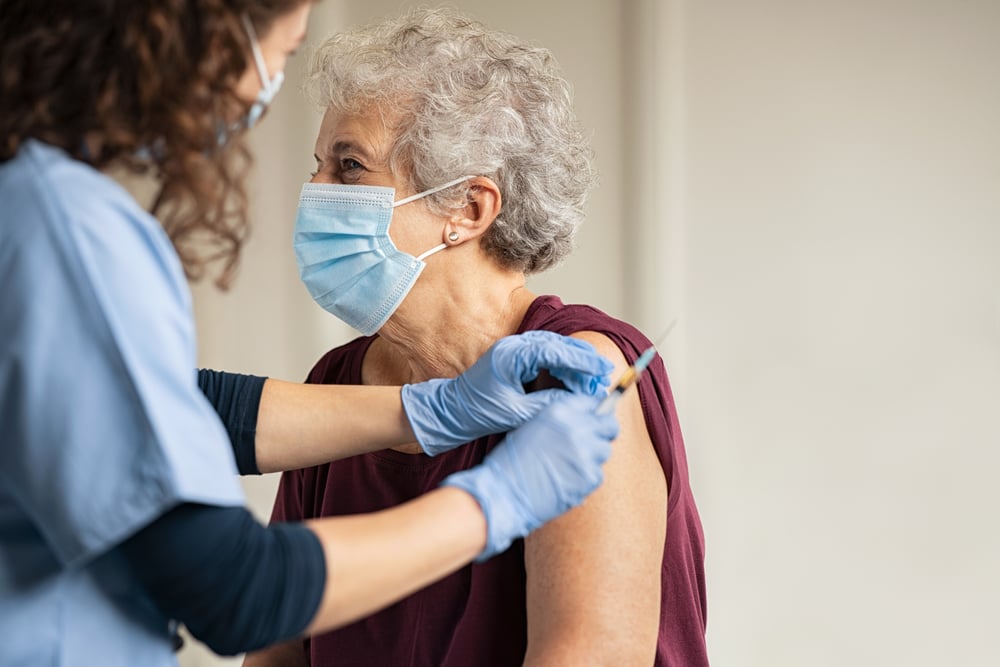 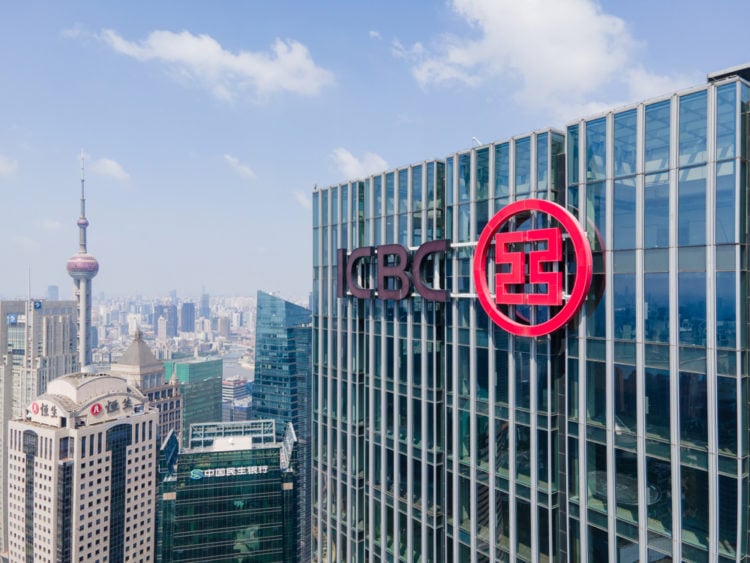 It’s been a rough few years with ups and downs in the financial sectors but some banks have weathered the storms to stay on top. The S&P Global Market Intelligence report ranks financial institutions based… 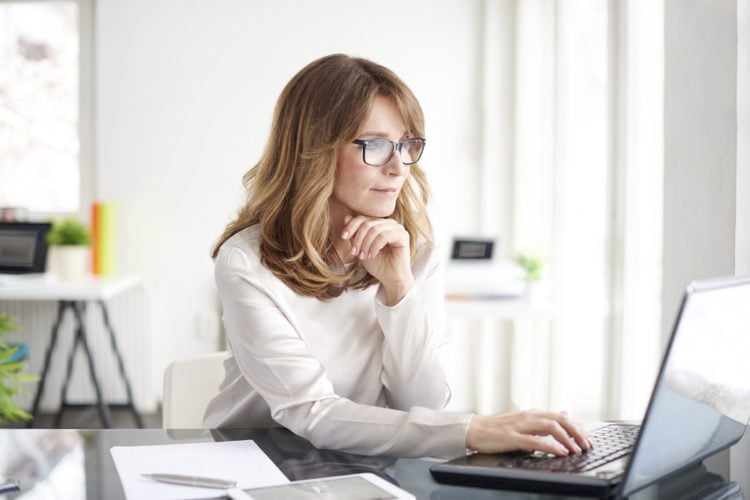 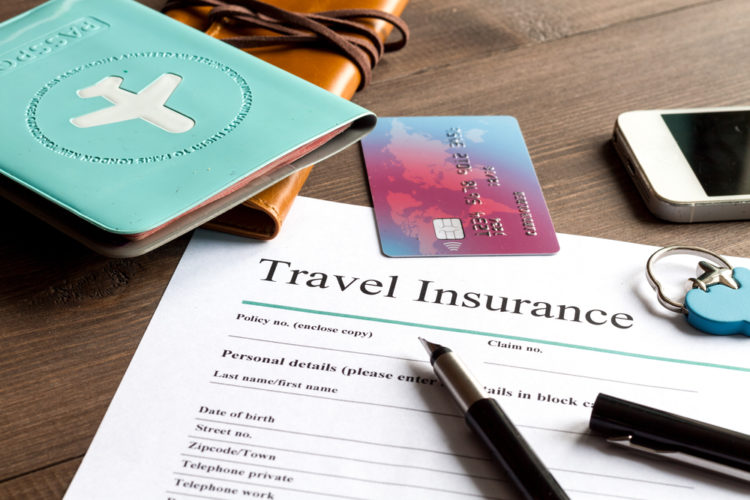 In a perfect world, we wouldn’t need travel insurance. But this isn’t a perfect world and when things go wrong, having the right protection in place can make a huge difference. If you’d rather avoid… 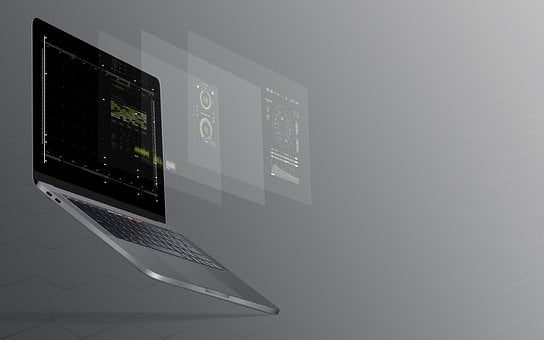 The company Afya Limited, is a healthcare information technology company that has recently gone public. It has been a hot topic of conversation in the business world. Investors, as well as potential investors, are keeping…