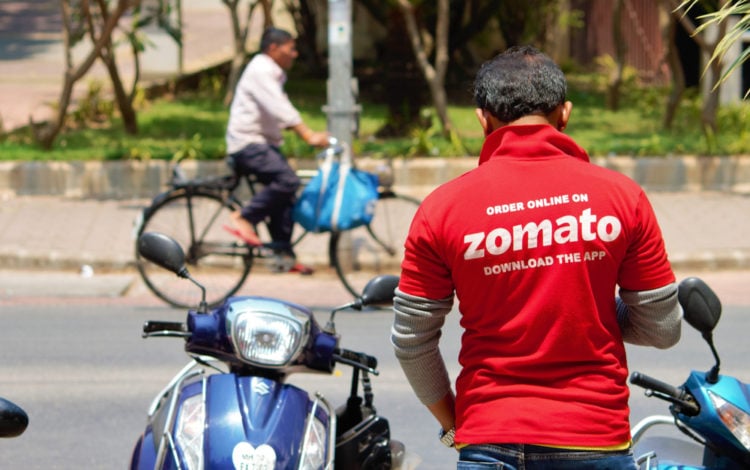 Zomato is a food delivery and restaurant aggregator company that is disrupting the food delivery industry. It’s a place where consumers can go to obtain information about restaurants as well as options for food delivery in their neighborhoods. It’s a rapidly growing service that makes it easier for people to find participating restaurants, their menus and learn more about getting food delivered to their front doors. Here are 20 things you didn’t know about Zomato along with the ways it’s revolutionizing food delivery services.

1. Zomato is a multinational service

2. Zomato has been in business for 12 years

Zomato was established in 2008 by its founders Pankaj Chaddah and Deepinder Goyal. The service started in the country of India, which is where its headquarters are currently located. By 2011, the business expanded throughout India to include Kolkata, Pune, Chennai, Bangalore, Mumbai, and Delhi CR. The following year the operations went international including Qatar, Sri Lanka, the United Arab Emirates, the Philippines, South Africa, and the United Kingdom. In 2013, it expanded to Indonesia, Brazil, Turkey, and New Zealand.

3. Zomato was founded under a different name

When the cofounders first launched their new company in 2008, it was started under a different legal name. The first title of the company was Foodiebay. In January of 2010, the name was changed to Zomato Media Pvt. Ltd. The name was shortened to Zomato to make it flow easier for better memorability.

4. Zomato recently expanded into the United States and Australia

Zomato is a company that is on the move. In 2019, it expanded its operations to include the United States and Australian markets. It’s a disruptor in the food delivery market that now provides competition with Foursquare and Yelp in the United States.

5. Zomato is good for restaurants around the world

When the Covid-19 pandemic forced many to stay home and shelter in place, it caused the closure of many restaurants. The need for grocery delivery services was intensified with many having no way to get out and do their shopping in person. Zomato launched its grocery delivery services in April of 2020 under the name Zomato Market. It was only offered in the country of India but it was and is available in over 80 cities throughout the country. It’s helped cut down on the amount of person to person contact needed to obtain groceries for households, as a service that is helping to curb the spread of Covid-19, which has taken a terrific toll on India’s population with its dense groupings of people who live in the country and overpopulated cities.

The pandemic caused the shutdown of thousands of restaurants throughout the world. It has caused some issues for Zomato’s services, as they depend on restaurants for participating in their partner programs for delivery of menu items. While the pandemic has caused many restaurants to move to a delivery-only platform, some could not compete and had to close their doors forever. This caused an economic turndown that hit the company hard. With fewer orders being placed for delivery, Zomato was forced to lay off hundreds of workers. In May of 2020, there were 520 layoffs as a result. Although the demand for services delivering food from restaurants hit an all-time high, many could not afford to order takeout food. Combined with the number of restaurants closing their doors, Zomato’s numbers also went into a decline.

8. Zomato takes care of its employees

Although Zomato had to make hard choices and lay many of its workers off, it is a company that looks out for the rights and the well-being of its workers. The company received praise for its leave policies. At Zomato, all of the female workers are allowed to take as many as 10 days of time off per year if they suffered from health effects from their menstrual cycles. This policy is also extended to employees who are transgender and experience issues from hormonal changes. The company goes the extra mile.

According to Crunchbase, Zomato has participated in a total of 21 rounds of venture capital funding. The latest funding round closed on February 22, 2021. The funding round was led by Kora, joined by 4 other investors and it raised a total of $250 million.

Zomato has a long history of venture capital funding through its investors. The business is backed by 12 lead investors. The 21 rounds of successful fundraising are impressive by any standards. It shows that investors have full confidence in the business and its ability to become profitable, providing them with a healthy return on the money invested. The lead investors in Zomato include Kora, Tiger Global Management, Baillie Gifford, the Ant Group, Naspers, Delivery Hero, Glade Brook Capital Partners, and others who have remained anonymous.

11. Zomato is a unicorn-status company

The total amount of venture capital funds raised is $ 2.1 billion. The valuation of the company puts it at the level of a unicorn. Businesses achieve this highly desired and exclusive classification when the total valuation reaches at least $1 billion. Zomato has more than doubled the requirements to join this elite group of very rich and successful companies. The company has also reported that it has achieved profitability status. The fundraising efforts are for continued expansion into all parts of the world. Zomato has already grown at such a rapid pace that they’re on a solid trajectory for being in nearly every country in the world in just a few short years from now.

The first acquisition made by Zomato was the purchase of Cibando in 2014. Cibando is an Italian company that developed an iPhone application for finding restaurants in the cities of Rome, Milan, Florence, and other Italian cities. The acquisition opened the market for Zomato in the country of Italy as a part of its first expansion efforts. The purchase was closed on December 18, 2014, for an undisclosed amount.

On January 12, 2015, Zomato acquired a Seattle, Washington company called Urbanspoon. This signaled its entry into the United States market. Urbanspoon is an informational platform that helps users to find local restaurants. It is also used to submit reviews and recommendations about the service received and the quality of the interactions and products. The total cost of the acquisition was $55 million. This was the first in a flurry of acquisition activities that followed in 2015. This was a year of tremendous growth for Zomato. On January 29, 2015, Zomato also acquired Mekanist, an online search engine for finding food, beverages, restaurants, bars, and cafes in Istanbul Turkey. It expanded its operations in two countries during the same month and the beginning of 2015. Zomato paid $2.5 million for the deal.

In April of 2015, Zomato acquired MapleGraph Solutions Private Limited. This is a technology powerhouse headquartered in New Delhi, India. The company builds cloud-first and mobile-first solutions that are marketed throughout every country in the world. The total amount of the acquisition has not been disclosed but it is assumed that it was high. This put Zomato firmly into the cloud technology niche of the industry with its ability to develop and produce communications apps and technology as a part of its expanding operations. It added NexTable Inc, a North Carolina, USA-based cloud technology development company.

15. Zomato expanded its tech base

Zomato has been on a roll in expanding its capacity for being sustainable and self-contained. It acquired a company called Runnr in June of 2017. This is a logistics company that operates as a business-to-business service. Runnr is based in Bangalore, India and it offers hyper-local logistics services that partner with merchants. This was an acquisition that provided Zomato with more technology in expanding and improving its operations through the use of in-house technology and services for getting the logistical information needed for each city of its operation.

16. Zomato has a team of 20 executives for leadership

Zomato employs more than 5,000 workers throughout the world at any given time. It is led by a fairly modest team of 20 executives. These include Deepinder Goyal, co-founder and chief executive officer, Pankaj Chaddah, co-founder, and Gaurav Gupta, co-founder and chief operations officer. Gunjan Patidar is the chief technology officer. Other top execs at Zomato include the global business head of Zomato Book, Karin Lems, the Country Manager, Bechara Haddad, the Global Business Head of Food ordering and Delivery platform Mohit Kumar, Aravind Reddy, the Associate Vice President of Operations and Strategy, and several others.

According to Livemint, Zomato Ltd filed for its initial public offering as of early 2021. This is the latest news on the financial front for the company. It filed its draft red herring prospectus with the market regulator Securities and Exchange Board of India during the last week of April. It is expected that the initial public offering is going to net Zomato over ₹786 crore.

18. Executives will get rich from the stock options

Zomato is a company that has consistently been good to its employees. Executives also benefit from the fairness of Zomato’s policies. It was reported that between 2014 and 2018, the executive team was granted stock options in the companies stock ownership plan policy. The result of the deal is going to net them more than $100 million after the company goes public.

19. Zomato has nearly tripled its valuation

A a result of the pending IPO, its 14 acquisitions, and other fruitful ventures took on by Zomato, the current valuation of the company has skyrocketed. It is now valued at $5.4 billion as of February of 2021. This is more than five times the requirements to achieve the highly desired unicorn status. It indicates that this might just be the beginning for Zomato, as a mega-giant in the food delivery services industry. It’s already spread to most countries in the world, but many untapped markets are yet to be explored. There are places in Europe that it hasn’t yet reached, but we expect this to change very shortly.

20. Zomato is a company to keep your eye on

Although Zomato is not currently hiring due to the layoffs from the pandemic, it’s likely to see a surge in growth when the danger passes and when countries throughout the world begin to open up for business as usual. Zomato currently employees a workforce of 10,890 people, according to LinkedIn. It’s a company that is in the right place at the right time in the history of the world. Zomato is postured to see a tremendous surge of growth when people start feeling safer and when more businesses in the food industry begin to re-open. If you’re an investor, this is a stock that you might want to consider as an addition to diversity your portfolio. Current projections are positive for Zomto stock, which will soon be offered for public trading.