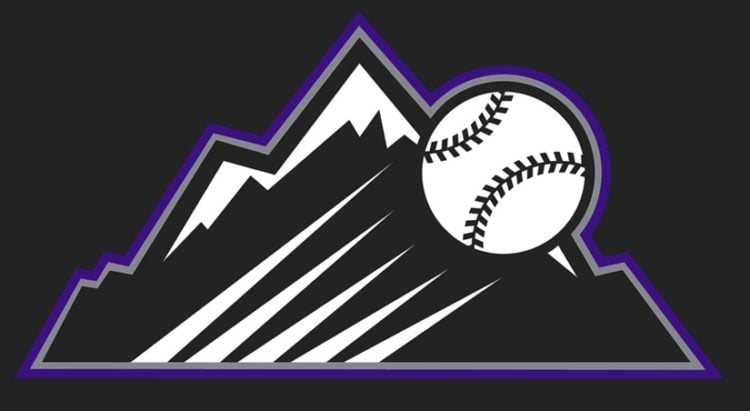 Some people say simplicity is best while others go for sophistication. Maybe that is the reason even fashion varies because one person will opt to go for a simple black dress while another will have a gown that incorporates other embellishments. Such taste is evident also in the baseball teams as they design their logos. The Colorado Rockies logo went from something that looked like it was all over the place to just using two letters, plain and simple. They have not undergone so many changes as other baseball teams since their establishment 28 years ago. Here is a detailed insight into the logo history of this National League club member.

Colorado Rockies’ history goes back to 1991 when Michael I. Monus and John Antonucci were granted a franchise to represent Denver. The fact that Denver is close to the Rocky Mountains played a huge role in coming up with the logo they created for the team. The logo comprises a black and white baseball going past the snow-capped mountain Rockies which were colored purple and in the background. On top of the mountain was a silver arch which had the wordmark “COLORADO” in black and inside it.

At the foot of the mountain, there was the wordmark “ROCKIES” which was in silver with a black outline. Below this wordmark were two lines, one long enough to cover the entire length of the word “ROCKIES” and the other shorter and thicker such that it touched the longer line above it. Unfortunately, this logo did not make it to the field for fans to see it. Reason being that those who had the privilege of looking at it considered it ugly. 1992 was also not a good year for the team when the reputation of Monus was damaged owing to an accounting scandal that saw both him and Antonucci leave the club.

Luckily for the Rockies, a savior stepped in the 11th hour. Jerry McMorris saved the franchise, and the team got to play in 1993 when the logo also changed though not much from the previous design. The logo retained the snow-capped purple mountains. However, although the baseball was still in the logo, this time it was not in the middle of the mountain but rather along its right side, and the ball’s size also increased a bit. Another change was in the arch above the purple mountain. The arch itself changed from silver to black while the wordmark “COLORADO” adopted the silver color and its style also changed. As for the “ROCKIES” wordmark at the bottom of the mountain, it remained the same with only a little darkening of the silver color. The two different-length black lines also remained. The team used this logo from 1993 to 2016.

From 2017, the Colorado Rockies have stuck with a logo that did away with everything that was in the previous logos, except for the colors. The current logo consists of only two letters; “C” and “R”. The classic letters are in silver with a black trim and are linked. “C” represents “Colorado” while “R” represents “The Rockies,” which is the team’s nickname. However, this image was not entirely something new; the team had been using it as their alternate logo from 1993 until 2016. Also, after taking the alternate logo and making it the primary one, they had to replace their alternate logo, and they did not design something new. They instead went for the old primary logo that they had been using before, from 1993 to 2016.

What is clear from the history of the Colorado Rockies is that although we hear change is as good rest, for them they prefer things staying the same. Otherwise, how would you explain the switching between alternate and primary logos? Of course, there have been many logo concepts they would have taken up, but they have decided to stick with something they have had before. Further, in the quest to avoid too much change, one thing is clear; they like using purple, silver, black and white.

These colors have been in all their primary logos as well as alternate ones, with only a few changes to the shade of purple, which also saw an update in its uniforms that went from a dark shade of purple which almost looked like navy blue to a lighter hue.

All the same, the future awaits so maybe they might decide to update their logo again. Let us wait and see.