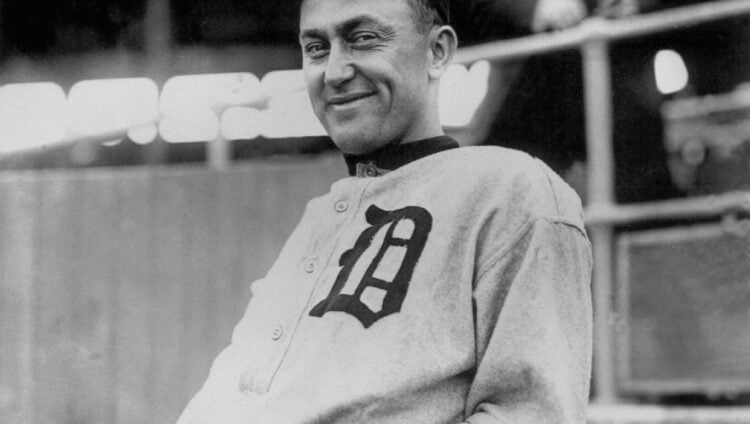 The Detroit Tigers are one of Major League Baseball’s most historic franchises, as they were one of eight charter teams of the American League in 1901. Fun Fact: the Tigers are the oldest franchise to have just one team name for the whole history of their franchise, as they never had a team name switch. The Tigers got their team name in tribute to the Detroit Light Guard, a military unit that dates back to the early 1800s and earned its Tigers nickname during the Civil War. As of 2021, the Tigers won three American League East division titles, they’ve won a total of 4 American League Central division titles, they have 11 American League Pennants to add to their name, and they have 4 World Series championships won in the years 1935, 1945, 1968, and 1984. The history of the franchise is littered with legendary players such as Ty Cobb, Miguel Cabrera, Al Kaline, Charlie Grehinger, Alan Tramell, and countless others. Because of their impact on the game can be measured in numerous ways such as revenue, endorsements, and memorabilia. Recently we’ve discovered some of the Tigers jerseys have been sold for extremely high amounts. Today we will take a look at the five most expensive Tigers jerseys ever sold to date:

Miguel Cabrera is a once in a lifetime generational type of player you just don’t see appear that often, as good players will put up good numbers in their primes, Cabrera has been able to put up immaculate numbers wherever he has played and throughout his whole entire career. In 2015, Miggy represented the Tigers on the American League All-Star team as he led the majors in batting with an immaculate batting average of .338, he also led the league in on-base percentage with a fantastic percentage of .440, he hit a total of 18 home runs, and drove in a total of 76 runs that season. Miggy is one of the elite members of the 3,000 hit club and has been a fan favorite ever since he first step foot on the field at Comerica Park and first arrived in Detroit to play for the Tigers. His jersey was sold as part of the Heritage Auctions as part of the Sports Collectibles Platinum Night Auction that was located in Chicago, as he jersey was sold for a total of $2,270 and was sold on July 31st, 2015.

Alan Trammell was one of the fan favorites of the Tigers throughout his career and he was the model of what consistency was. Trammell was awarded with the Gold Glove award 6 different times throughout his career, he won a total of three Silver Slugger awards, and he helped the Tigers win one World Series championship in 1984 against the San Diego Padres, where he was named the World Series Most Valuable Player. 1979 was his third season in the big leagues, as he hit a total of 6 home runs, drove in a total of 50 runs, he had a batting average of .276, and he had a total of 17 stolen bases. His jersey was sold as a part of the Heritage Auctions as part of the Summer Platinum Night Sports Collectibles Catalog Auction that was located in Dallas, as his jersey was sold for a total of $5,880 and the jersey was sold on August 30th, 2020.

Charlie Gehringer was just getting settled as he didn’t play many games for the Tigers in the 1924 and the 1925 Major League Baseball season’s, but 1926 was his first full season in the big leagues as he hit only one home run, he drove in a total of 48 runs, he had a batting average of .277, and he had a total of 9 stolen bases. Gehringer was awarded with the American League’s Most Valuable Player Award in 1937, as in that season he led the major leagues with an immaculate batting average of .371, he hit a total of 14 home runs, he drove in a total of 96, and he had over 200 base hits that season with a total of 209 hits recorded. He helped lead the Tigers to two World Series Championships in 1935 where the Tigers defeated the Chicago Cubs, and then again in 1945 where the Tigers defeated the Chicago Cubs once again. His jersey was sold as a part of the Heritage Auctions as a part of the 2011 April Dallas Signature Sports Collectibles Auctions that was located in Dallas, as his jersey was sold for a total of $31,070 and was sold on April 22nd, 2011.