Home
Sports
How Much Does it Cost to Attend an Oakland Raiders Game? 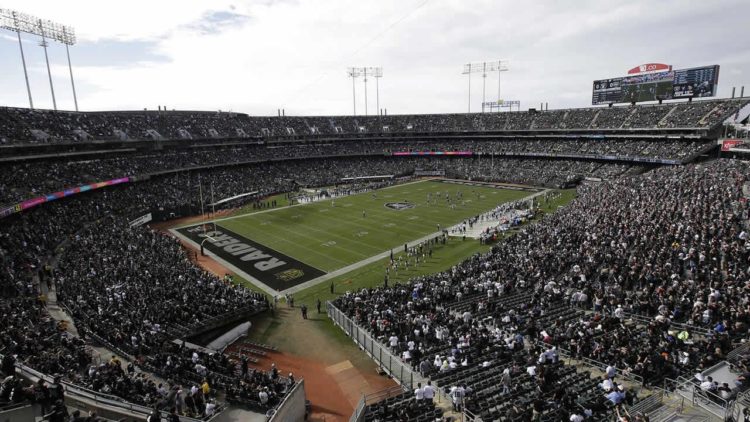 The new hope for the Oakland Raiders was hired prior to the beginning of the 2018 season in the form of new coach Jon Gruden. He signed a massive contract to reinvigorate the Raiders, though admittedly he is off to a slow start (to say the least). There are several factors that have helped keep the attendance costs reasonable, but it is not likely to stay that way for very long. If you are an Oakland raiders fan and want to personally watch the experiment transform into a Super Bowl in the coming years, here is what you can expect to pay this year for a ticket to the show, including parking and a few yummies.

Ticket Prices are in the middle of the league average.

You can expect to pay $6 for a hot dog and $9.50 for a cup of your favorite brew, coming to a total of $15.50 per game. Remember you are in California, where the price of everything seems to be higher than the rest of the world. Though it is true there are many teams more successful than the Raiders over the past few years, the contracts of Carr and Gruden have to be paid somehow. Depending on the future success of the team you may want to keep an eye on how ownership plans to continue to pay for acquiring top tier talent. As is the case with many sports stadiums, you can bring your own food and beverages, but there are the expected restrictions. A one gallon clear plastic freezer bag is allowed, as well as a 12 x 6 x 12 clear plastic bag or backpack. Just about anything else will get confiscated or you will be denied entry.

Parking is reasonable (for California).

Paying $35 for parking in California is reasonable, especially if you are a California resident. But if you compare that number to what is costs to park when the World Champion Golden State Warriors are playing, it is only $5 less. The good news is that the city-imposed parking tax is included. The bad news is the Raiders have sold out all their parking passes, so you will have to create a Plan B. Even if you manage to have a parking pass, if you are in the HH Lot you have a 2 mile walk to tire yourself out before reaching the stadium. The only other practical alternative is to use public transportation (BART) or take your chances hunting down a parking space elsewhere. Google did uncover an $8 parking spot at the Fast Track Airport Parking, which is an uncovered Self Park, but you have at least a 30 minute walk to get to the stadium. 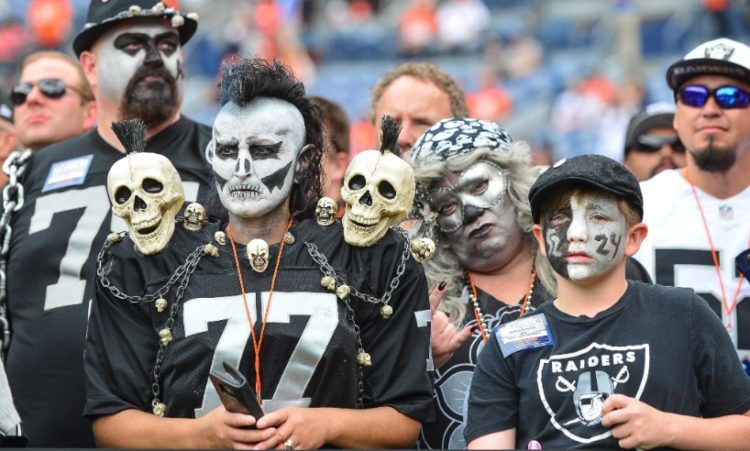 To sum up, the Raiders have invested a lot in their new coach and have a sizable investment in quarterback Derek Carr. Despite these significant numbers, attending a game has become reasonably priced, mainly because they are struggling to win games. The cost for two people to attend a single game is about $465. Of course, if you want a second beer or other concession food item the price will likely go up dramatically. When all is said and done, what makes attending a Raiders game unique than most NFL venues is the weather. If you don’t believe this, travel to Boston or Buffalo in December.