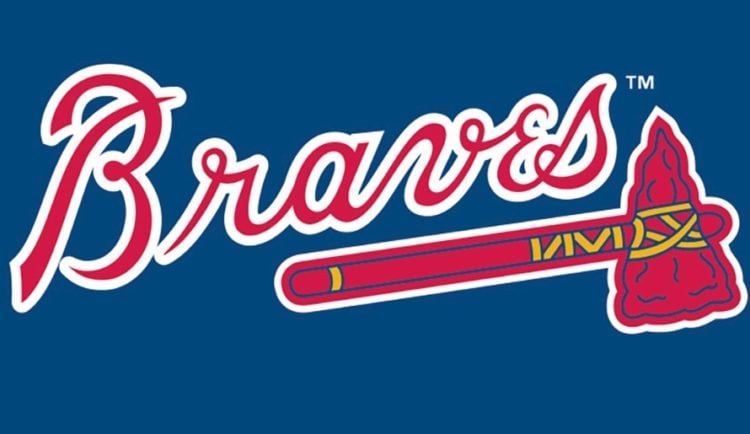 One of the oldest baseball teams in the league is the Atlanta Braves. They’ve been around since 1876 and have had the moniker “Braves” since 1912. During their long history, they’ve won the World Series and been the home of such legendary players as Eddie Mathews and Hank Aaron. What you may not know, however, is that they’ve changed their logo several times. This was because of the offensive imagery of Native Americans depicted on previous versions. When all was said and done, they changed the logo an astonishing 29 times before settling on the one we are familiar with today. Is your mind sufficiently blown?  The team’s logo has changed in several ways over the years. Not only did they modify the symbols, but the shape, color, and font saw changes as well. This may not seem like a big deal but, as you will see, the devil is in the details.

This switching (between a big B and Native American side profile) happened until 1952. This is the year a circular logo featuring a slightly more realistic image of a Native American made its debut. This design lasted for five years. In 1957, they changed it to an image of a Native American with a single feather in his hair and a mohawk hairstyle. They also added some emotion to his face. Some dubbed it “the screaming savage.” But, as you can tell, this nickname didn’t sit well with many.

In 1966, they made a minor modification by adding the word “Braves” under the picture of the warrior. A few years after that, the designers placed a rectangle around the entire logo. This remained unchanged until 1990, when the present logo came on the scene.

All Braves fans bleed red and blue. But, did you know that the team’s logo hasn’t always followed this color scheme? In the beginning, designers drew the warrior in white and red. To create a more realistic look, they changed his skin color to brown and added red, yellow, white, and green to the feathers. With the big B logo, blue was the color of choice in most cases. The logo didn’t feature the iconic red and blue color scheme until 1972. This is when they wrote the word “Braves” in red and outlined it in blue. From then on, all modifications featured this palette. For instance, the very next logo featured the aforementioned Braves script but against a blue rectangular background. The warrior’s face was white and red.

The font originally used for the capitalized B was ornate and Gothic, featuring exaggerated swirls, curls, and extra lines. This changed in 1966 when the team switched to a script font. It remained the same until 1972 when they italicized the font and made it thinner. If this sounds familiar, it’s because this is the font they use to this day.

Inspiration and Influences of the Current Logo

Since 1990, the Atlanta Braves logo has remained the same. Its design references the team’s past but with the offensive imagery (Native American stereotypes) removed. Instead, they added a tomahawk (a Native American tool) which symbolizes throwing accuracy and force. This pays homage to the team’s skill and athleticism. Finally, to maintain some of its nostalgia, they kept the script font.

When you’ve been around long enough, you will collect interesting stories. The same is the same for the Atlanta Braves. Keeping this in mind, we offer several intriguing pieces of trivia to deepen your knowledge of one of the most iconic teams in baseball:

Although baseball teams that reference Native Americans have had a tricky history, the current Atlanta Braves logo does a great job at paying homage to its past without being offensive. This wasn’t always true but, as documented above, the team evolved its perspective until they got it right. We think they did a great job.