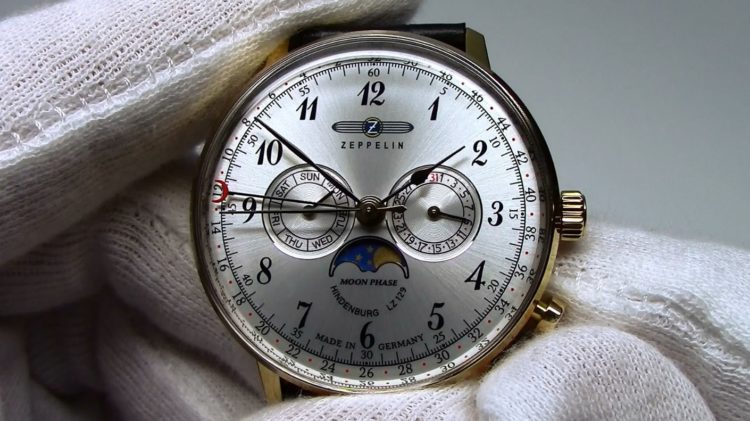 For some people, asking them to go to the local department store and purchase a watch just isn’t going to get the job done. If you’re one of those individuals, you know that you are interested in something that is different from the mainstream. Chances are, you want a watch that is capable of doing more than something that you could pull off of a shelf at a moment’s notice. You probably also want a timepiece that has a bit of character to it, perhaps something that looks vintage even though it has all of the most modern technology when it comes to keeping time. All in all, you might be looking for something made by a company like Graf Zeppelin. Their watches are different in their appearance and they perform much better than most standard watches. If you’re interested in knowing more about them, you can read about five of their best watches that are currently available, listed below. 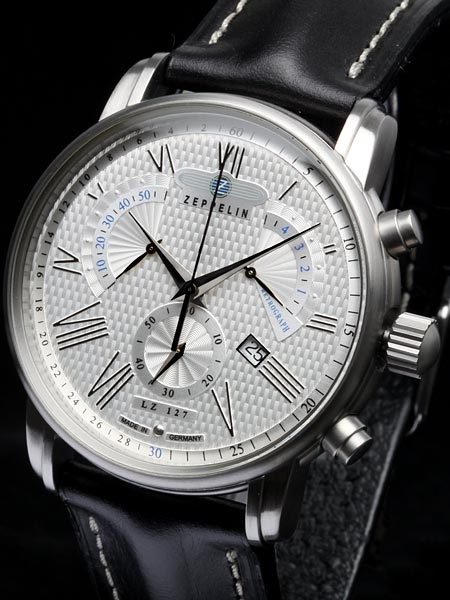 This is a large watch that is sure to get your attention almost right away. It’s a very large watch that easily makes a statement, even before you really get a good look at it. Upon closer inspection, you’ll find that the watch incorporates a wide black leather wristband along with a stainless steel case and clasp. The face is also somewhat unique. It’s designed so that the background looks like it’s been stitched together. In addition, there are several subsets on the face of the watch that allow you to see different time zones and even 24-hour time. All of the numbers are done in Roman Numerals, black in color, so they match the tick marks and the hands on the watch. It also features the date. 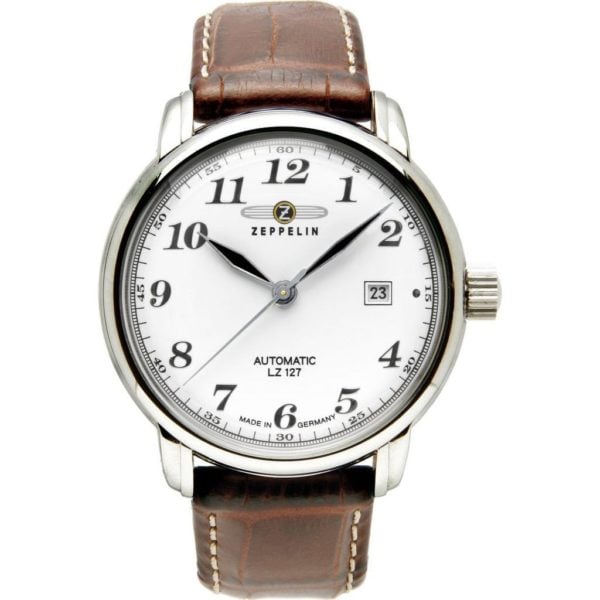 This sporty looking watch will make you think that you’re walking around in a different era, thanks to its vintage appearance. It has the classic stainless steel case and clasp, but the thing that really sets it off is the brown leather wristband. The face of the watch is larger than most, with a white background and black numbers and tick marks. On the outer edges of the face, the watch also features numbers in seconds. The second hand is silver in color and the two larger hands are white, outlined in black. This watch, like the one listed above, also incorporates the date. 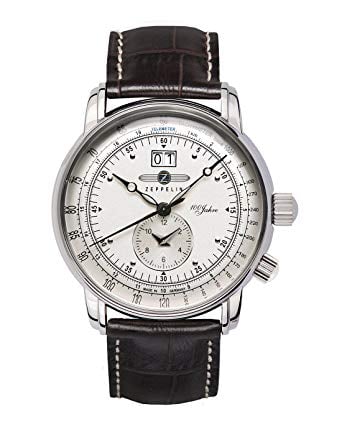 Like most of the watches from this company, this one is also larger than your standard watch. It has a weathered appearance thanks to the wristband, made out of brown leather. The case and clasp are constructed from stainless steel. The face of the dial is very busy, complete with three subsets. The dark colored hands, numbers and tick marks contrast well with the beige surface. This is a watch that almost anyone would love to call their own. 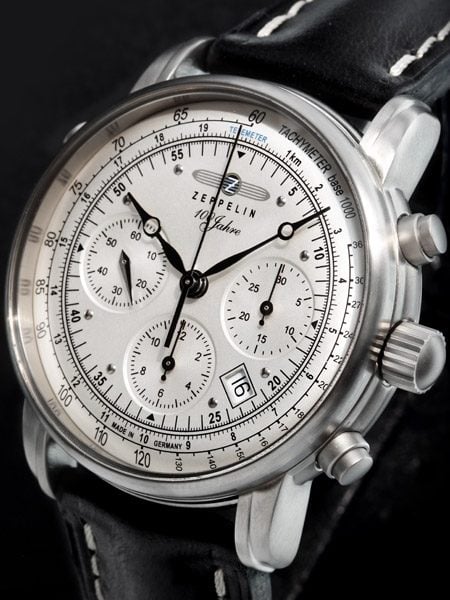 This watch looks a little more refined than many watches in the same class. It has a black wristband made of leather, and the face of the dial is the same color. This contrasts well with the silver color of the stainless steel case and clasp. As far as the face of the watch is concerned, the numbers are finished in a gold color and are quite large, matching the color of the hands. In addition, the outer rims of the dial features white numbers that denote the seconds. 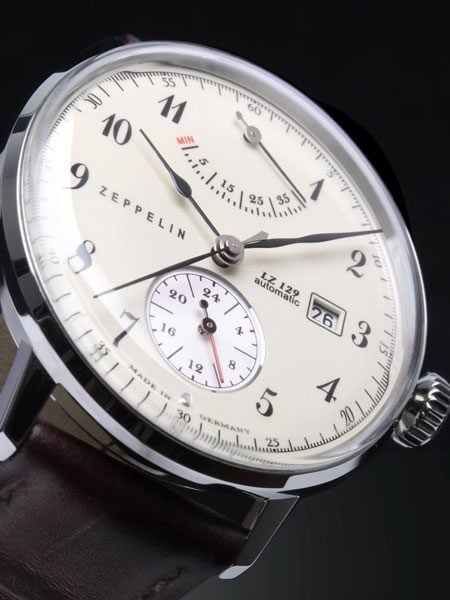 The thing that really makes this watch stand out is the face. It’s finished in a striking dark blue color that’s luminescent, allowing the watch to practically change color as different rays of light touch it. It also has a black leather wristband and stainless steel case and clasp. The numbers on the dial are easy to read and contrast well with the darker background. All of this comes together to create a watch that is stunning to look at and it performs as well as it looks.

Most people would be proud to own any of these watches. They all have something that makes them unique and in one way or another, each of them is different than almost anything else available on the market. If you’ve been looking for a timepiece that can take quite a bit of punishment without showing some chinks in the armor and look good while it’s doing it, the Graf Zeppelin line of watches is definitely something you should check out for yourself.