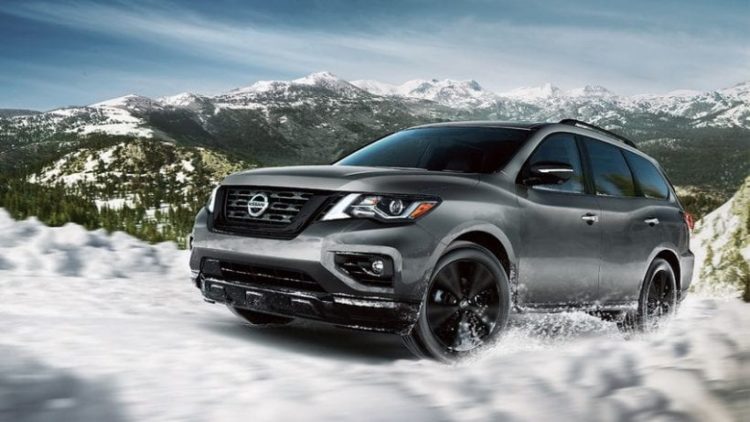 It’s been 34 years since the Nissan Pathfinder was first released for sale in the United States market. Since that time it’s undergone a total evolution. Although it still bears the DNA of the original, times change and automakers must keep up with new technology and innovations that give the public what it demands in updates and the latest in creature comforts and performance within a vehicle’s class. Nissan has kept its edge in the vehicle that is now in its fifth generation. Before we look at what the automaker has in store for 2020, it’s important to understand the history behind the model and its evolution up to this point, to truly appreciate its inherent value in today’s market. 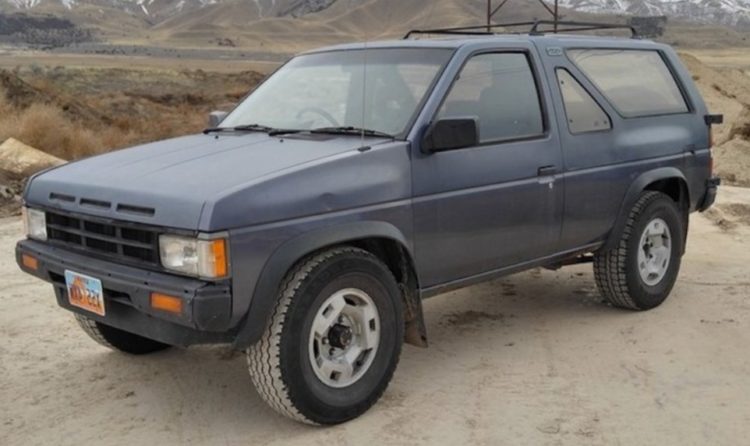 The first Pathfinder available to U.S. customers was released in 1985. The crossover SUV was based upon the 1985 models of Nissan’s hard body truck and came in a two door model only through 1989. The engine was a 2.4 liter four cylinder as standard equipment but you could order it in a 3.0 liter V-6 as an upgrade for the first few model years according to Motor Trend. With regard to the market, the Pathfinder’s major competition was from Jeep’s Cherokee, the Toyota 4Runner, the Chevrolet Blazer, the Ford Bronco II, Isuzu’s MU and Mitsubishi’s Pajero. This gave Nissan some stiff competition and the stakes were high with the other brands already securing comfortable positioning in the automotive world. A few of the things that you notice immediately in the first Pathfinder is that there were a few obstacles that the brand would need to overcome to attract the attention of a finicky consumer base as it lacked the attractive styling of competing brands, sporty handling and it wasn’t available with a diesel alternate. 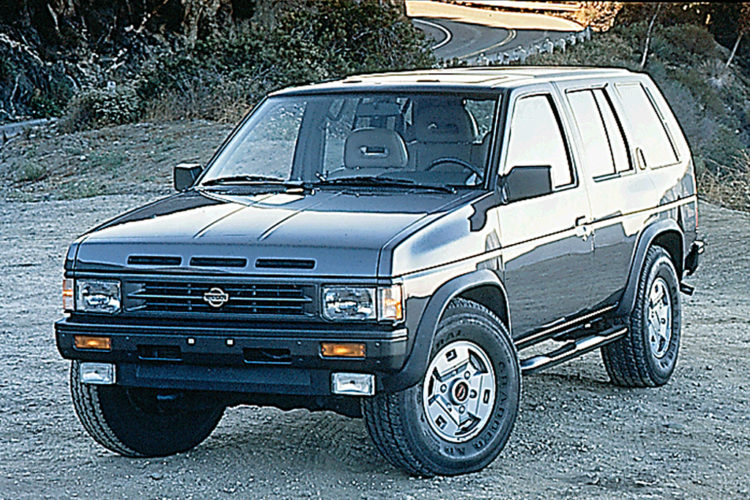 In 1990, the Pathfinder got it’s first major redesign and it had earned its wings with a growing fan base and was known for its comfort as well as its style and it was fun to drive. The passenger space was ample and this made it a good choice for active families who were found of going off-road on group excursions thanks to its truck like capabilities. The changes were slight and included a change from a 2 door only model to a 4 door only, and it has remained that way ever since. This was a big deal because it enhanced the convenience for passengers sitting in the rear seat. It also changed the exterior aesthetic, making it look a bit more well-balanced.

The addition of horsepower

The first few model years only offered a choice of the 2.4 liter 4 cylinder engine or the optional 3.0 liter V6. The larger of the two started out with 140 horses but was upgraded to 145 hp in 1988. To finish out the first generation of the Pathfinder, the maximum available horsepower was increased to 153 from 1990 through 1995. 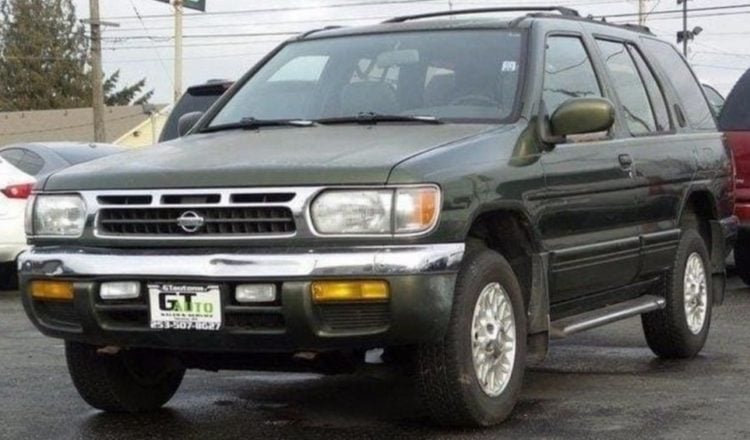 The new model year that kicked off the second generation of the Pathfinder as the 1996 edition. It was time for something new and the changes were fairly remarkable. The lines were now even more rounded eliminating the stiff and boxy appearance and the new Pathfinder was delivered with a different persona. Still maintaining the DNA of its roots, the more modern and refined edition was a little bigger in size and the design team threw in a few luxury amenities including satellite radio and a DVD entertainment system. The engine was also upgraded to a 3.3 liter that generated 168 horses, which was the most that the Pathfinder had offered since its inception. An additional upgrade to a uni-body platform for enhanced aerodynamics complemented its new look with better handling and performance and on the market front, sales continued to grow, which was encouraging. 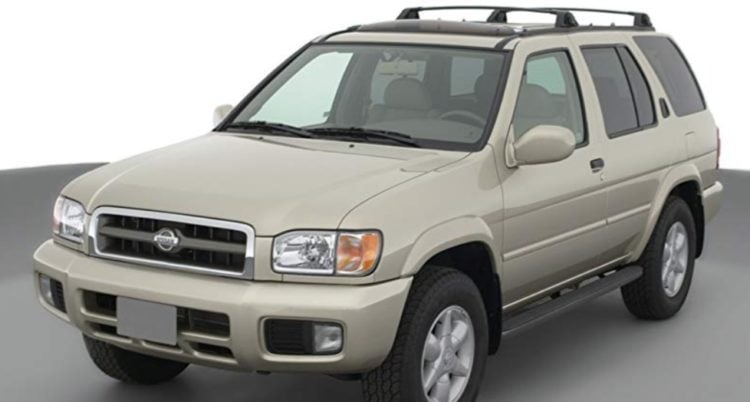 Another bump in power and luxury

The 2001 model introduced a few more thrills for Pathfinder enthusiasts. It was becoming a more popular model and was keeping up with its competitors fairly well, and Nissan wasn’t about to give up any ground that they had gained in the popularity contest within the automotive industry market. A new 3.5 liter V6 engine was borrowed from the VQ series and it gave the Pathfinder a bump up to 240 horse power, from its previous 163. This was a significant increase in power and a five speed manual with an output of 250 horses was also available. On the inside, they upgraded the technologies to make it more comfortable and fun for families with a new Navigations system that offered a Birdview display which was 3D, the craze at the time, and an interior that was more suitable for family occupation.

A new ultra modern version made its appearance in 2005. There was no mistaking the fact that the Pathfinder had undergone an evolutionary process which kept the basic DNA intact while advancing the looks, capabilities and technology into a new age. The 2005 was the kickoff edition that celebrated in new chapter in the history of the model with a larger size, additional seating for up to seven passengers and a host of new variants within the family.

A wider range of options

The third generation started off with a choice of models within the Pathfinder family starting with the XE as its base, upgrading steadily forward to the SE, the SE Off-road and the LE trims available. There were more choices for either two or four wheel drive in certain models. They beefed up the safety features to include airbags all the way around, traction control and ABS braking systems and they threw in a new trip computer as an extra luxury item. 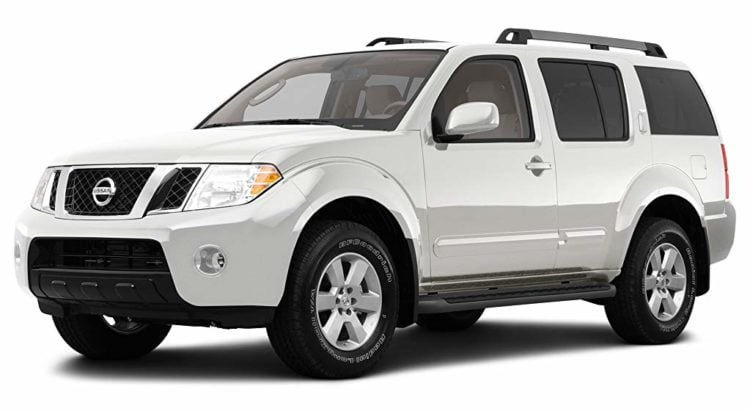 The 2005 edition of the Pathfinder made a regression back to its body on frame platform with a modified version of the F Alpha used in the Armada SUV. Upgrades in the interior design delivered a 3rd row seat that split and folded down to give drivers the option of more cargo space or enough room for more passengers, which was a nice option. The engine was upgraded to a 4.0 liter V6 that cranked out 266 horse power with decent acceleration thanks to the 288 lb feet of torque that came along with the upgrade. Making another first for the model, Nissan also offered yet more power in the 2008 edition with the option for a 5.8 liter V8 that delivered 310 horsepower and 388 lb feet of torque and from 2008 forward the rig featured a towing capacity for up to 7,000 pounds. As it turned out, Nissan celebrated the 25th anniversary of the Pathfinder in the 2011 year, just prior to the beginning of the fourth generation. 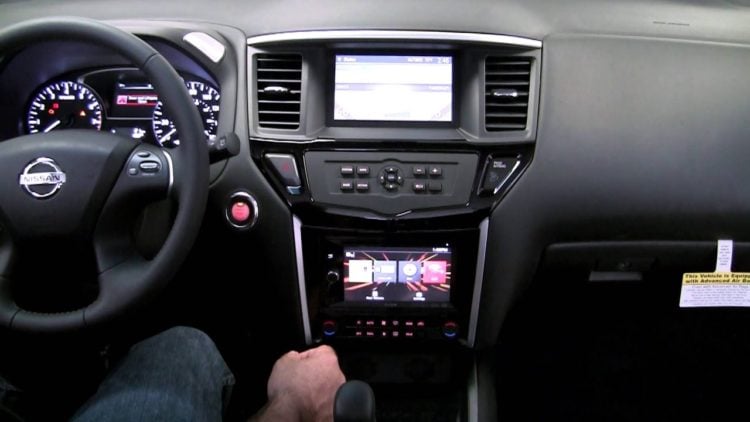 The 2013 the new Pathfinder SUV made its appearance with yet more changes. It went back to the uni-body design with more focus on road use than off road. The weight of the vehicle was reduced by 500 pounds to enhance the quality of the ride in the front drive model. The medium sized SUV lost a little of its towing capacity by paring down the capacity of the on road models to 5,000 pounds for the fourth generation. The addition of luxury features including the child safety seat in the third row and second row seat travel for easier access to the third row were luxury innovations that added to the comfort of the interior for passengers and the 60/40 split seat allowed for an extra 8.4 cubic feet of cargo space when the room wasn’t needed for passengers. Fuel efficiency was increased with the new 3.5 liter DOHC V6 motor with a new Xtronic transmission that cut fuel consumption down and gave the vehicle 27 mpg on the highway. 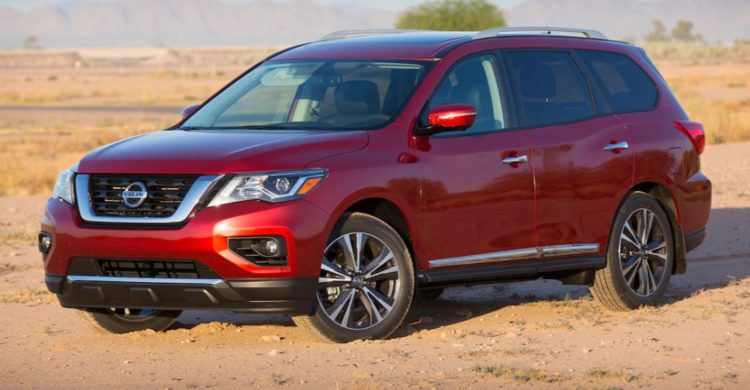 From 2016 to the present, the Pathfinder has been in its fifth generation. The 2017 model received a refresh with a new infotainment system n the inside and the option for more tech equipment including Forward Emergency braking, a motion activated lift gate and intelligent cruise control. The engine was updated with over half redesigned with new components including a new combustion chamber design, direct injection system, new pistons and more. The front grille received a new look along with new LED running lights, fog lights, a new bumper, mirror, innovative integrated turn signals and the wheels were even given a set of new rims.

There’s going to be an new addition to the fifth generation of the Pathfinder for 2020. Just when you were starting to wonder if it was time for a the model to step back and let a new SUV take the lead, news emerges that Nissan is planning to continue the line with yet another upgraded member of the family. The Pathfinder for 2020 is a vehicle that is still under heavy speculation and it’s believed that there is a new upgrade very soon in the future, perhaps for the 2020 or the 2021 model, but little is known about the upcoming model year and that’s the way that Nissan likes to keep it.

What we’ve learned so far

Cars Direct was kind enough to share what little intel they have on the new Pathfinder. They do mention that the previous generation featured a lot of updates so we may see some with the 2020 model as well. So far, we know that the Pathfinder has maintained a steady evolution that has taken its aesthetics from more truck like, to possessing the exterior features of a car. There is also speculation that we may see changes in the styling with a more angular appearance, but nothing has been confirmed as of this time.

Looking back to 1985 and following the history and evolution of the Nissan Pathfinder, we can see how far the vehicle has come in the 34 years since it was first introduced. The evolution has been nothing short of spectacular and although it came into the game a little late, Nissan did a stellar job of catching up with the competition with its mid sized SUV. We’ve seen the beginnings of an on and off road vehicle geared for busy and active families morph into an SUV with all of the luxury features and handling responsiveness that is ideal for the modern soccer mom taking kids to their games or the family who seeks adventure on a day trip to a national park. It’s a versatile SUV, although it’s more like a car than a truck, don’t underestimate its capabilities. The Nissan Pathfinder is one of the most attractive and fun SUVs to drive on the market today and it’s going to be interesting to see what the design team comes up with next. 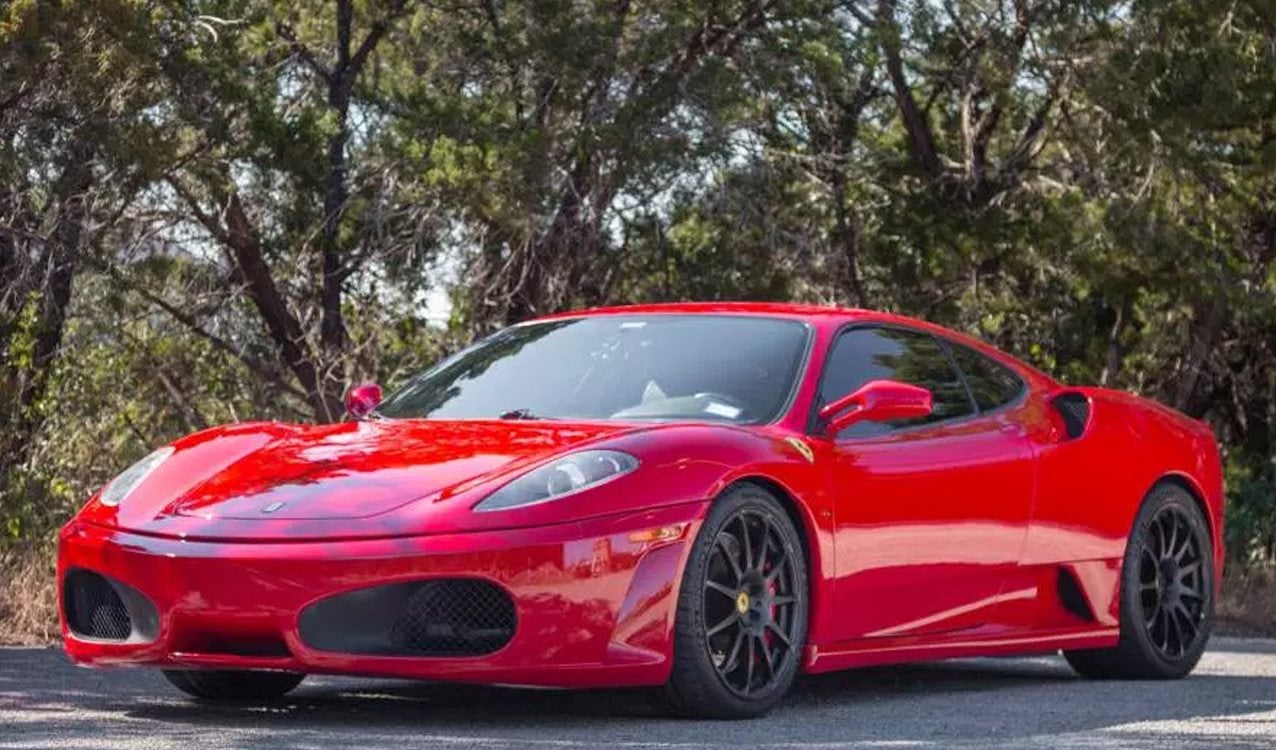 The 2004 Ferrari F430 Scuderia is another masterpiece produced by Ferrari…. 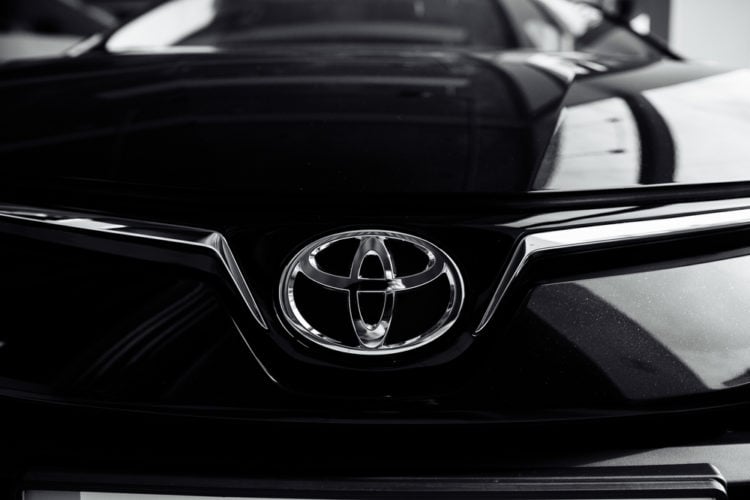 Ever since Toyota first came on the scene for the United… 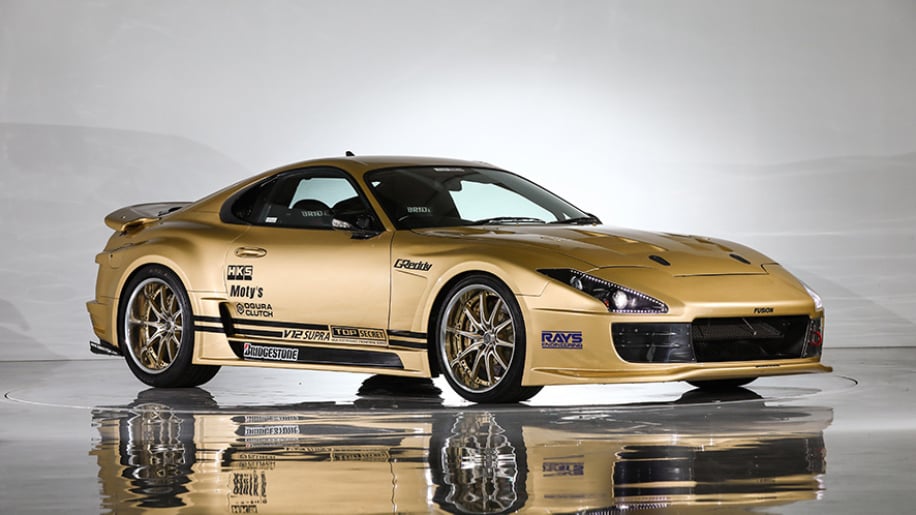 Toyota has been keeping a secret but the word is out…. 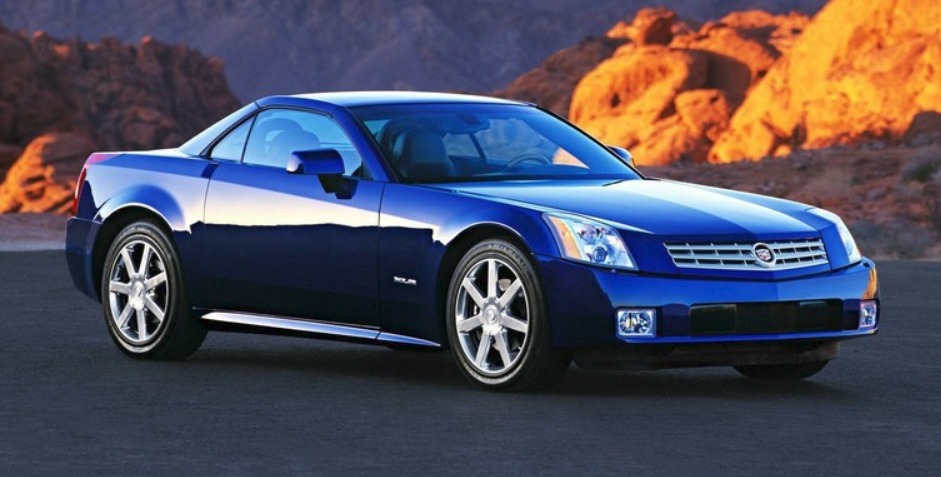 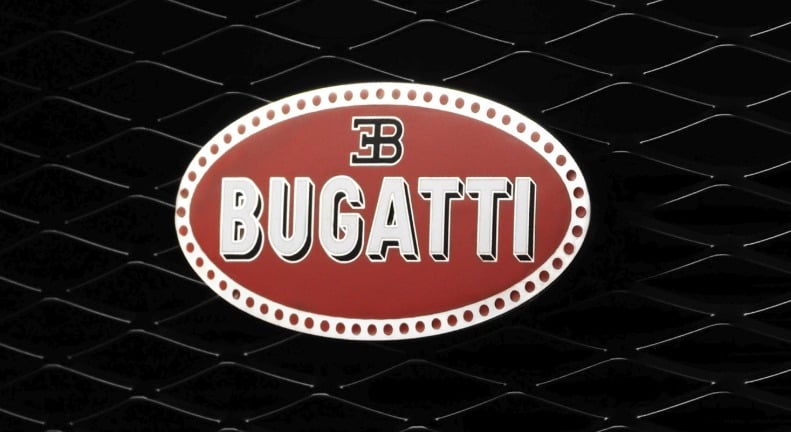 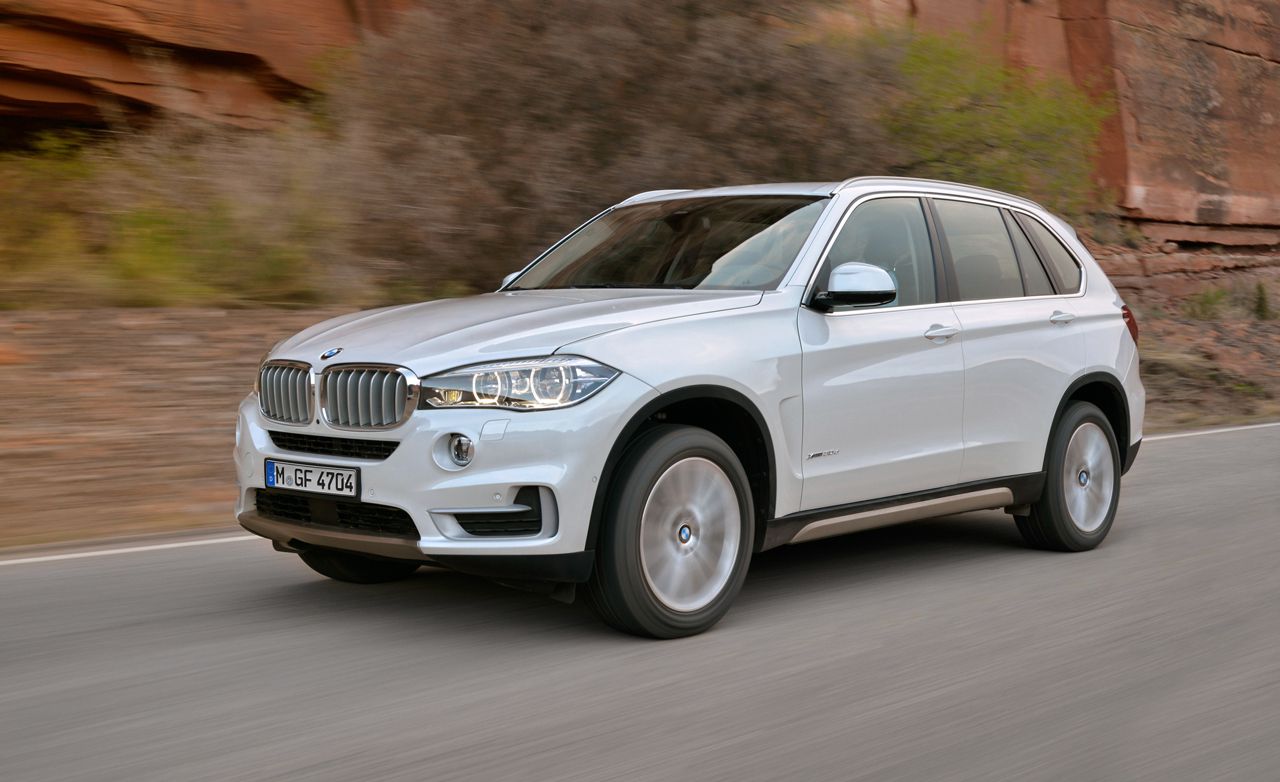 The Bavarian Motor Works auto manufacturer produces some of the finest…