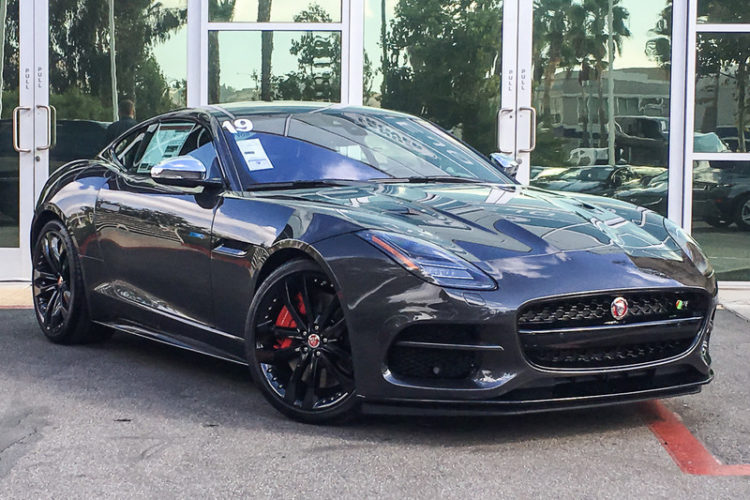 The Jaguar F-Type R is the brand’s latest luxury vehicle. If you’ve not yet heard of it, you’ve been missing out. We’ve done our research on this high-end ride to provide you with the highlights that will stimulate your thinking. If you’re a discriminating driver and you require the very best that the automotive industry has to offer, then here are 10 things you didn’t know about the Jaguar F Type R, and will be happy to learn.

Each new car produced has its own special handling characteristics. The new 2019 Jaguar F Type R has a very distinct character. We got it from the top that it has a superb balance that makes it handle like a dream. If you’ve experienced fun and enjoyment behind the wheel, you’ll have an idea of what we’re talking about. The retuned springs combined with lighter weight affecting the front axles gives it a unique handling for one of a kind driving experience.

2. You have to look hard, but the changes are there

Jaguar has made subtle changes to the new 2019 edition over the previous year. If you pay close attention, you’ll discover that the new model features a brand new set of front bumpers, but that isn’t all. The old bi-xenon headlamps have been completely replaced with a new set of energy efficient and bright LED headlamps. From now on, these new lights will be standard on all models. Here’s where the changes get harder to detect. The lenses of the taillamps are the same shape, but they’re actually a darker red in their shade. If you compared them side by side, you’d see the difference. 3. Jaguar trimmed the fat and gave drivers a bonus

The design team at Jaguar decided that it was time to trim some of the weight off of the new 2019 edition. This is intentional for the purpose of making it lighter for improved handling. They accomplished the task and one of the changes they made was to decrease the thickness of the seats. In addition to shaving 19.4 pounds off the overall weight, it created extra leg room for more driver and passenger comfort.

4. The engine received a boost

Jag enthusiasts have become used to the 2.0 lier Ingenium engine from the XE, but the new turbo four that powers the F Type delivers more horsepower than the previous 2.0-liter with greater efficiency. This finely tuned 5.0-liter V8 cranks out 550 horsepower with 502 lb-ft of torque. It’s got the power but it’s done so without the sacrifice of fuel economy. That’s not bad for switching from a Supercharged V6 to the powerful V8. The average fuel economy for the 2019 is 15 mpg in the city and 23 for highway driving.

5. There’s not much difference in the curb weight between the coupe and the convertible

6. The turbo four is only available in on transmission choice

Although most brands make several options available for their luxury vehicles, the Jaguar F type was only made with one choice in transmission mating. They all come with an 8 speed automatic. Period.

7. It’s only offered in two configurations

You can only purchase the new F-Type R in two configurations. At least you have a choice. It’s offered in a convertible and a 2 door Coupe.

8. The F-Type R turns the intensity on interior luxury up a notch

According to the manufacturer, it’s all about the R, and the new R model of the Jaguar F Type comes with one hell of a personality. The inclusion of Linear Vee aluminum craftsmanship for the center console and the premium leather upholstery with a twin needle stitching is enthusiastic and welcomed.

9. It’s an elite class of automobile

The Jaguar F-Type R is an extra special luxury car that takes refinement to the hilt. It’s as comfortable on the inside as it is beautiful on the outside. Both driver and passenger will have to agree that it not only rides like a dream, but it also drives like one too.

The MSRP for the new Jaguar F-Type R has a starting price of $100,750. While it’s not the most expensive luxury sports car on the market, it’s not the cheapest either. As the old saying goes, you get what you pay for.