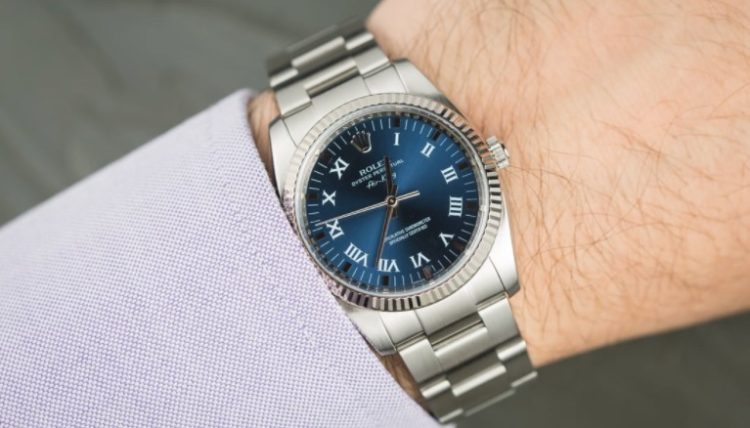 Part of the Oyster Perpetual line of watches, the Rolex Air-King is often described as one of their classics. It was first created in 1945 by Hans Wilsdorf, the founder of Rolex, as a way of honoring the RAF pilots who had fought in the Battle of Britain. Many models of the Air-King have been released since it was first introduced to Rolex’s range, although the line was stopped in 2014. However, Rolex decided to relaunch the Air-King in 2016. The Air-King is considered one of the entry-level watches from this watchmaker as the prices are significantly lower than many other Rolex models. Despite the lower price, the Air-King features the classic designs and the high standards that are synonymous with Rolex. If you are considering purchasing one of these watches, then you need to decide if you want the latest model or if you prefer one of the vintage watches. Of course, which are the best is somewhat a matter of personal opinion, but here are five of the top Rolex Air-King watches that money can buy. 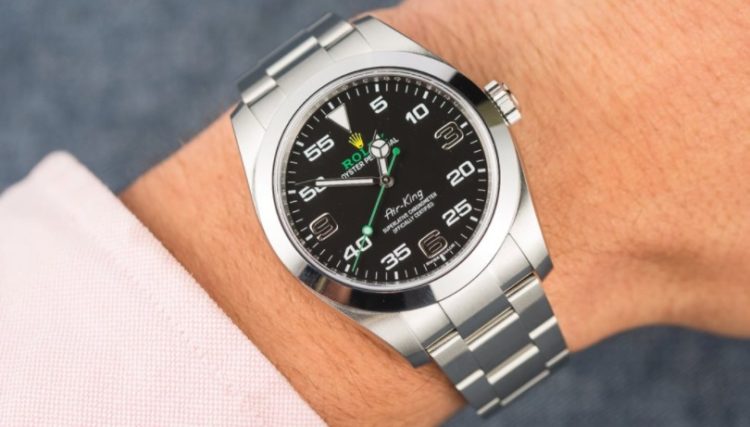 The Rolex Air-King 116900 is the newest model of the watch and was released when Rolex reintroduced the Air-King in 2016. As the newest model, some would argue that this is the best Rolex Air-King watch to purchase as it has the most modern design and updated features. This watch differs greatly to others in the Air-King range; so much so that some feel it doesn’t resemble an Air-King at all and is rather a stand-alone timepiece. For one thing, it is much larger with a 40mm diameter. The dial is black with silver Arabic 3-6-9 numerals interspersed with 5-minute numerals in silver and a green second-hand. It features an Oyster bracelet that is comfortable to wear and an Oyster clasp that is smooth to operate. Another aspect of this watch that makes it so comfortable is that it is lighter than previous Air-King models. 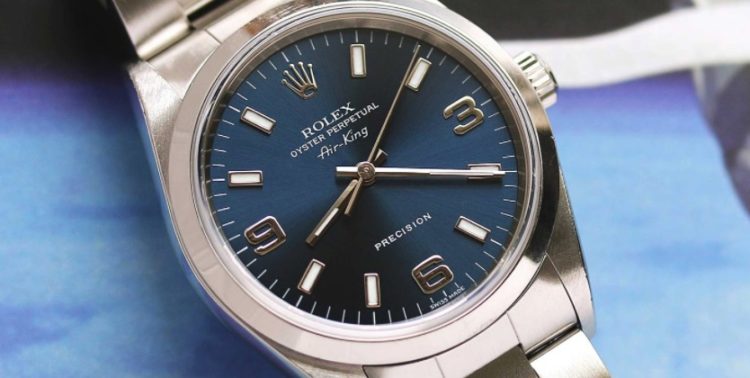 The Rolex Air-King 14000 was introduced in 1989 and is one of the most popular choices amongst those who want a vintage Rolex watch, and also one of the most widely available. It has been described as highly wearable and practical. This watch has a stainless steel case with smooth bezel and measures 34mm. It has a 3130 movement and a scratch-resistant sapphire crystal face. The dial is blue with silver stick hour markers. An updated version of this watch with a silver case was introduced in 2000 called the Air-King 41000M. This particular version of the Air-King was introduced in 1957. When this was first released, it was considered to have an innovative and modern design in comparison to its predecessors. Of course, in comparison to the watches of the 21st century, the Rolex Air-King 5500 is considered to have a classic aesthetic. The sleek silver dial featured silver stick hour markers, just like the 6652 from 1953, but differed significantly to the 4925 and the 4499 as these both had a combination of stick hour markers and Arabic numerals. It has a caliber 1520/1530 movement, a smooth case and bezel, and a stainless steel Oyster bracelet.

This watch was introduced the range in 1945 along with the 114200 and the 114210. It featured a white gold fluted bezel and it is the only watch in the Air-king range made from this material. The dial is an attractive blue with white Roman numerals. It retained the same 34mm diameter of its predecessor, the 14000, but is thicker and has a generally bulkier appearance. Prior to the revival of the Air-King in 2016, this was the last Air-King model that Rolex produced, and this has added to the desirability of the model. This watch is COSC-certified. If you are the sort of person who enjoys the history of a product or you want to boast that you have one of the first models created by a brand, then the Rolex Air-King 4499 is the best option as this was one of the first watches in the Air-King line. It was introduced into the Oyster Perpetual line in 1945. This watch was probably the simplest design in the range, but it has a certain classic charm. It has quite a basic dial that features Mercedes hands. The case, the bracelet, and the bezel are crafted from stainless steel and it has a 10.5 movement.