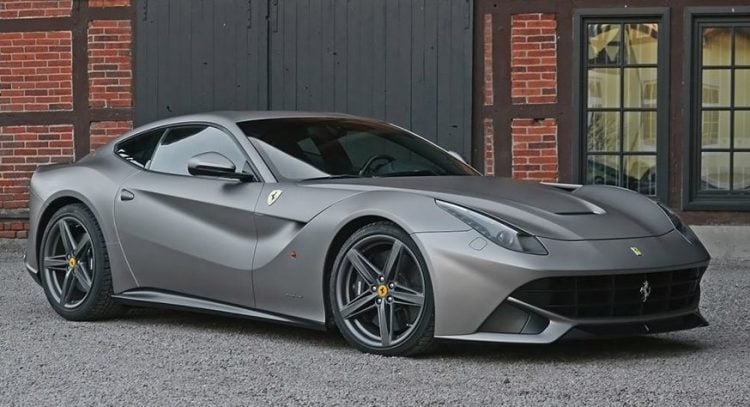 Although founded in 1939 by Enzo Ferrari, it wasn’t until 1947 that the company was recognized as an auto manufacturer when it completed its first car with a Ferrari badge. Today, Ferrari is the most powerful brand in the world, at least based on Brand Finance. Throughout its history, Ferrari has been praised for its consistent participation in racing, particularly Formula One, where it holds the most constructor championships (sixteen) and the most winning drivers (fifteen).

Ferrari is also one of (if not the) most popular sports car manufacturer in the world. From the idea of a carpenter’s son, the automobile business has metamorphosed into a luxurious brand with unparalleled performance for road tourers. The company has provided some of the most striking cars ever seen on the road, maintaining a consistent list of extremely fast, stylish, and powerful sports and super-cars desired by collectors around the globe.

Check out our picks for the top ten Ferrari models of all time: 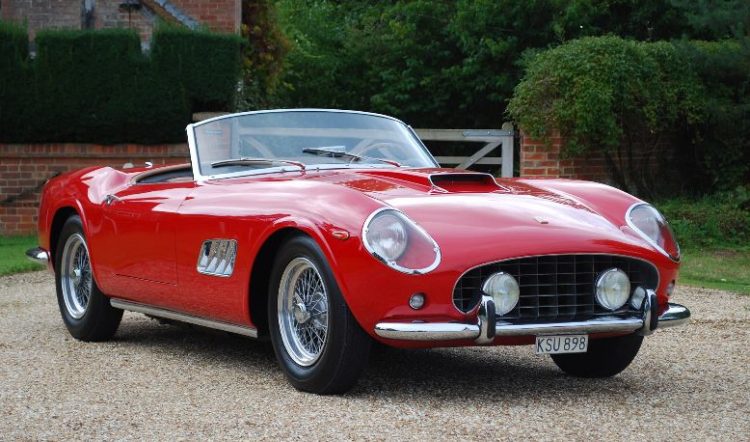 The Ferrari 250GT California was the go to car for the wealthy elite looking to feel the wind and enjoy the sunshine while driving downtown. It had great looks and commanded tremendous respect from onlookers. It was powered by a V12 engine that could achieve 280hp and could perform excellently on the track without compromising on comfort. It is still one of the most attractive cars in the world that is greatly sought after by collectors. 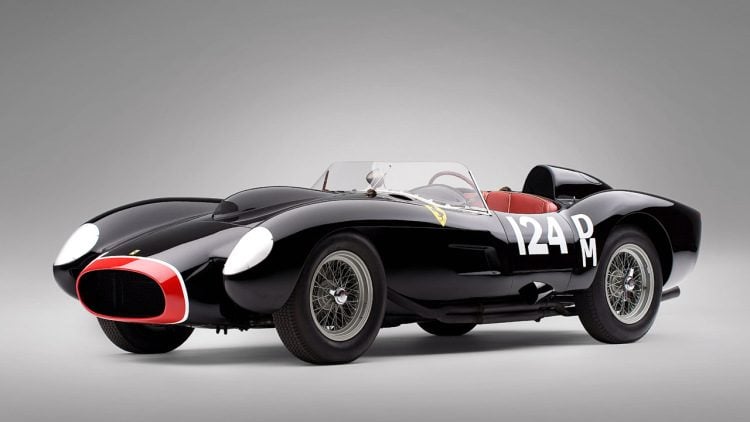 The 250 TestaRossa was based on the 250 line that won several races, including the 1956, 1960, and 1961 Le Mans. The road model was handcrafted by Scaglietti, the best coach builder in Ferrari, and is evident in the delicate design of the front fenders separated from the bonnet. As a result, the car has a Formula One appearance, but the one in which wealthy people drive to and from work. Today, it is still one of the most desirable Ferrari of all time after it was sold at a 2011 auction for $16.4 million. Most people who have been following the Ferrari lineup to date are probably familiar with the Ferrari 250 GTO. Only thirty nine samples were produced from ’62 to ’64, making it one of the hardest Ferraris to find on the planet. The performance is excellent too, as the car has won three FIFA World Championships in a row. Apart from performance, the car features a beautiful design, which was done at Pininfarina under Scaglietti’s leadership. One 250 GTO was said to cost $31 million US in a private auction.

The 275 GTB was basically an upgrade of the Berlinetta series of Ferrari GT, designed by Pininfarina. It was handcrafted by Scaglietti and bred a new series of super cars that gained the popularity of Ferrari enthusiasts, until today. The design is conspicuously responsible for the Berlinettas we see today. 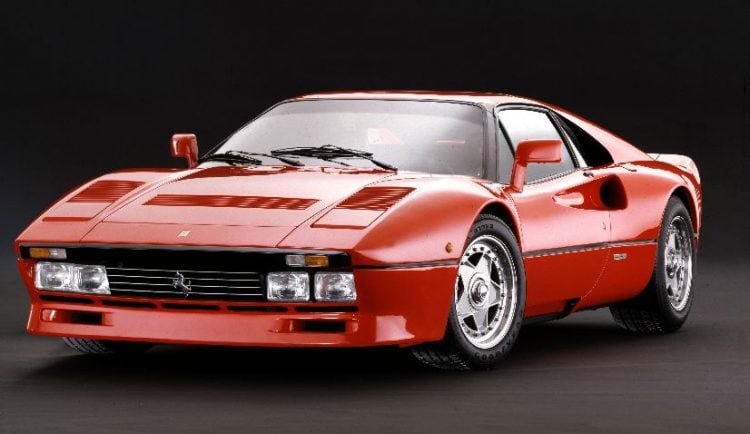 The 288 GTO came 22 years after the first GTO model was released: the 250 GTO. While the GTO models tend to be underpowered these days, they commanded a lot of attention during their time. The 288 GTO introduced the production and development of parts designed from composite materials, leading to a stronger chassis while maintaining a low weight. As a result, the performance was impeccable, with the car looking and performing better than it was actually worth. The last car developed under the Enzo Ferrari leadership, the F40 is still one of the most sought after super cars. The car was built as a last wish from Enzo Ferrari, who wanted to create the best car on the planet. To some extent, his wishes came true. The car was drew inspiration from the 288GTO, which featured great power and jaw-dropping speeds. The main aspect of the design was a tall spoiler that, although not suitable for the sleek appearance of the car, had to be incorporated to prevent the Ferrari from turning skyward as it cruised at a top speed of 196mph. Bearing the same name as the founder, the 2002 Enzo was one of the most iconic Ferraris of all time in terms of stance. The car boasted modern F1 technology, from the paddle shift transmission to the carbon fiber body to the Carbon-ceramic composite disc brakes. The car also came with stimulating aerodynamics, which manually activated the back wing for down-force at a staggering speed of 186mph (300km/h). The Enzo had a sensational design. The nose was inspired by the traditional F1 design, featuring gullwing doors that left boys and men alike drooling over it. The car has maintained its remarkable speed and is still sought after today. 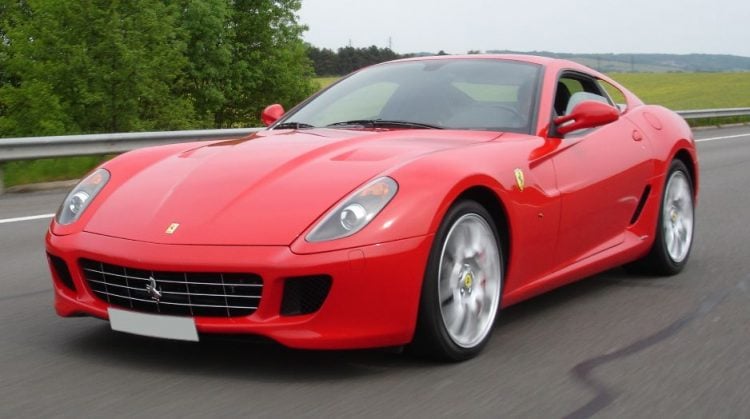 The design in the 599 GTP was exceptional and the power could easily put most of its competitors to shame at the time. The car was launched i 2006 at the Geneva Motor Show and was received positively from the press and audience alike. The stretched bonnet pays homage to the 1967 Daytona while the muscular curves made the car immediately recognizable. It relied on a 6-L V12 engine from Enzo, making it the most powerful production car during its time. These features helped it achieve 620hp. This is one of the rarest cars in the world that achieves a delicate balance between precisely engineered aerodynamics and soulful design. The idea was to create a beautiful car that was lighter and more aerodynamic than the previous Ferarri F430, which did not receive a very desirable welcome. The design was somewhat reminiscent of the Ferarri Enzo, one of the most iconic super-cars in the industry, while the engine was a strong 4.5-L V8 engine. The Berlinetta replaced the diminishing 599 GTB, and came with a design that was highly reminiscent of the previous 275 and 250 GT models. The car also combines elegant style with accurate aerodynamic proportions, as is evident in the carefully crafted vents and scoops that channel air out while creating significant down force. The car looks like it’s moving even when parked, and brags the fastest speed in a production car from Ferrari after the 599 GTO. In addition to the boisterous specs hidden below the gorgeous body, the car could be driven for long distances with restrained power and exceptional comfort.

Did You Know That Cadillac Makes an Ambulance?