Home
Cars
A Closer Look at the C6 ZR1 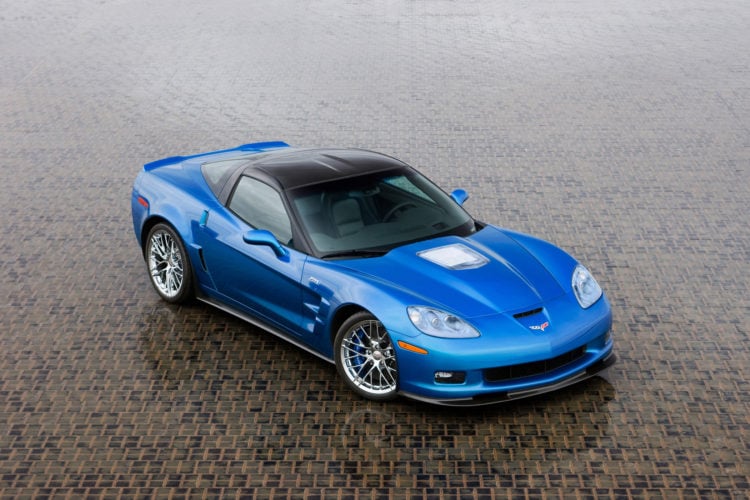 If you’re in the market for a high quality American sports car that eats up the track with all the punch and power of a hurricane, then look no further than the Corvette C6 ZR1 build. The C6 represents the 6th generation of the Chevrolet Corvette, and ran from 2005 to 2013. However, that was the C6 Z06. The ZR1 was quite the unplanned surprise for Corvette fans, and popped upon the marketplace in 2009, and is still known today as the fastest car GM ever built. However, for unknown reasons, GM never included the ZR1 in in racing. However, with the assistance of top class engineering firm, Pratt & Miller, they did modify the C6 ZR1 into a GT2 racer for overseas competition against heavy hitters such as Ferrari and Porsche.

What do you do if you’re one of the worlds top automakers, and have reached your 100th birthday? Well, you celebrate by creating a special edition of the most powerful car in your stable, and that was the Corvette C6 ZR1. The Centennial Edition C6 ZR1 was and still is a very rare car, as only 206 rolled off the assembly line, so if you can catch one today, as the saying goes, consider yourself lucky. Fast facts about the Centennial Edition include, Black cars had a specific paint, called Carbon Flash Metallic, black with red trim cup wheels, and Louis Chevrolet 100th emblems. 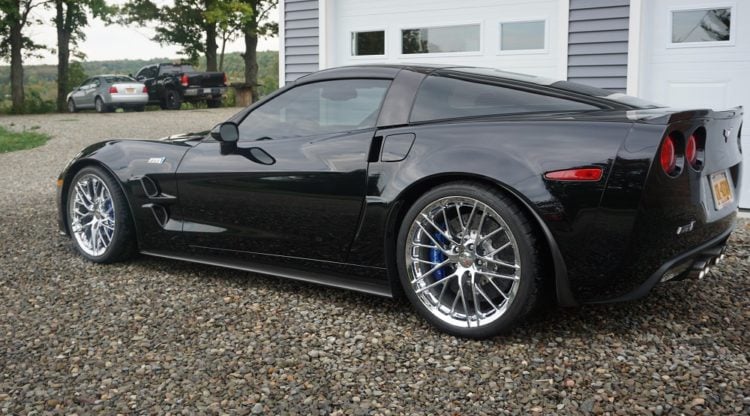 The development of the Z06’s sibling, the C6 RZ1 was purposefully kept under wraps. General Motors had a mind to take the Z06 another step further in development, but to keep everything within the circle of trust, they needed a code name for the new design. General Motors decided on the Blue Devil, named after the official mascot of Duke University, which was GM CEO Rick Wagoner’s alma mater.

3. The ZR1 Build was an Unintended Fluke

According to Corvette legend, The C6 ZR1 build was never on the table.  However, supposedly the CEO at the time, Rick Wagoner found the $60,000 C6 Z06 build so impressive that he wondered “What a $100,000 Corvette would look like? Thus the C6 ZR1 was born. The C6 ZR1 made its debut in 2009, and was developed for speed, becoming the fastest Corvette in history. It’s first ever, forced induction, supercharged engine known as the LS9. The LS9 provided its driver with a punishing 638 horses under the hood, with 604 pound-feet of torque, and a top speed of 205 miles per hour. However, as it’s build was not on the table at the time of development, only 4600 ZR1’s rolled off the assembly line at Bowling Green.

4. The Corvette Engine Build Experience for the ZR1 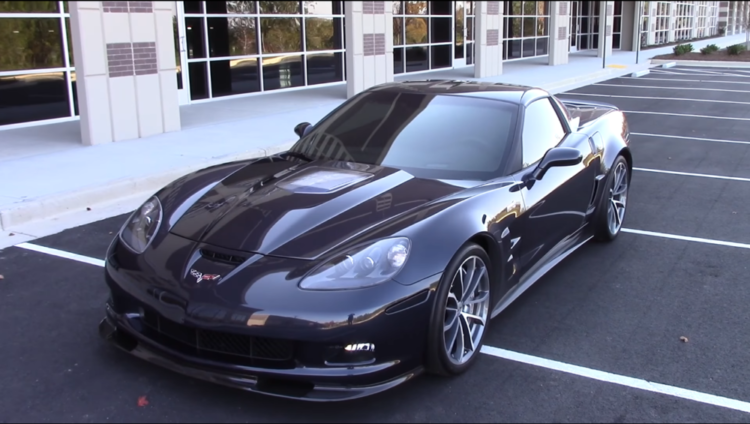 In 2011, Chevy decided to introduce its Corvette fans to a new concept in car buying, which was to offer an individual to become involved in the build of the engine. Back then, the buyer had to travel to the Performance Build Center in Wixom, Michigan, where they worked with engine techs on the assembly line to help in the build of their V8 engine. Although it was initiated in 2011 for both the C6 Z06 and ZR1, this program is still available for those who own a Z06 and ZR1 today

Nurburgring is known as one of the toughest tracks to test a production model. Production models are cars that are made en masse, to be sold to the public. At Nurburgring, Carmakers test their production models for speed and performance, and in 2012, the C6 ZR1 performed remarkably well, attaining a lap time of 7:19 minutes and 63 seconds. According to top engineer Tadge Juechter, ”Testing at the Nurburgring is one of the important methods we have to validate our car in the toughest track conditions.” The C6 RZ1 was driven by Jim Mero, and had not been modified in any way. 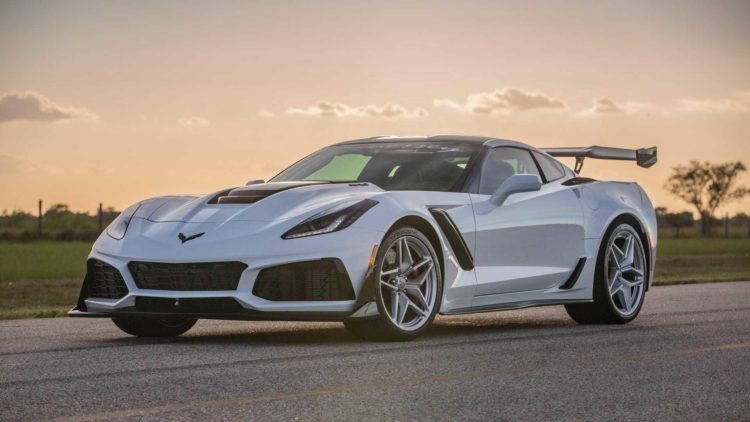 As odd as it may seem, Chevy never really included the powerful and fast C6 ZR1 in racing, as it did others, such as the C4 ZR1. Fortunately today, people are taking notice of the C6 ZR1’s racing abilities via street racing.  Street racing, while not up there with NASCAR, has remained a popular pass time for racing aficionados who work from their garage, hoping to bring in some big money on weekend matchups. With the C6 ZR1’s bottoming out in price, as Corvette fans are out shopping for the newer, C7 production models, street racing fans are finding it much easier to purchase a C6 ZR1 and trick it out. As can be seen by this video, the older, revamped C6 ZR1’s are building themselves quite a reputation on the streets.

If you want to be told the truth regarding cars, there’s no one better than Jay when it comes to bikes and cars. On his show, Jay Leno’s Garage, Jay introduces us to his collection of Corvettes, stating that he’s a huge Corvette fan. In fact, in 2016 Jay raced a C6 Corvette against 2 time world champion, Jet Dragster, Elaine Larson. During his Corvette ZR1 video, Jay walks us through one of the most powerful autos GM ever built, the C6 ZR1, and takes the view through a brief, but concise walkthrough of what it was that made this Corvette the ultimate build. Jay calls the C6 ZR1 “The greatest Corvette in history”. 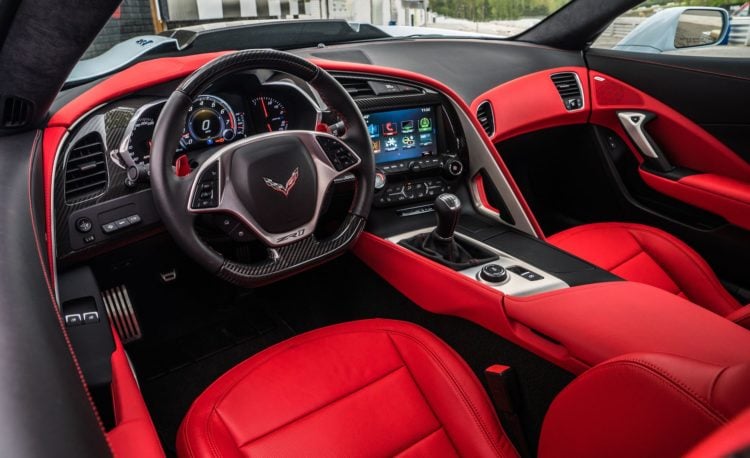 Chevy builds its Corvettes to be street hungry and fast, and they give each type a code name, made up of three characters. But, just what do these characters mean? The three code characters are the Z51, Z06 and ZR1. Z51 is the slowest Corvette, Z06 is a bit faster, which leaves ZR1, the fastest. Here, the Z51 gives you a comfortable car with track ready potential, the Z06 is track ready, and the ZR1 represents the ultimate Corvette build. The ZR1 is ready for the drag strip, right out of the box with no modifications.

As previously mentioned, the new and powerful C6 production model lacked a name during the initial research and development period, and was called the Blue Devil, a sort of code word. However, in 2007, the Blue Devil became the ZR1, where it made its public debut during the Detroit Auto Show, in January of 2008. Other names under consideration for the C6 ZR1 were the Z07 or Super Sport. 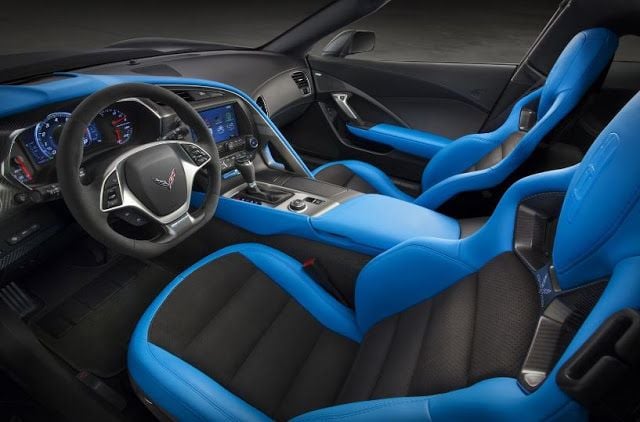 We already know what the 3 codes, Z51, Z06 and ZR1 refer to. But devoted Corvette fans have a theory that the ZR in ZR1 may have further meaning. They believe that the Z and R stands for Zora’s Racer, and the fact that Corvette fans have made inquiries to GM and received no solid answer, means it can go one way or another. In other words, they don’t refute it, nor do they deny it either. This begs the question, who was Zora? If you’re a new fan of the Corvette you probably have no idea. However, seasoned fans know that it stands for the chief engineer who has also been called the Father of the Corvette, Zora Arkus-Duntov.