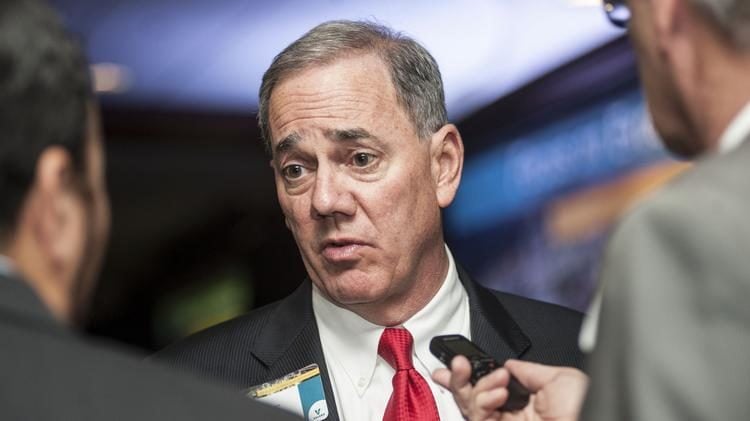 Joseph Gorder is the current head of Valero Energy, which is an oil and gas company that can be found on the Fortune 500. His position can be shown by the fact that he is not just the CEO and President but also the Chairman of the corporation, which speak volumes about the extent of his influence therein. Under Gorder’s leadership, Valero Energy has seen significant expansion both within the United States and without, which is most fitting considering the scope of its revenue-earning operations. Here are 10 things that you may or may not have known about Joseph Gorder:

Currently, Gorder should be best-known for being the person running Valero Energy Corporation, which is a U.S.-based corporation that specializes in the making of fuels as well as other petrochemical products. It is a corporation of considerable size, as shown by the fact that its annual profits must be measured in the billions and billions of dollars.

This can be seen in how Gorder became the President of Valero Energy in 2012, which is a position that he continues to hold to the present.

Likewise, Gorder became CEO in 2014. Some people might be confused by this because both CEOs and President sit at the top of corporate hierarchies. Something that isn’t helped by how the two have duties and responsibilities that are not strictly defined, meaning that there can be significant variation from corporation to corporation. As a result, it is not uncommon for there to be some overlap between them.

Whatever the case, Gorder is the person in charge of something along the lines of 10,000 people in the United States, Canada, and the United Kingdom. Interested individuals should be able to get a good sense of the size of Valero Energy by looking at this figure, which covers its personnel spread across its facilities.

5. Has Been Investing in Logistics

Under Gorder’s leadership, Valero Energy has been investing significant sums into improving the logistics of its revenue-earning operations. Logistics might not be particularly exciting, but it is critical. For proof, look no further than the fact that Valero Energy has been seeing a recent period of expansion, which has been helped by the sums spent on pipelines as well as other infrastructure.

6. Has Been Paying Out Some of the Earnings

Corporations can do one of two things with their earnings. One would be reinvesting those earnings into their revenue-earning operations, while the other would be paying them to their shareholders in the form of dividends. Recently, Valero Energy under Gorder’s leadership paid out something along the lines of 57 percent of its net cash from the first quarter of 2018 to its shareholders.

Recently, Valero Energy expressed optimism about its prospects in the near future, which near future meaning 2018. Its reasoning was based on strong demand from various markets, with an excellent example being Latin America. However, Gorder mentioned how its infrastructure enabled it to respond in a flexible manner to new opportunities springing up as well.

Given the mention of Latin America, it should come as no surprise to learn that Valero Energy is one of the corporations that have been taking an interest in Mexico’s energy market. Something that was sped up by the country’s choice to open up its energy market to increased competition in 2014. With that said, it remains to be seen how the current situation will be affected by recent political changes.

Speaking of which, Gorder’s leadership has shown interest in Peru as well. The best example is how Valero Energy bought out one of the biggest fuel importers operating in said country in recent times. Gorder stated that this was based in part on the fact that Peru has one of the fastest-growing economies in said part of the world. However, he also mentioned that it was helpful to Valero Energy’s expansion plans in the long run as well, which says some interesting things about the corporation’s international priorities.

It is interesting to note that Gorder is an excellent example of a corporate head who has risen to his position from within rather than being picked from without. In total, he has spent more than 20 years working at Valero Energy, which has included a stint that saw him serving as its executive vice president in charge of its marketing as well as other matters.