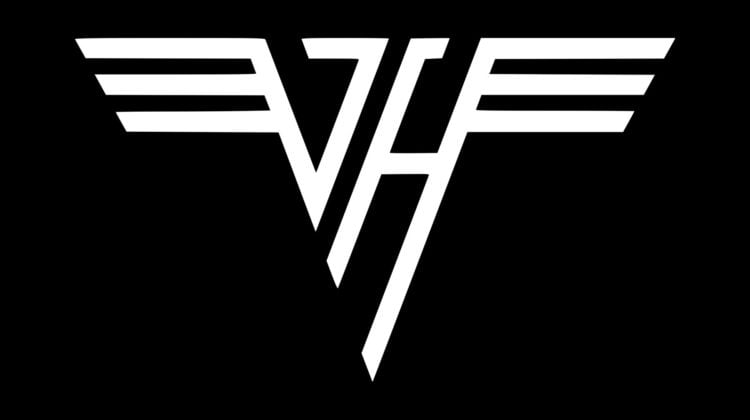 You would have never guessed that the superstar rock and roll band Van Halen had an identity crisis early on. The current logo is a lot different than the original. The logo was just a part of the sometimes painful transformation process that members of the band endured during their early years as a new sensation entering the music industry. Here is a highly interesting history, and the story behind the Van Halen logo.

According to Fandom’s Logopedia, the first Van Halen logo emerged in 1972. It was an in-house project that was drawn by hand by Mark Stone, the original bassist for Van Halen. Stylistically, it was much different than the current version. The left side of the letter V was elongated at the top. It looks like it could have served as the inspiration for the wings that would later be incorporated into the logo. The lettering was simple with a unique combination of capital and lowercase letters (VAnhAlen). Older licensed merchandise such as T-shirts from this era still features the original logo for the band. This logo would remain in use until it was changed in 1978.

The Rock File reveals the story about the Van Halen identity crisis and how the situation impacted the logo. The staff of the site pointed out how the first four albums lacked consistency with the style and use of the Van Halen logo. There appeared to be a great deal of confusion as they went back and forth between a variety of different styles. Up until 1984, there was a good consistency, but after that time it was disappointing to see the nondescript font spelling out the name of the band with no fanfare. It was understandable to ditch the original logo. It was presented with so many sharp hills and V-shaped valleys that it didn’t make a very good impression. It’s more the lack of consistency and blandness that led so many to wonder if Van Halen was having an identity crisis. They certainly were concerning their logo.

1000 Logos provides an image of the 1978 logo that was much closer to the symbol that has been used since that time. The image took on the features of the flying V-wings in a metallic toned capital VH with the name Van Halen placed as a banner through the upper center of the two initial letters. It was a cool look that features blue, black, and yellow accents. An alternate logo was presented to the members of the band by Warner Brothers Records, and it was presented in a jagged font that proved to be disappointing for the group. This was an attempt on the part of the label to force Van Halen into the punk rock mold, which is something that they were not willing to do. Dave Bhang was the creator of the logo that proved to be successful in the end. He introduced the famous and iconic wings that make the logo easy to recognize. It was a simple rendition of the initials of the name VH.

Van Halen had to hold their ground

The battle continued over the punk rock rendition of the logo. The rejected version appeared on a promotional EP. The band was so insistent that the album not be sold that they eventually wore down the execs in charge of the EP. Van Halen won when the label scrapped it. It’s worth noting that the iconic winged initial logo only appeared on two albums. Most fans have wondered why the “coolest logo of all time” wasn’t seen more. The history of the logo discrepancies only serves to support the theory that Van Halen did have an identity crisis when it came to deciding on an image for branding and then sticking with it. If there was ever any confusion about how Van Halen wanted their group represented, there was none when it came to their choice of genre. They were not about to allow a label to bill them as a punk group.

In 1986, the Van Halen logo underwent another change. The V and the H now featured a wrap-around circle instead of the wings. The three rings with a VH were the only elements of the logo, creating a clean look, but it didn’t have the same appeal as the wings. The new logo emerged when Sammy Hagar took over as the lead singer for the band. When Eddie Van Halen checked himself into a rehab facility in March of 2007, the band changed its website and reverted to the original design. It is worth noting that this logo is no longer in use for licensed merchandise. Although there was something almost regal about the lines that wrapped around the back, particularly in gold coloring, it looked more like an engagement ring than the symbol for a rock and roll band.

The world of music has forever changed with the passing of Eddie Van Halen. The logo for the band has also gone through a series of changes without the consistent application that one would expect for a symbol that represents a big name brand. The lack of consistency in the album design and even in the licensed merchandise sold missed the mark by holding to a tried and true favorite. Arguably, the best version of the Van Halen logo, or at least the most memorable, was the iteration that was drawn by Dave Bhang. It was the symbol that the group seemed to be the happiest about. If you ask dyed-in-the-wool Van Halen fans to describe the logo, you would most likely get a description that included the flying wings. These were the most memorable for most fans.