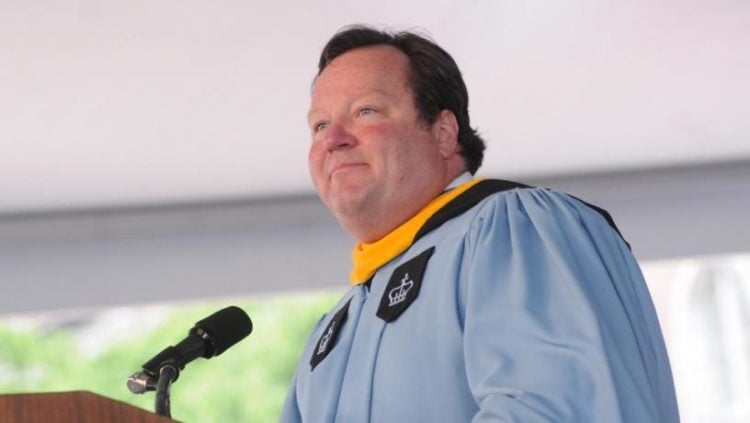 Robert Bakish is the CEO and President of Viacom. He’s held the position since December of 2016 after working several years with the company. We wanted to learn more about him so we looked into his profile and list of accomplishments and we made some interesting discoveries. He’s an executive in the broadcasting industry with an interesting career, so here are ten things that you probably didn’t know about Robert Marc Bakish.

1. He’s a native of New Jersey

Bakish grew up in New ersy. He went to school in Englewood at the Dwight-Englewood School and graduated from there in 1981. He went on to attend Columbia University where he studied in their School of Engineering and Applied Science. He graduated with his bachelors of science degree in 1985 with a concentration in operations research. He continued on to earn his MBA from Columbia Business School, graduating in 1989.

Within a year of graduating with his MBA, Mr. Bakish was hired at the Booz Allen Hamilton company in 1990. The company is a management and technology consulting firm. He worked there out of college and climbed the management ladder, achieving great success. He eventually became a partner within Booz Allen Hamilton’s entertainment and media practice.

3. He joined Viacom as a VP

When Bakish first went to work for Viacom it wasn’t as the head of the company but it was in a leadership position. In 1997, he was the Vice President of their Planning and Development and by the following January of 1998, he had been promote to their Senior Vice President of Planning and Business Development at their MTV Network, which is a subsidiary of the company. He was given the title of Executive Vice President and Chief Operating Officer of MTV’s advertising sales from 2001 through 2004.

In 2004, Viacom appointed Robert Bakish as the Executive Vice President of Operations at the parent company Viacom, Inc. The title changed in 2006 to Executive Vice President of Viacom Enterprises. He led the strategic planning as well as the company’s business development. he was also in charge of several business units under Viacom Enterprises including Viacom Plus sales, Famous Players, Famous Music, their cross-divisional marketing council and their information services and technology.

Bakish was made the President of MTV Networks international at the beginning of 2007. He was responsible for the oversight of all of MTV Networks’ business operations outside of the United States. He made big changes in the beginning including merging some of the companies and cutting the workforce by 8 percent. During the time of his leadership in this division he established the Colors network franchise in India, which became very popular. Under his leadership MTVNI experienced growth in the double digits.

Bakish is responsible for turning the Viacom company around and improving its financial situation. This earned him well deserved recognition and praise. He was listed by the Hollywood Reporter in its listing of The most powerful people in entertainment 2018 as number 20 out of 100.

In addition to his responsibilities as CEO he is also charged with sitting on Viacom’s Board of Directors. He was appointed to the board in 2016. He also sits on the Avid Technology Board of Directors. His opinion is highly valued in the entertainment business industry and beyond.

8. He also sits on other boards

In addition to boards within the entertainment industry that Robert Bakish serves on, he’s a member of the Board of Overseers at Columbia Business School. He also sits on the Board of Visitors at the School of Engineering and Applied Science at Columbia University. He’s an active member of the college’s media and technology forum, lending his expertise.

Robert Bakish is a very busy executive with his responsibilities leading the Viacom company, and all of the various boards and forums that he serves on. He also has a wife and kids. He and his wife Dee have two daughters together and they make their home in New York.

10. He knows where to trim the fat

In 2017, Bakish knew that he had to take strict measures to restructure Viacom and turn the company around. Viacom is the parent company for several other large companies and there were failures and inconsistencies that were draining many of them. He started with a thorough housecleaning operation. He worked hard to improve the focus of the company as well as its morale. Several executives within Viacom’s subsidiaries were replaced. By the time he was finished, the company was in much better condition and he had achieved several objectives for improving Viacom which earned him respect in the industry and accolades.