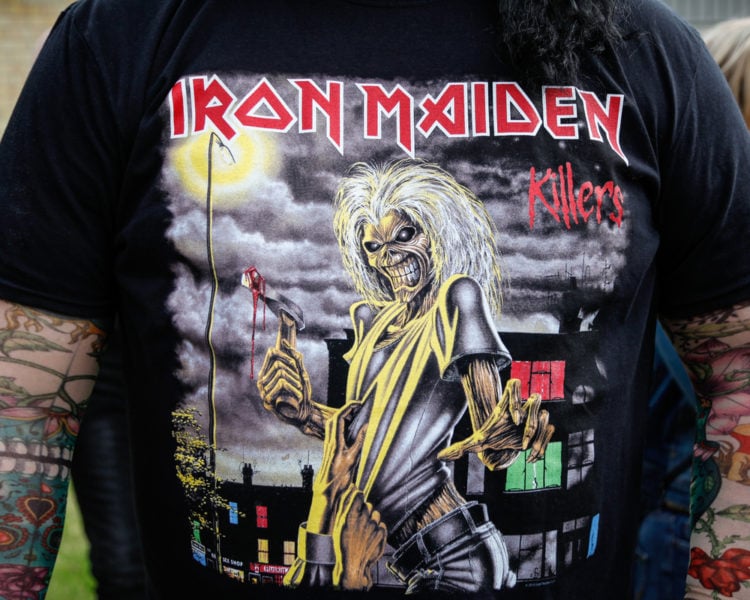 Iron Maiden is a name of note in rock music. For those who are unfamiliar, it is an English band founded by the bassist Steve Harris in 1975. As such, Iron Maiden was one of the pioneers of the new wave of British heavy metal that came into existence in the late 1970s before breaking onto the international scene in the early 1980s. However, what makes it special is its staying power, which can be seen in how its 2010 and 2015 releases were still capable of securing number ones in numerous countries. Something that speaks volumes because Iron Maiden has been around for four decades and counting.

How Did Iron Maiden Get Its Name?

Perhaps unsurprisingly, Iron Maiden is named for the iron maiden. This would be the metal cabinet big enough to enclose a human being once its hinged front has been shut, which would be very unpleasant for the occupant because of the inward-facing spikes on the interior. As for why the iron maiden is called the iron maiden, it is very common for examples to have the face of a woman on top, which may or may not represent the Virgin Mary.

It is interesting to note that the iron maiden has a much exaggerated reputation. A wide range of cultures have come up with a wide range of horrible ways to kill people. For example, the ancient Romans liked to subject criminals to fatal re-enactments of Greco-Roman myths. Likewise, the medieval English punishment for high treason was the very literal process of hanging, drawing, and quartering. Despite this, the evidence for the historical use of iron maidens ranges from nonexistent to next-to-nonexistent. Yes, there are claims of similar tortures from earlier periods. One example would be the claim that the Carthaginians executed a Roman commander named Marcus Atilius Regulus by packing him into a wooden box with nails pointed inwards. Another example would be the claim that a Spartan king named Nabis had a nail-covered automaton built in the image of his wife, which could be used to torture his victims with its embrace. However, the iron maiden itself seems to have been the invention of one Johann Philipp Siebenkees who claimed in his 18th century guidebook that Nuremberg had executed a criminal using such a device in 1515.

Unfortunately, there was a lot of enthusiasm in the early modern era for the idea of medieval Europeans using iron maidens as well as a wide range of other devices to torture victims. After all, there was a strong desire for people to see themselves as being superior to their predecessors, which has continued into the present to a considerable extent. Other examples of this can be seen in everything from the belief that medieval Europeans didn’t bathe to the belief that medieval Europeans didn’t fight with any skill whatsoever but were instead wholly reliant on brute force. Having said that, it is worth mentioning that the medieval Europeans conducted plenty of torture. However, the evidence suggests that they used much simpler means than those ascribed to them by the people of the early modern era.

Curiously, Steve Harris wasn’t inspired to call his band Iron Maiden by the direct image of an iron maiden. Instead, he saw a movie based on Alexandre Dumas’ The Vicomte of Bragelonne: Ten Years Later, which for those who are unfamiliar with the name, might be better-known to them because it contains a volume called The Man in the Iron Mask. This time, the titular individual was a real person who was arrested in either 1669 or 1670 before being held in various French prisons until his death in 1703, though it should be mentioned that he wore a mask of black velvet cloth rather than a mask of iron. Even now, it is unclear who this person was. However, speculation on the matter has been rife for a very long time, as shown by how Voltaire claimed that the Man in the Iron Mask was the older, illegitimate brother of the French king Louis XIV. Other proposals have ranged from someone involved in a number of political scandals of the time to much more sensational options such as Louis XIV’s twin brother that was used in The Vicomte of Bragelonne: Ten Years Later. The iron mask tends to be very literal in movies based on the book, which is how Steve Harris became reminded of an iron maiden.

How Did Iron Maiden Get Its Logo?

The Iron Maiden logo is one of those logos that are simple and straightforward but nonetheless capable of making a very strong impression on those who see it. For those who are unfamiliar, it consists of capital letters spelling out the band’s name, which stand out for a couple of reasons. One, the letters are in a very angular font called Metal Lord. Two, the letters tend to be rendered in a combination of red, black, and white.

It is unclear how Metal Lord came to be. Steve Harris has made a claim that he came up with the Iron Maiden logo. However, interested individuals have noticed that Metal Lord bears a striking resemblance to the font used for the title of the 1976 sci-fi movie The Man Who Fell to Earth, which tends to be best-remembered for featuring David Bowie’s first starring role in said medium. Whatever the case, Metal Lord communicates a sense of strength without being too regular and too regimented, thus making it well-suited for a banner-bearer of heavy metal. Meanwhile, both red and black are powerful colors that make for a classic combination. Red is full of passion and power, while black is evocative of a more elegant kind of strength. The white in the Iron Maiden logo tends to be much more subtle than the other two, with the result that it serves to emphasize them through the magic of contrast. Technically, there have been changes to the main Iron Maiden logo over time. However, these changes have been relatively minor. This makes sense because the Iron Maiden logo is so well-suited for its intended purpose, meaning that there is very little need for more notable changes. There are variants on the Iron Maiden logo that see use in a wide range of contexts, but even so, they are clearly recognizable as variants and nothing but variants.