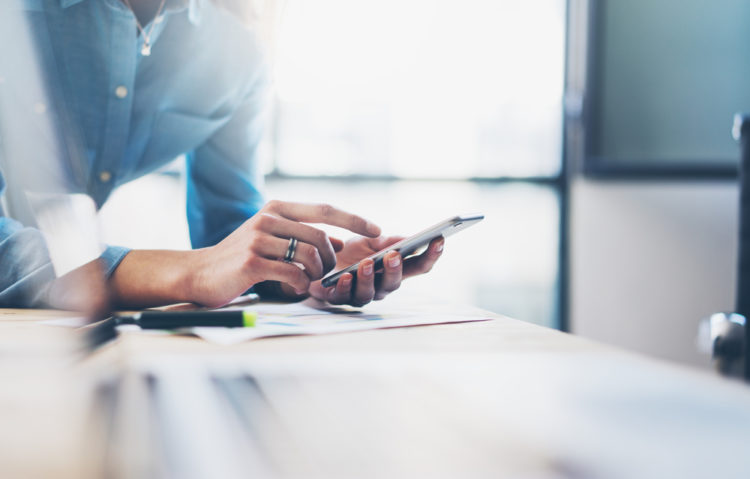 Viva Republica is the parent company of the Toss application. Toss is the app that was created to serve as a mobile finance platform for simplifying payment procedures. It’s become popular as a more convenient payment method for merchants and their customers and it has skyrocketed the Viva Republica company to dizzying heights of success. Viva Republica is a startup that merits watching because of its modern and innovative technology solutions that are making it a profitable company for its owners and investors. Here are 20 things you probably didn’t know about Viva Republica to fill in important details about its origins, successes, and prospects for the future.

According to Crunchbase, information about Viva Republica is often listed under the name of the app that the startup has produced. From the news reports we’ve read and the facts that we’ve gathered, Toss is used as the name of the company frequently, but this isn’t its legal name. The legal name that the startup was registered with is Viva Republica Co. Ltd. This is the legal owner of the Toss platform, but you will still find the two names are used to describe the same organization.

Viva Republica is a startup that was established in 2011. The founder of the company is Mr. Seunggun Lee. He is a citizen of South Korea. The application provides a necessary financial bridge for people in South Korea who were underserved by the previous financial services that were available to them before Toss was launched.

3. The founder of Viva Republica is a dentist

Seunggun Lee attended college and earned his credentials as a licensed dentist and oral surgeon. This was his first career choice, but he is no longer practicing dentistry. It’s interesting that before Toss he was filling teeth. He is instead, filling a serious financial services gap for the people who live in South Korea.

4. Toss has improved the lives of South Koreans

Viva Republica’s app called Toss provides South Koreans with several financial services that were not previously available. Among these services are peer-to-peer money transfers, loan and insurance plans, credit score and bank account management, QR payment, and options for taking care of everyday financial transactions in one convenient mobile-based app. Toss is the first platform of its kind to be allowed in the country.

6. Toss has a 2-person board of directors

The board of directors for Toss/Viva Republica consists of just two members. Eric J. Kim is a co-founder and managing partner of Goodwater Capital, an investor in Toss. He currently serves on six board and advisory committees. He has personally founded two organizations. Mr. Han Kim is the managing director for Altos Ventures. He currently serves on the board of sixteen organizations providing advisement. He has personally founded one organization. Although the board of directors for Viva Republica is small, the two members are highly qualified, experienced, and skilled in providing useful insights for governing the direction that Viva Republica will take in the future.

Viva Republica uses a total of 48 technologies just to power its website. These technologies are distributed over 27 technology products and services. This kind of technology is expensive and generally contributes to tens of thousands of dollars in overhead expenses for the IT budgets annually. Some of the tech products used include iPhone Mobile Compatible, Viewport Meta, SSL by Default, jQuery, HTML5, Google Analytics, and many more.

8. Business is currently up for Viva Republica

The analytics tracked for the Toss app shows that there has been an impressive growth rate of monthly downloads for the app. The figure is a whopping 50.26 percent. In the last 30 days, there have been 2,757,410 downloads made. The most popular apps include Toss Reward, Top-up, Free Account, and Card. Downloads are made through Google Play and Itunes Connect. Other popular downloads include Toss, DaLink, and Toss Cash.

9. Viva Republica has a high volume of web traffic

The web traffic is also analyzed to track the number of visits that are made to the website at any given time. The statistical data shows that people visit the site to learn more about the Toss payment platform. The average number of monthly visits to the website is 2,026,096. This has boosted the ranking of Viva Republica/Toss to number 25,739 of the millions of websites that are registered on the world wide web. This is impressive posturing for the fintech company.

10. Viva Republica is the most popular in South Korea

11. Toss is a venture capital-funded enterprise

Viva Republica has secured venture capital funds for $844.2 million so far. The most recent H Series round closed on June 22, 2021. Toss has attracted a total of 22 investors who have high confidence in the likelihood of receiving a healthy return on the investments made. The Series H round confirms that Toss/Viva Republica is a late-stage VC company.

12. The range of products and services has expanded

Viva Republica has expanded the range of services provided by Toss. According to CB Insights, the mobile app provides a broader range of financial services. it now includes a financial dashboard along with customized loan and insurance plans. It has added multiple investment services to the platform as well as a financial dashboard. Dr. Lee is an entrepreneur who is on a mission to provide his fellow countrymen with the financial services that are the most needed and desired. He grew upset when he saw the large gap between the state-controlled financial system and the actual needs of the people for everyday payment and financial transactions that most others take for granted. They were at a disadvantage when compared with people in other countries. There were huge gaps in the services that were provided and the system lacked many of the modern conveniences that were afforded to people from other parts of the world.

According to VC Bay News, Toss has been expanded to include a total of forty different financial services through a single platform. We were impressed to discover that the developers were able to pack so much into one convenient app. It is now referred to as a “Super App” by the founder of the company. He has gone over and above in his fervor to improve the financial services for South Koreans. Lee has accomplished something that no other private citizen has been able to do in the known history of the company.

14. Viva Republica will launch a Bank

We just learned that Viva Republica received an extra $410 million in VC funding during its last round of funding. It has some big plans for the money. Alkeon capital, which is an American VC firm, with Korea Development Bank, Altos Ventures, and Greyhound Capital all came on board for the event to secure funding to launch the new Toss Bank. The neobank is scheduled to open for business in September of 2021. Toss Bank will provide a variety of financial services for its customers, including savings accounts that offer good interest rates, The main focus of the bank will be on lending and providing affordable loans for South Koreans. We can expect to see the new financial institution roll out unsecured loans, mortgages, and other types of lending. The bank will work off the Toss app that is currently in use. The leadership at Viva Republicca saw no reason to create a separate app when banking services can be accessed from the same app as the other services, simultaneously.

15. Viva Republica shares are not available to the public

If you’re interested in buying shares in Viva Republica, they’re not available. This is because it is not a publicly listed enterprise. It’s still privately funded through venture capital firms and private investors. Seunggun Lee is the owner and it is still privately held. The startup has grown and thrived without the need to take it to the public arena.

16. There are plans to expand overseas

Seunggun Lee shared that Toss is getting ready for yet another expansion. There are things in the works to offer the Toss platform in Vietnam as well as in other countries. This has taken a great deal of work to figure out the red tape that is generated by the governments in charge of regulatory restriction and limitations. Vietnam became the company’s first international market. It was launched in Vietnam in 2020. Some 3 million users are active with the app from Vietnam currently and Toss hopes to increase that number. There are plans to further expand the services into other countries throughout Southeast Asia.

17. Lee didn’t get much support when he started Viva Republica

Seungunn has achieved a remarkable feat by implementing the Toss platform for South Koreans. At the time he began the development of the app, it was illegal in South Korea. His parents would not support his efforts because they are traditional and believed it was dangerous to leave a solid profession to attempt something unlawful. Lee didn’t seem to care whether it was legal or not at the time. He was willing to take the chance to help provide his fellow countrymen with equal opportunities for financial services. He worked with the governmental regulators and eventually convinced them to relax the laws and allow him to legally found the company and launch the app.

18. Seunggun Lee is recognized for his work with Toss

Dr. Lee left his dental practice to focus on Viva Republica and the Toss app. He received a commendation from the Small and Medium Business Administration in 2014 and also won first prize for the D.CAMP Banks Foundation for Young Entrepreneurs during a Demo Day competition for startups.

19. Viva Republica is a unicorn company

According to Techcrunch, Viva Republica has reached the status of a unicorn. This grand event occurred in 2018 when it reached the required $1 billion valuation. It’s been nearly three years since that happened and the current post-money valuation after the last fundraising round closed is at $7.4 billion. This figure is more than seven times the necessary amount to qualify for the elite group of very wealthy companies.

20. Viva Republica is just getting started

It’s remarkable how a company that was started on a shoestring and bootstrapped by a young founder could grow to the size of a giant. The passion of Seunggun Lee and his desire to help people enjoy the benefits of convenient and modern financial services is the reason why South Korea enjoys its modern payment platform for making everyday financial transactions and beyond. He’s an entrepreneur to keep your eye on and it’s looking good for the future success of Viva Republica. 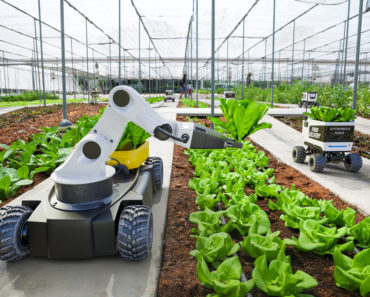 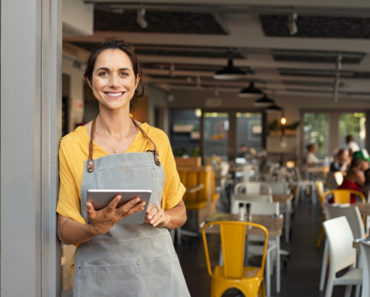 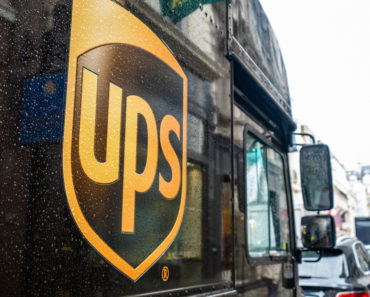 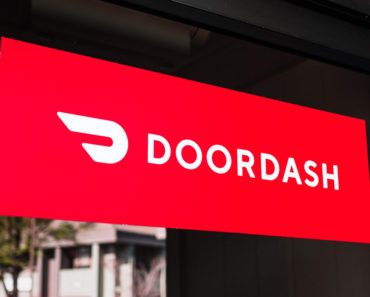 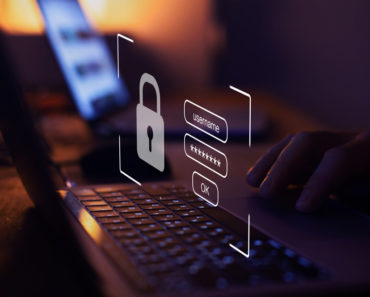