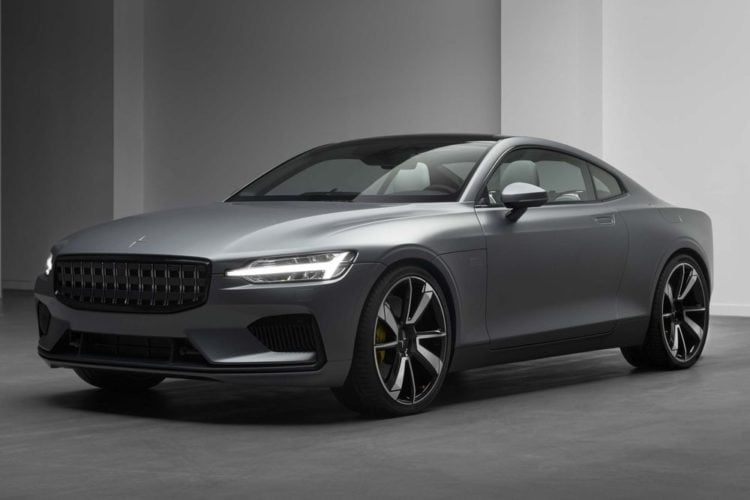 Since electric cars broke into the market, car companies have had lots of big dreams. Making them better and more compatible with our modern lifestyle has been second only to making the electric running features more efficient and convenient, and great strides have been made in both areas. It seems that the electric vehicle has come far enough in our world to have a substantial place in our lives after all.

Volvo, the German-based automobile manufacturer, has been know for breaking ground in many areas over the years. Their advanced steering system is what dreams are made of, and many other features they have focused on perfecting have become coveted by drivers the world over. It seems only natural that they would get involved in the race to design and build the best, most efficient electric auto. Hence, the creation of Polestar.

The Polestar name was first introduced with Flash Engineering, and eventually Polestar Racing, but is now its own automotive brand, owned jointly by Volvo’s parent company, Geely, and Volvo itself. But Polestar hasn’t been satisfied to simply make good cars and involve themselves in the racing game; they wanted to remain consistent and up to date, producing competitive vehicles that are able to stand up to whatever is around it, in keeping with the technology of the times.

Now we have the Polestar brand, which thus far has produced gas-powered automobiles, and then upgraded to hybrids of the plug-in variety. It’s the electric cars that Polestar produces that we are interested in, as the manufacturer is now introducing an all-electric vehicle that is not only efficient and capable, but looks incredibly hot, as well. The 2020 Geneva Motor Show will see the unveiling of the Polestar Precept later this year. As its name insinuates, the Precept has pretty much laid down the law when it comes to the future of the electric automobile, continuing to challenge Tesla as the company has for so many years. The new four-door electric car is designed as a grand tourer, and the concept boasts the newest digital interfacing, an all-new interior that is completely sustainable, and all-new eye-tracking technology, but that’s only the beginning.

With future plans that include even more sustainable interior options and other tech advances, the car is going to pretty much set the bar as far as the competition goes. While the hybrids we know are not only good, but in some cases top-of-the-line, there is always room for improvements, which normally come with time. However, Polestar brings the future into today with some of the innovative features it has included in the Precept. This is giving other car manufacturers something to consider. Rather than thinking about the cars they are producing today for our tomorrow, they suddenly find themselves forced into thinking about tomorrow’s product today. As far as features go, the new Precept is loaded with them. Let’s take a look at some of the new standard features, and the extras, that can be found on it, both inside and out. We dare say that some of them will surprise you.

All of the above features are just the beginning. There is much, much more to look forward to when it comes to the new Precept concept car. Be sure to check out all of the extras and features at.

Summing Up A Brand-New Legend Well, that pretty much says it all. The 2020 Polestar Precept looks, and acts, like the thing dreams are made of, not to mention science fiction movies. But the fact is that the future is right here, right now. From the aerodynamic, space-age-looking body design to the fact that the car is entirely electric and pretty much intellectually self-sufficient, what the public will have offered to them is nothing short of amazing. If you’re already anxious to check it out, you can do so at the link above, if you find you can’t wait for the unveiling. And you may want to mark down its official release on the calendar, because that’s the day that the standard for all future automobiles will be set in stone, from that day forward. Until then, happy driving, and always play it safe, because your life, and the lives of your passengers, is in your hands when you’re at the wheel.