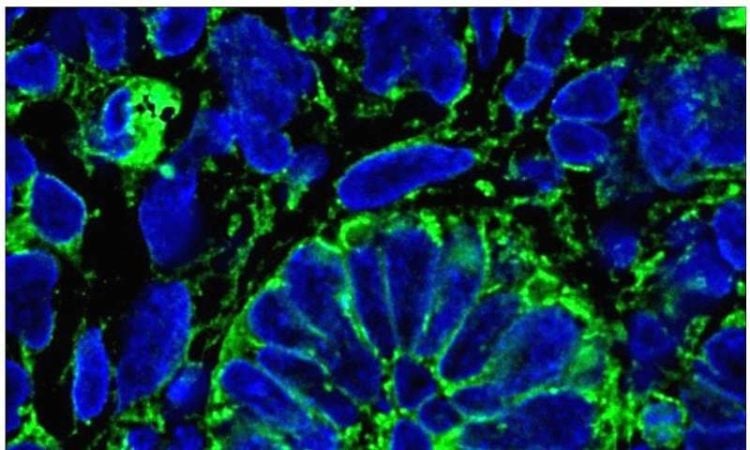 The human body is truly an amazing creation. Most healthy people pay no attention to its ability to continue functioning even after one of its major parts goes missing or stops working. We have two kidneys yet are able to function almost normally with only one. Unfortunately, disease often strikes both kidneys and leaves few options for the victim. One is to seek a suitable kidney donor and have a transplant performed, the other is the uncomfortable dialysis procedure.

Recently, using stem cell research, researchers have been able to create living kidney tissue inside of mice. Now reproducing a cell is one thing, but creating a cell that exhibits the identical functioning of the same cell in a human is amazing. This is what researchers funded by The Medical Research Council and kidney Research U.K. have achieved. Professors Sue Kimber and Adrian Woolf from the University of Manchester are the leaders of the research team, whose efforts in this proof-of-principle study published in “Stem Cell Reports” have given hope to both nephrologists and their patients in creating a cure for the often fatal disease.

The researchers first took stem cells from a human embryo and placed them in a biological culture specifically designed to assist in the development of kidney cells. Once the cells developed they were then used to create a number of microscopic kidney pieces. Remember that all of this is going on at a cellular and microscopic level, so the progress can be slow and success measured in microns. Stem cells also age, and this aging process can affect the progress of the research.

These kidney pieces were then placed in a gel that functions as connective tissue to assist in the creation of larger cells in the mice. This combination was injected under the skin. The design process of the study was very carefully constructed to maximize its potential for success.

90 days later the researchers discovered that the injected combination had resulted in the creation of new nephrons inside the mice. A nephron is a biological unit that has specific structural and functional properties, including the excretion of urine. While not all of the human parts of the nephron were present in the new cells, they did filter blood and excrete a microscopic amount of urine.

All these are the positives that can be taken away from the study. But there are a number of hurdles yet to be overcome to definitively state that the process can be applied as an option for human kidney cell repair. The result of the process have been called mini-kidneys, but in name only. There is a vital artery that is not present which is necessary in order for them to function as independent cells. This is a problem for a number of reasons, including measuring the actual functionality of the cells. Professor Sue Kimber was quoted as saying in a press release, that they have proven beyond a reasonable doubt that the evolved structures actually function as kidney cells. They filter blood and produce urine. The problem is that the amount of urine produced is uncertain, making the degree of functionality of the cells uncertain.

Balancing out the positives and negatives, it is a definite first step in developing a solution for kidney disease. The basic principles have been established. The next step is to continue this research and follow up with what has already been achieved. In fact, these initial results are seen as a partial step that can have implications for nephrologists and patients sooner than later. Professor Adrian Woolf optimistically stated that “We must now turn to developing an exit route for the urine and a way to deliver this technology to diseased kidneys.”

Developing an exit route for the urine is critical and is likely to influence the excretion of more urine, making the mini-kidneys more liable to be fit for use in humans. The tests will continue to be performed in mice, and different approaches are likely to be used to improve on this kidney tissue technique that shows considerable promise. There are approximately 2 million people who suffer from some type of kidney disease, and developing this research is hoped to improve and extend the lives of such people in the future. The current thinking seems to be to get this discovery moving in a direction for medical application sooner than later.

The article on this scientific discovery was done avoiding the political debate over the morality and ethics of using stem cells at all in scientific research. Whether you are a proponent of the use of stem cells or not, this research shows that even the advances made still have challenges to move them from the research laboratory to the real world.