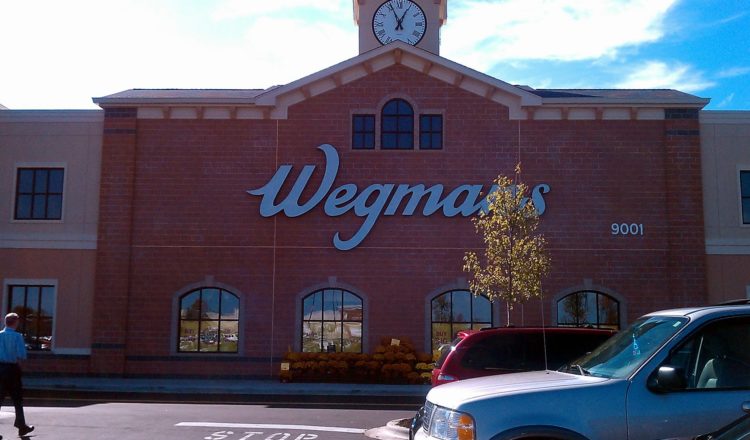 Wegmans is a large grocery store chain that is based in the United States. It’s one of the most popular grocery retailers in the New York area. They’ve established a good reputation wherever their stores are found and it’s a store that is worth knowing more about. If you have a local Wegmans nearby but haven’t shopped their yet, here are 20 things that you didn’t know about Wegmans that might make you want to check them out.

1. They were voted the best grocery chain in America

Consumer Reports wanted to know what the public thought about the grocery retailers they shopped with, so they conducted a poll. In the poll, they asked their readers to tell them what their favorite US grocery store chain was. The results that were reported through the poll had not changed from the year before. Overwhelmingly, the response was Wegmans. No other retail grocery chains had come close to receiving the number of votes that Wegmans was given.

2. Wegmans takes top honors in the things that matter

As a result of the consumer poll, respondents gave the reasons why Wegmans was their favorite grocery store. The Rochester, New York location was the model that inspired customers to reveal that the food is always fresh, they offer an extensive organic foods section and they are one of the cleanest and most well-kept grocery stores in the area. These are some very good reasons why you would want to give them your business. It raises consumer confidence when the store is kept in top condition and well-stocked with quality products.

3. They treat their employees well

Another reason why Wegmans has such a good reputation with the public is the way that they treat their employees. They’re known for their fair treatment of all employees. The chain is privately owned and family operated and this makes a difference in the worker policies that are set. They have a total of 91 stores in the Mid-Atlantic region of the country and keeping their operations and policies standardized is no small feat.

Wegmans is currently known a a mega-market. While this is a recent development that is swallowing up the mom and pop shops, it’s not a recent trend for this chain. The store was established in the 1920s and it started out as a small grocery business, like most new businesses back then did. It didn’t stay small for long through. The brothers, John and Walter Wegman soon procured a 20,000 square foot space that operated a grocery store as well as a cafeteria. There was room for 300 people to be seated in the eating area. They continued to build in size and the range of size for Wegmans grocery stores is between 75,000 and 140,000 square feet.

The Wegmans store in Allentown, Pennsylvania had a very unique vending machine on their premises. This is actually an ingenious development and the machine even dispensed the wine into a glass. You could choose among a few different varieties of wine and the cost ranged between $6 and $10 per glass or a 2.5 ounce serving or a 5 ounce glass. Wegmans offered this service in 2011, because it didn’t go off as well as they had hoped. There were frequent malfunctions in the machine and in addition, customers were made to scan their driver’s licence first, and then they had to take a breathalyzer test before they could use the vending machine. They had to keep it legal. They ended the service, but it was truly an innovative invention.

6. Wegmans has a kids’ store

There is a child-sized Wegmans store at the Strong Museum of play located in Rochester, New York. This is a fun fact that we learned when we were looking into the history of the giant grocery chain. The store is stocked with fake foods that allow children to experience what it is like to be a cashier or even a sushi chef. It’s an amazing way to let them use their imaginations as well as learn what it might be like to work at a Wegmans as an adult. We also discovered that another exhibit of this kid has been opened at the Smithsonian.

7. Wegmans was sued by Walgreens

The Walgreens pharmacy chain filed a lawsuit against Wegmans in 2011. They asserted that there were issues with the W logo and that it looked too much like their own. Their biggest complaint about the letter was the script styling that wasn’t adopted by Wegmans until 2008. To end the lawsuit, Wegmans stopped using the single W letter logo the following year but they can still legally use the scripted W when it’s in the full version of their brand name. Wegmans even produced proof that they got the idea for this from promotional materials they had used all the way back in the 1930s.

8. They have a formula for maintaining freshness

If you’re wondering why Wegmans produce is fresher than many other grocers, it’s because of the way that they handle and rotate their stock. They make it a habit to keep the produce items in a state of turnover so there is no time for the items to become old or to spoil. They don’t leave items on the shelves if they are approaching their pull dates, but their produce also sells at a fast pace, so there really isn’t that much left for them to turn over.

9. It’s not easy to get a job at Wegmans

Here is yet another interesting fact that we learned about Wegmans. It’s really hard to get a job with them. It’s not because they are snobs, but rather because of the high demand for jobs at their store. One location in Pennsylvania alone had 500 slots available for their new location. There were more than 10,000 applications submitted for the available positions. This is a massive number of job applications and only 5 percent of the applicants could be hired for the jobs.

10. Wegmans has their own European style cheese caves

In Europe, there are many suppliers who age the cheeses that they sell n a special building with sensitive climate control. Wegmans does the same thing at a location that is near Rochester, New York. They opened their cheese caves in 2014 and this is where they replicate the European aging process. Wegmans has also created a room that is for Brie cheese alone.

11. Wegmans failed at their hardware business

When Wegmans had been in business for decades when they decided to try something new. They took their shot at entering into the hardware industry. They opened a store in Rochester, New York in 1973. It was their first hardware store and they opened several others that went by the name Chase-Pitkin. The hardware stores that Wegmans established discovered that they couldn’t compete with the likes of Home Depot and Lowes, so they closed the doors of every hardware store they had opened by 2005.

12. Wegmans had a television show

In the 1950s, Wegmans had a television program that was titled Dollar Derby. It was a regional show and Wegmans customers were given novelty currency for them to use when the show was being taped. It was a show that followed an auction format and the audience could use the novelty currency to bd on items that they wanted to purchase.

13. There was a musical dedicated to Wegmans

Students from a local high school put on a musical that was based on the company. In Northborough, Massachusetts, the students reflected the enthusiasm of the city at the opening of a new store that they wrote a musical and performed it at their school. The show was based upon the grocery chain and it featured two brothers who worked for rival grocery stores. It involved rivalry, spying and intense competition. It lasted for 90 minutes and there were even songs written about the cheese. The store loaned the school shopping carts and gave them chef’s hats and signs for the event. All they asked to have back were the carts.

14. Wegmans issue scholarships to some of their employees

15. Some Wegmans locations cause problems on the road

Not everyone is pleased when a new Wegmans store opens in town. While they have a huge base of happy customers who are glad to see them come, the addition of a new Wegmans location can cause a lot of traffic problems. This is an interesting fact that we recently learned about Wegmans. They’ve received thousands of letters and telephone calls from people to open up a new store and when they did this in Abington, Maryland, there were a lot of unhappy drivers. The steady stream of customers coming and going from the store caused issues in the nearby roads. There were big traffic jams and it generated a lot of complaints.

When brothers John and Walter Wegman opened their first business it was in the year 1916. It first operated as a company that was called the Rochester Fruit and Vegetable Company. It was ran as a fruit and vegetable store for five years before it expanded into a general grocery store with a bakery. The name wasn’t changed to Wegmans until 1930. The stores offered produce, meats, groceries, baked goods and produce. They were one of the first establishments to begin what would evolve into the modern supermarket that we’re familiar with today. In 1993, their first store outside of New York State was opened in Erie, Pennsylvania. Since that time they’ve expanded rapidly into the mega-supermarket that they are today.

Wegmans was included on the 1998 list of Fortune’s “100 Best Companies to Work For.” They have consistently held a position in the top ten for eight years in a row. They were also named by Food Network as the “Best Supermarket in America.” Consumer Reports also named them the best grocery chain in America in both 2012 and then again in 2014. The retailer has made a positive impression on its customers as well as its workers.

18. They omitted the apostrophe

Here is a fun fact that bugs a lot of people. Members of the punctuation police realize that there really should be an apostrophe in Wegmans. It’s not properly punctuated but it’s been that way since the Wegmans company became incorporated in 1931. The family realizes that it would cost a lot and take a colossal effort to change everything in their branding and advertising just to add an apostrophe so they encourage everyone to view the name Wegmans as a plural referring to the two founding brothers. Hopefully this will help the grammar and punctuation police to relax a little bit.

We found out that Wegmans used to deliver groceries to their customers. They only offered the service briefly though They do still offer a pick-up service though. They call it Personal Shopping and it’s only offered at their Rochester, New York store

20. They were accused of unfairness by another business.

Wegmans received criticism from a local ShopRite grocery chain. The competitor said that a Wegmans ad that compared their prices was inaccurate. ShopRite accused them of unfair practices over the affair.