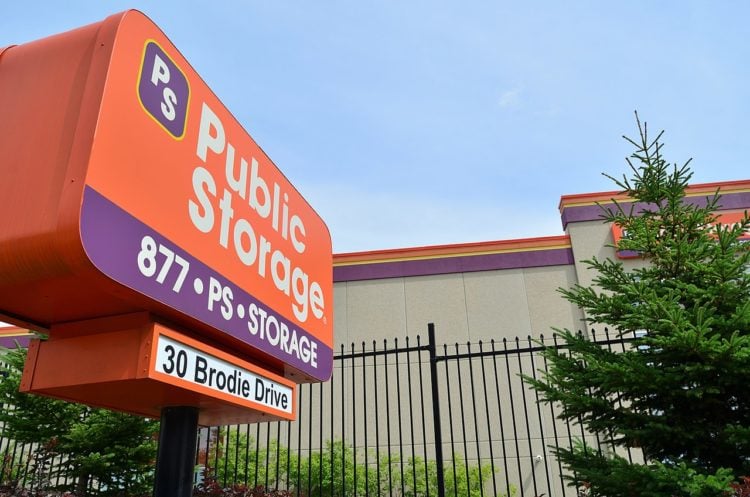 If you have ever needed to put your stuff somewhere because you’re moving, or just have more stuff than you can fit in your attic, basement, and garage, it is likely you have at least considered putting it in a public storage facility. It is interesting that the company managed to snag the name Public Storage as a trademark since it seems so generic. But the company’s name is one of the most recognized in the industry and its stock price is situated to be a solid buy for the next 20 years.

One reason is the industry itself. Public storage facilities always seem to be demand regardless of where someone lives or the economic climate. The industry language for such demand is inelastic – but in a good way. There are life events that simply occur to many people on a regular basis. Ask yourself how many people you know who move, either temporarily or permanently and need someplace to put their stuff. The number of natural disasters also plays a role in the demand for public storage: wildfires, floods, and tornadoes all have the potential to displace hundreds or thousands of people. Then there is the human factor when people get divorced or die, requiring the need for a place to safely store important property and documents.

The business operation itself is an investor’s dream. Someone who wants to open a Public Storage facility doesn’t need a lot of space, and the operating margin is lower than most other industries. Consider what it takes to run a secured storage facility. There is electricity, the cost of a security guard to allow customers access to their property (though they can be replaced by high tech security cameras in many instances), and the expected lease and insurance payments. Other than these, the amount of overhead is virtually nil, giving the stock price a consistent boost over time.

Speaking of the stock price, there is the dividend to consider. How does 3.95 percent sound to you? That is the current dividend, which is twice as good (or more) than a bank account but with a solid stock price that always has the potential to rise with inflation. Because of the aforementioned low operating costs, that dividend is almost guaranteed – and equally guaranteed to keep even with inflation.

A word of investor caution that is worth mentioning here is what makes Public Storage an even more interesting choice. Over the past decade the dividend payouts of U.S. stocks has been consistently decreasing, and finding a stable, high dividend paying company has become increasingly challenging. On this point there doesn’t seem to be an end in sight, so one of the key decisions to make is when to buy Public Storage – not if. There has not been a dividend increase over the past three years, but this does make it stand out among the common stocks.

Other numbers to consider are:

Analysts recommend that finding the right price (and time) is key to maximizing your long term profit in Public Storage. The underlying reason is the price is not likely to move much except when the market gets nervous and buyers look for safe shelters as they flee the riskier options.

This is generally considered to be a defensive stock buy because while the demand is consistent it hardly can be considered to be an exciting, risky investment. But looking around, the future does not look kind to interest rate stability, so adding it to your portfolio is one of the safer bets now and a decade from now. Historically, its cash flow is both consistent and relatively high, making its balance sheet more than attractive.

Just about everything you need to know about Public Storage has been summarized here, but don’t look for it in the Commercial or Residential Storage sector. It is in fact in the Real Estate sector as a Specialized REIT (though it does have a 42% stake in PS Business Parks (PSB), a business that leases commercial space to small and mid-size businesses).

Public Storage is traded on the NASDAQ with a ticker symbol of PSA.