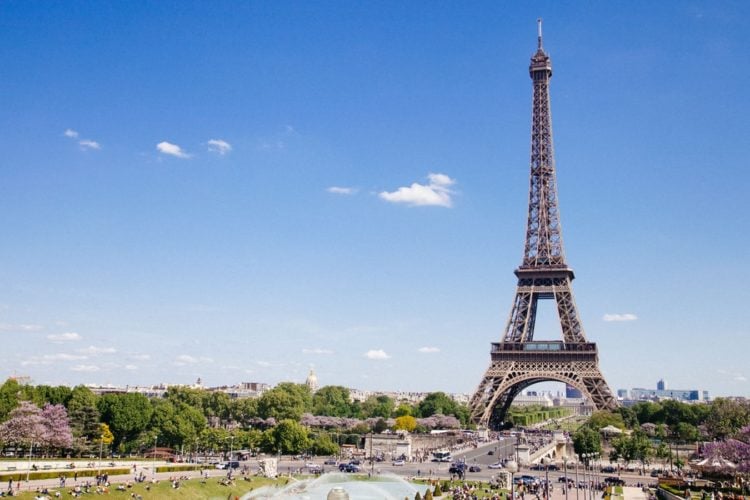 Thanks to France’s romantic appeal and rich history, people love to call the country home. Unfortunately, this is also what makes it the 10th most expensive country in Europe, though it’s worth noting that the cost of living in France is very similar to that in the United States. That being said, the French pay quite a bit more for housing. When buying an apartment in the city’s center, they pay around $464 per sq. ft. Outside the city, this drops to $300 per sq. ft. By the way, France puts a 20% sales tax on everything!

Residents of Denmark pay more for rent, heating, electricity, and water than any other country in Europe, according to Eurostat. It also has the highest grocery prices in the country. Despite this, it’s currently only the 8th most expensive country in Europe. On the bright side, Danes get paid higher wages, but around 45% of this income goes to taxes, which is why it is so surprising that Denmark is consistently named one of the world’s happiest countries. In exchange, residents get quality health care for free, ample paid parental leave, and employers known for being extremely flexible.

This small country is nestled right in the heart of Western Europe, is multilingual (4 languages are taught in school), and pays some of the highest wages in the world. All of these perks also contribute to it being the 7th most expensive country in Europe. Currently, the price per sq. ft. for an apartment in the center of the city is around $755, although it drops to $578 outside the city. At the same time a gallon of gas cost residents around $4.33, while a dozen eggs sets them back $3.13 and a gallon of milk $4.54.

Home to London, which only recently lost its crown as the most expensive city in the world after voting to leave the European Union, it’s only natural that the United Kingdom would appear on this list. Here, high transport and energy costs, along with high income tax rates (reaches 45% for anyone earning more than $182,500 per year) make this an expensive city to call home. Currently, you can purchase an apartment in the city for $706 per sq. ft., though this goes down to $428.91 if you move further outside the city’s center. This is 244% and 196% higher than the price in the US, respectively. Fortunately, the cost of food, especially when purchased in a supermarket, tends to be a good bit less.

Two of the top reasons Ireland ranks 6th on this list are linked to their astonishingly high alcohol and tobacco prices. Alcohol prices here are 175% higher than the EU average, while tobacco prices are 189% higher. Additionally, thanks to the country’s island status, grocery and utility prices are high. Currently, for every 100kWh used, the average price is $29.81. On another note, gas is priced around $5.94 a gallon, which is an even bigger negative when you consider a car makes it much easier to get around here.

In Sweden, housing costs tend to be especially high for such a small amount of space, with most people spending at least 30% of their income on a place to live. Of course, one thing that makes Sweden so expensive is the high standard of living. Residents expect the best, which makes prices rise across the board, particularly when these high-quality goods have to be imported due to the lack competition in the commerce industry. Finally, there’s the 25% VAT (value-added tax) that is applied on top of all other taxes.

The cost of living in Iceland is 57.69% higher than it is in the United States, while rent is 26.24% higher. This is largely attributed to the country’s remote location, which is a significant reason why it is the 3rd most expensive country to live in Europe. Additionally, thanks to the lack of housing options on the island, it’s most unusual to pay as much $650 for a single room. (Note this doesn’t mean a 1-bedroom apartment/ studio. This is 1 room in a person’s house.

Named the World’s Most Prosperous County for seven years in a row before falling to the 2nd spot in 2016, it shouldn’t be a big surprise that Norway is one of Europe’s most expensive countries. Residents can expect to pay $512 per sq. ft. for a home in Oslo, although they can purchase a property in the suburbs for around $367 per sq. ft. In addition, food in Norway is notoriously expensive, but residents can expect high quality, fresh food in exchange for their hard earned money.

Fortunately for Norwegians, world bankers had declared the country to have one of the most solid and reliable currencies in the world.

For Swiss residents, life is expensive. In fact, the cost of living in this well developed, safe, and relatively low-crime country is 69.44% higher than in the United States, while the average rent is 40.79% higher. (Imagine this…the cost of rent for a 480 sq. ft. studio in a normal area of the country is $1,698, but if you prefer to live in a more expensive area, you’ll need to be ready to pay $2,490 per month.) At $6.35 each, Switzerland holds the title for world’s most expensive Big Mac (and no, fries and a drink aren’t included).

On the bright side of things, Swiss residents do get access to one of the best public transportation systems in the world, high quality products and foods, and naturally, the average salary is higher.