Home
Entertainment
The 10 Most Expensive Movies Ever Made 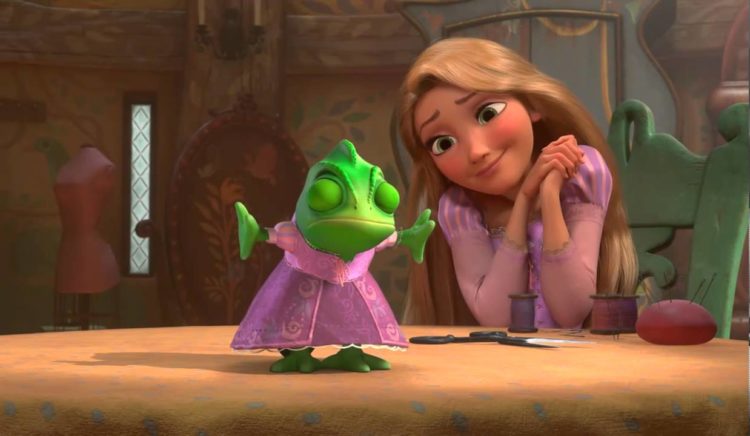 We all love a good movie, especially when they are seen on the big screen, eating a tub of popcorn, your favorite candy and holding a cold soda. It’s all part of the fun of watching the newest, and the latest technology create stories and scenes so real, you’d swear you were right there, a part of the action. Over the years, movies have become more elaborate and the better the technology, the better the movie. Movie producers today spare no expense when it comes to making a movie as real, graphic and alive as they are. But in order to give us the thrill and excitement that we get out of the movies today, a lot of money is needed and has to be spent in order to make them for us. Over the years, there have been certain movies that you know just had to cost millions upon millions of dollars. Have you ever wondered which movies cost the most? We have the answer and here are the ten most expensive movies ever made. 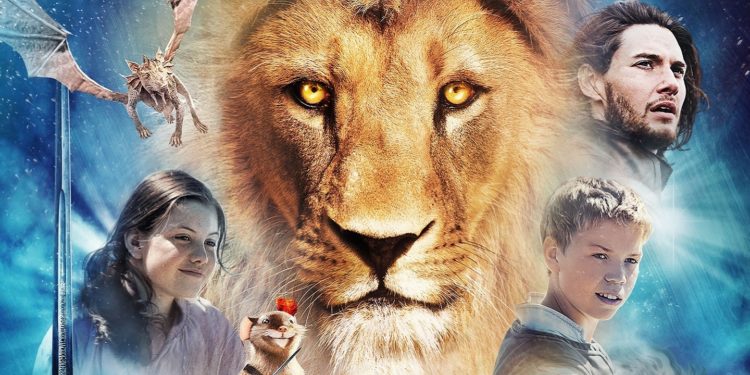 The Narnia film series was adapted from the book series, written by C.S. Lewis that follows the adventures of children who live in a world known as Narnia. They are guided by a powerful lion, Aslan, who is the king of Narnia, but he as to gain the thrown back, and the children help him. This was a popular books series and quickly became one of the most popular movie series ever. It grossed 419.7 million in the theatres and cost $225 million to make. The Chronicles of Narnia hit number ten on the list of the most expensive movies ever made. All of the Marvel comic series movies have been huge hits and The Dark Knight Rises is no different. The first two of this series grossed $375.205 billion so the fact that this movie brought in $375,205 billion, all on its own, wasn’t too surprising to most. The former member of the League of Shadows, Bane, was determined to continue the work of the evil, Ra’s al Ghul, and after MIA for nearly eight years, the Dark Knight returns to make sure this doesn’t happen. The Dark Knight Rises was budgeted at $230 million and was a major success. 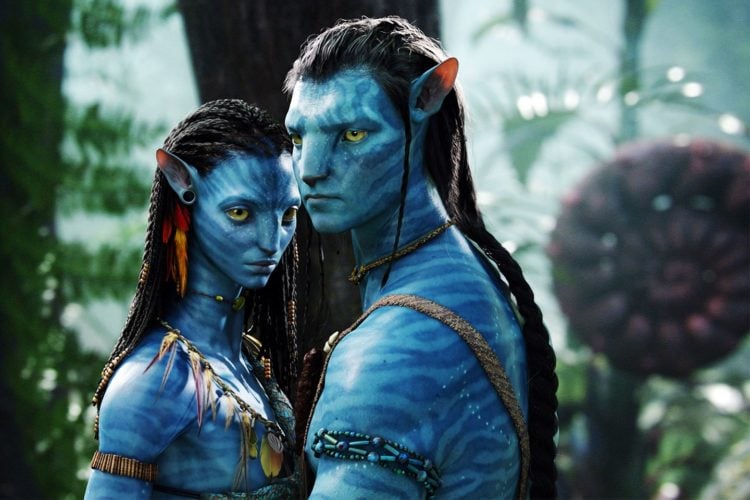 Avatar was one of the biggest movies ever made. It hit the big screen and exploded in popularity. The story is based around a paraplegic Marine who was sent to the moon known as Pandora, on a unique mission that becomes a battle of will in his mind when he has to decide between following his orders and his desire to help the world that he calls home. The movie’s budget was $237 million in order to pay 2- big-brand celebs, script writers, 3D CGI graphics, the director’s cut, 3D glasses across 20,000 theatres nationwide, plus many more expenses. The movie grossed $2,787,965,087 and was the 8th most expensive movie. Most of us are very familiar with the hit book and movie series, Harry Potter, created by author, J.K. Rowling. The fantasy series was dreamed up while Rowling was delayed on a train from Manchester to London and living on State funds. She is a rags to riches story and helped produce the film series. The Half Blood Prince movie grossed $934,416,487 and was a well-anticipated movie from the series, and one of the most creative and intense graphics movie that was budgeted at $250 million for its production. 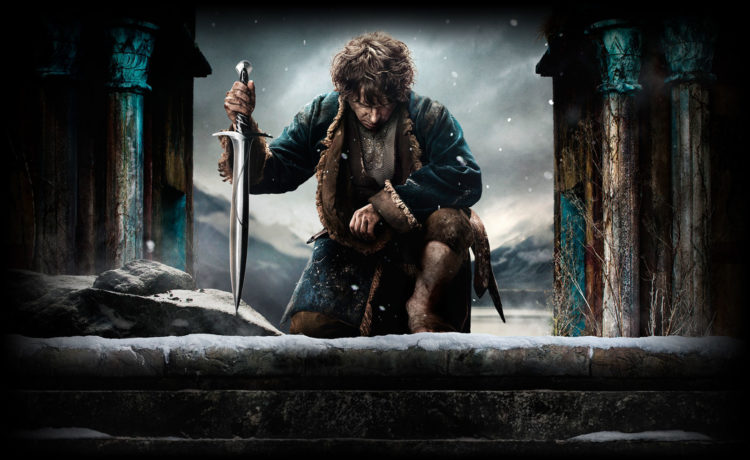 The movie was released in 2014 and is the third part of the series, The Hobbit, by J.R.R. Tolkien’s high fantasy series. It took $250 million to make the movie as high tech as it is as well as to pay all of the actors, producers, most talented make-up artists, not to mention, commercials, press releases, and more. It was extremely successful in that it grossed $806.2 million, which more than covered the costs. Marvel’s comics have been coming to life on the big screen for years, and who doesn’t love Spider-Man? If Spider-Man hit the big screen, it was sure to be a success, and Marvel made sure of it. All of Spider-Man’s movies have been a huge success and it’s really no wonder with all the amazing graphics that are used to create the Marvel series that shows Spider-Man battling another villain, the dark version of himself. This part of the Spider-Man series cost $258 million to cover all the expenses, from salaries to costumes and very cool graphic features, but it grossed $890,871,626.

The Disney movies have always done extremely well in the box office, and Tangled is no different, grossing a total of $591.8 million. This is the story we grew up hearing, Rapunzel and her long hair, stuck in the tower and waiting to be rescued, but with a lot of little twists, and a lot of very cool graphics to go with it. The movie cost $260 million to make, but it proved to be a very popular movie for kids of all ages. It is the fourth most expensive movie ever to be made. Costing $263.7 million to make, John Carter is the third most expensive ever. Although it wasn’t a movie that was for everyone with its different kind of storyline, it barely came in over budget, only grossing $284.1 million. A Civil War vet comes across a barren planet that was inhabited by barbarians that stood 12-foot tall. Carter was suddenly a prisoner of the creatures and has to escape but runs into more dangerous encounters. It is the third most expensive movie to make, but not a top popularity or grossing one. 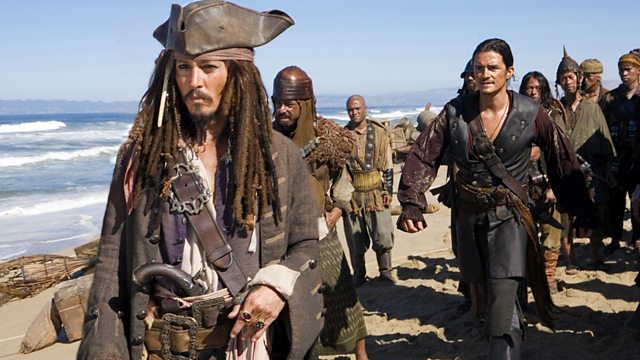 The Pirates of the Caribbean movie series are not only some of the most popular feature films ever made, but the most expensive. Two of the films hold the first and second spot for the most expensive movies ever made. The character, Jack Sparrow, is one of the most widely and most recognized characters of all-time and played by Johnny Depp. This movie series part, At World’s End, cost $300 million to create and grossed an amazing $963.4 million. When you see these feature films, it’s really not hard to see why the films cost so much to make. And here we are at number one and the second of the Pirates of the Caribbean movies in the line-up. On Stranger Tides hit the top of the charts as number on the list of most expensive movies, costing $378.5 million to make. The sets, the stars, the costume designs, the ships and graphics, not to mention all the promo Disney did for this fantastic movie. All kinds of merchandise, dolls, games and other memorabilia are available from the series and are making a ton of money outside of the movies. On Stranger Tides grossed $1.046 billion, which is unbelievable and a figure that is surely, hard to match.

How Chris Cuomo Achieved A Net Worth Of $12 Million