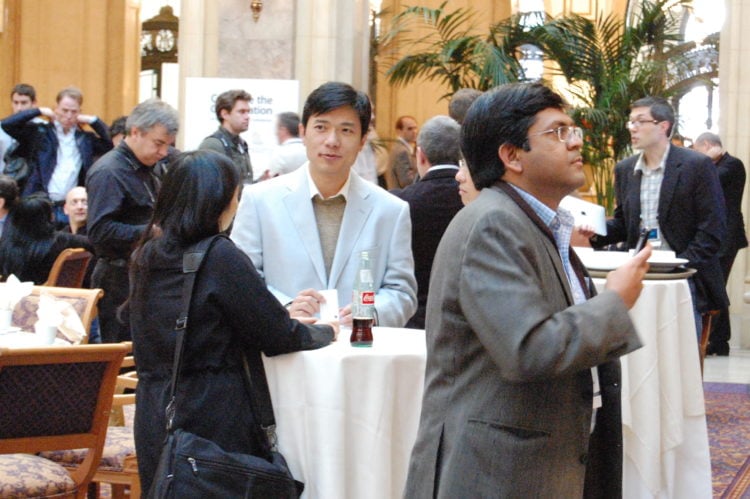 You may have heard the name Robin Li. After all, Robin Li’s been referred to as “the man who took on Google and won,” thanks to his creation of Baidu, China’s largest search engine in China. But, what do you really know about the 48-year-old man? To give you insight into the man behind China’s most popular search engine, here are 10 things you didn’t know about Robin Li. To start with, his birth name is Li Yanhong.

His net worth is estimated to be $16.3 billion.

Thanks to Baidu’s success, Robin Li has amassed an astounding $16.3 billion dollar. While this is definitely impressive, he’s not the richest man in China. He’s currently the 8th richest man in China. (In 1st place is Jack Ma, the founder and CEO of Alibaba with $36.2 billion.) Li’s net worth is particularly remarkable when you consider the next fact.

He comes from very humble beginnings.

Born in 1968, Li was the 4th of 5 children born to factory workers in Yangquan. He and his four sisters enjoyed a lower middle class lifestyle and were taught that “Life is good under communism.” They also were made to believe that “Acceptable behavior is determined by the parent, boss, and leader, as defined by Confucius and was encouraged not to question China’s systems.

His mother encouraged his education.

Growing up, Li’s mother encouraged his education and provided motivation to ensure he worked hard. In an interview he recalled his mother telling him, “We don’t have a back door, “If you want a better life, a better job in the future you will have to study hard and ensure you get into the best college.” He took her words to hard and was known for studying religiously throughout the school year.

He completed his Master’s degree in the United States.

In 1991, Li received his Bachelor of Science in information science from Peking University. For the next year and a half, he worked before being accepted into a Fellowship Program at The State University of New York- Buffalo. By 1994, he had received his Master’s, but opted to join the workforce instead of working on a doctoral degree.

He worked for Dow Jones.

One of the first paying jobs Li had after leaving SUNY was at IDD Information Services, a unit of Dow Jones. He would work here for three years before making the move to the west coast to work for Infoseek as a software engineer. He continued to work at this internet search company until packing up and moving back to China to co-found Baidu in 2000. His co-founder, Eric Xu, left in 2004 due to restructuring.

Li developed the software for the online version of The Wall Street Journal.

While working at IDD, Li created the software used for The Wall Street Journal’s online version. He also invented the Rankdex site-scoring algorithm, which is used for SEO rankings. He had this patented and currently uses it to power Baidu’s search engine.

He met and married his wife in the United States.

In 1995, Li attended a NYC gathering for Chinese students studying abroad. He would end up meeting his soon-to-be wife, Dongmin Ma, here. The two married just six months later on October 10, 1995 in New Jersey. Today, she goes by Melissa and is credited with pushing Li to become an internet entrepreneur.

In 1979, China introduced a one-child policy. Couples that opted to have more than one were faced with the possibility of abortions, sterilization, and large fines. In 2016, the policy was changed to allow for two children. Although there isn’t a lot of information available about his children, it is known that Robin and Melissa are the parents of four children, 3 girls and 1 boy. In his defense, Li isn’t the only Chinese billionaire to break this rule.

He readily encourages foreign workers to come to China.

While President Trump is making it more difficult for foreigners to work in the United States, this isn’t the case in China. In fact, CEOs, including Li, are actively encourage workers to come and work in their country, particularly if they are talented.

Li was recently investigated by the police.

Baidu is more than just an internet search engine. The company also works to develop various technological advances, including self-driving cars. In 2016, the government banned the use of self-driving vehicles on China’s main roads, which is why they were so upset to see Li arrive at a July 2017 conference sitting in the passenger seat of a Jeep Cherokee with no driver at the wheel. While the incident was investigated, the story quickly disappeared from the news. After August 2017, there is no mention of the incident or whether or not Li was punished for it.