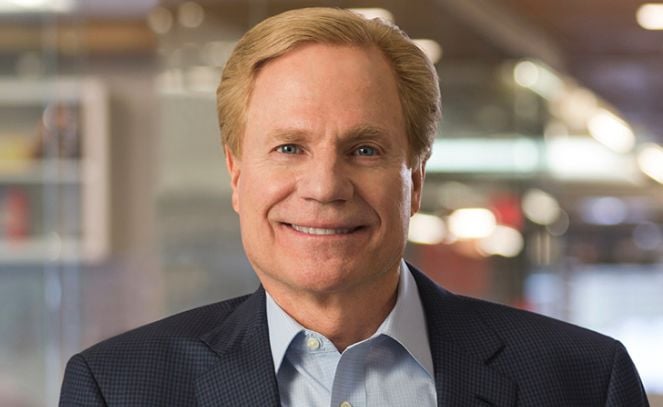 Richard D. Fairbank is regarded as an exec that is at the top of his game. He’s the founder of Capital One Bank. He currently serves as the CEO and Chairman of the corporation. He established the company in 1988 and took it from the ground floor to the giant in the financial world that it is today. Fairbank has amassed a fortune and has created a solid reputation in the banking industry, but there are many things about this amazing man that people are not aware of. We attempt to correct this with 10 things you didn’t know about Richard D. Fairbank.

Fairbank loves the game of hockey so much that is an avid participant in the game. If you happen to attend one of the amateur games at the Kettler Iceplex that is located in Arlington, you are likely to see him on the ice. He plays in a league with the Washington Capitals.

Richard is married to his wife Chris, and the couple have eight children. There are many business men who are so exhausted from their careers that they find it difficult to spend time with their children, but this has not been the case for Richard D. Fairbank. He has always been a loving and present father to his children. When they were younger, Fairbank would set aside two and a half hours each evening just to spend time with them. He would get his sleep in whenever he could, around the strict schedule that he made for family time. This perhaps one of the most endearing aspects of this man who obviously possesses a high level of integrity with strong family values. It’s apparent that he understands how to set his priorities in the right order.

He stopped drawing a salary in 1997

Fairbank is a very wealthy man, but he isn’t greedy. Although his corporation draws in billions of dollars in annual revenue, the CEO and chairman ceased drawing a paycheck for the work that he does in 1997. He does receive around $22 million annually in returns from his shares. This is money that is well earned from the original founder of the corporation which still remains.

Richard D. Fairbanks isn’t one to embrace accolades or media attention. Granted, he has had his share of awards and recognition, but he doesn’t like to draw attention to himself. This is a certain indicator of his humility and grace.

As Faribank was just starting out with what would become a corporation that would revolutionize the banking world, the prospects for success looked bleak. It would take years of rejection from larger banks who were not willing to take a chance on his new and innovative ideas that would soon become a new and infectious financial convention. The small consulting firm was finally given a chance by Signet bank who hired them, and the rest is history.

Richard made mistakes along the way

Fairbank didn’t always make the right decisions in the early days of the business. Although he’s one of the wisest entrepreneurs in the world, he had to learn just like everyone else does. He took a misstep with a few different ventures, but he managed to land on his feet and learn from the errors.

He worked for Mastercard

Fairband was once a Director at Mastercard Incorporated. he worked for them since 2003. He learned a lot during his time with the corporation. When it comes to the strategies that he employs with Capital One, he doesn’t talk about them much because he doesn’t want to give away his strategies.

He knows how to define success

Richard shared some useful information and advice about becoming a success in business. He explained that it’s not how much money is in your wallet and he encourages people to “forget about what’s in your wallet.” He went on to say that it’s more about what is in your heart. You must be yourself and be real or people won’t enjoy working with you. He further instructed that success is something each person must define for their selves and on their own terms.

Fairbank has a soft spot in his heart for kids

Fairbank studied at the prestigious Stanford University, and it was during his undergraduate years that he knew that he had a desire to work with children. He founded a school for swimming for children. In the 1970s, he was in charge of a community center in California. Although his studies and career took a different path, he still works with kids daily. This is in addition to the 8 kids that are proud to call him dad.

Richard D. Fairbank is a good example for us all

Fairbank has a good comprehension of what life is all about. He’s among the most well rounded individuals on the planet. His love and dedication for family, ethics in business, and passion for helping others places him up there with the level of a Saint. While nobody is perfect, he sets a good example of how well life can turn out when you work hard, stop to enjoy the good things in life, and persevere.