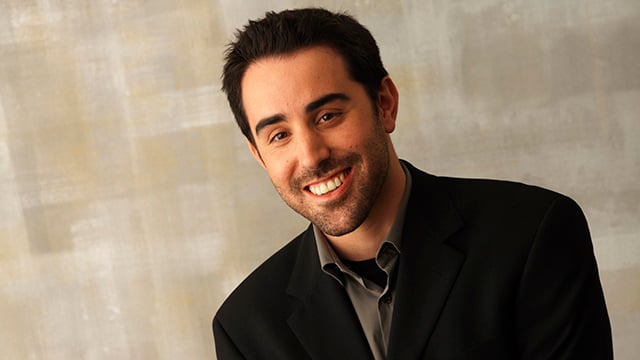 If you’re a PC gamer, you have probably heard of League of Legends. This game is a multiplayer online battle arena (MOBA) type game, featuring each player controlling a character with specific skills and stats. You must use agility and wit to win a game of League – neither one suffices alone. League of Legends is a Riot Games product, and Riot Games itself was not founded until 2006. Before he was CEO of the company, Brandon ‘Ryze’ Beck worked as a strategy consultant for Bain & Company.

He specialized in media, entertainment, and private equity in this role. Granted, his new job as CEO of one of the biggest freemium game designing studios in the world is probably a lot more fun. That, and he co-founded it (so it has a personal draw for him). But how much do you really know about the Riot Games CEO? If you want to learn more, read on to find out Ten Things You Didn’t Know about Brandon Beck.

He Has Always Had a Passion for Multiplayer Games

Ever since he was attending the University of Southern California, Beck has been playing multiplayer games. In fact, Marc Merrill and Brandon Beck met in class – but bonded over Starcraft and Everquest. They also often took to internet forums to complain about features they felt were missing or done wrong in the games. This is probably where the first seed for League of Legends was planted.

He’s a Huge Supporter of eSports

Beck believes that eSports will be the next big thing in skill-based entertainment. So, he is trying to support his athletes by handing out large cash prizes to eSports competitors. He doesn’t want people to have to have a day job if they are a professional gamer. They should be using that time instead to hone their game.

He Tries to Make League of Legends Global

Every culture is different, and Brandon Beck realizes that. In an interview, he stated that they would tweak the games depending on where they were being released. This helps the games align with the culture of their destination, ensuring that every player gets a proper user experience no matter where in the world they live.

Just because you have a diagnosis of a mental disorder doesn’t mean that you can’t do what you want – and Brandon Beck is living proof. It was found that he had been living with ADHD for some time when he hit high school. However, Beck didn’t just give up – he worked incredibly hard to graduate, and managed it. It was probably this early success that gave him the drive to get to where he is today with Riot Games.

Riot Games was Named Inc.’s 2016 Company of the Year

The publication cited the revolutionary waves in eSports, Riot Games’ awesome business model, and even the way the business was bootstrapped in naming them 2016 Company of the Year. They were very respectful of the organization as it sits today – as one of the more famous studios in the freemium games market.

The Riot Games CEO was included on a list back in 2012 called “Ten Tech Entrepreneurs Who Are Putting LA on the Map” from PandoDaily. His inclusion on the list was due to his eSports investments, influential nature of his freemium game, and his (according to the PandoDaily) genius and world-changing abilities. You really can’t deny that Beck’s model was revolutionary, though.

Riot Games Was Listed 4th on a List from Business Insider

Yet another award was granted to the studio when it came 4th out of 25 on the list “25 Best Tech Companies to Work For”. Beck had 100% approval, valued his employees, provided them with great opportunities and amenities at work, and had some of the best employee feedback out of the whole list of 25.

In 2017, Beck accepted an offer to judge for “30 under 30”. He must vet and vote on anyone who applied – and the process is strict. It is less likely to be included on this list than to get an acceptance letter from Harvard. And honestly, they couldn’t choose a better person to vote on the gaming section of Forbes.

He Owns Part of a Soccer Club

Back in 2016, Brandon Beck purchased a minority share of the upcoming Los Angeles FC (an expansion of the Major League Soccer club). This is pretty cool on its own, but what’s even cooler is who else owns a little piece of this club – comedian Will Ferrell. Beck hasn’t met the famous performer yet, but perhaps he will run into him sometime in the future at the Club.

Brandon Beck and Marc Merrill used to ‘main’ the same character in League of Legends. They both used Lux (aka Lady of Luminosity), a light-wielding mage. Perhaps she had some secret advantage that they knew about from the time they spent coding her into the game.