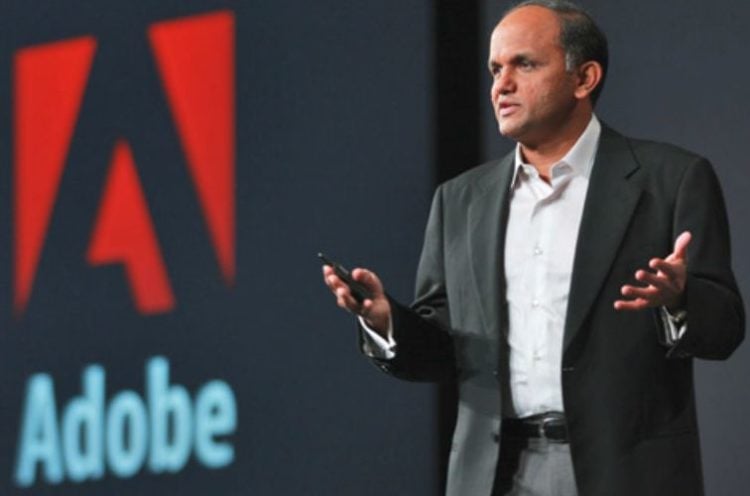 Shantanu Narayen is the Indian-American CEO of Adobe Systems. Furthermore, he serves as the president of the board for the Adobe Foundation, which is a private foundation founded by Abode Systems for the purpose of improving the communities in which its personnel live and work.

Here are 10 things that you may or may not have known about Shantanu Narayen:

Grew Up in Hyderabad

Narayen was raised in the city of Hyderabad, which serves as the capital of the state Telangana as well as the de jure capital of the state of Andhra Pradesh. It is interesting to note that Hyderabad was a center of the trade in diamonds and pearls, with the result that it is still called the City of Pearls.

Moved to Silicon Valley with His Brother

Both Narayen and his older brother moved to Silicon Valley to work in the U.S. tech sector. Their stories were not particularly uncommon for well-educated Indian people of their generation, with the result that there is now a thriving Indian-American community situated in that particular part of the state of California.

Narayen’s first challenge after becoming CEO was stabilizing Adobe, which was seeing a sharp decline at the time because of the impact of the Great Recession. However, stabilizing Adobe was not enough, which is why Narayen had to follow up by fighting to prevent stagnancy from setting into the corporation.

States that Managing Expectations Is a Big Part of the Job

Interestingly, Narayen has stated that managing the expectations of the market is an important part of the duties and responsibilities of a CEO. After all, failing to meet expectations can have an enormous impact on a corporation’s financial prospects, which can have serious consequences for the wellbeing of its revenue-earning operations.

Believes in the Need for Change

Given the rate at which the conditions of the tech sector change, it should come as no surprise to learn that Narayen does not see maintaining the status quo as a practical approach for successful businesses. After all, there are few cases when a single business is powerful enough to hold back the tide of change in its chosen market, meaning that being complacent runs a serious risk of letting more responsive businesses gain a competitive advantage.

Believes in the Need for Communication

Speaking of which, Narayen has stressed the importance of communicating well with people because of his experiences as a CEO. This makes sense, seeing as how just because a CEO orders something, it doesn’t mean that all of their subordinates will listen to that order with 100 percent obedience. Something that is particularly true when said order is unpleasant for those subordinates for whatever reason. Simply put, good communication is needed to ensure that all of the components that make up a corporation will move in the same direction instead of each component pulling this way and that way.

Oversaw Adobe’s Move to the Cloud

Regardless, Narayen was the one who oversaw Adobe’s move to the cloud. In effect, this meant that Adobe abandoned its old business model in exchange for a new one based on selling subscriptions for online access to Abode products, which was a expensive, complicated, and time-consuming process, not least because Adobe was so well-established in its chosen market.

The move came with a lot of challenges. However, Narayen named the biggest challenge as being convincing people within Adobe to go along with the move to the cloud instead of putting up resistance, which would have made it even more expensive, complicated, and time-consuming.

One of the ways that Narayen overcame the challenges before him was by introducing new means of monitoring performance that were relevant to Adobe’s new business model. For example, he started looking at the amount of time that Adobe’s systems were available, which became much more relevant because its new business model was centered on providing services through the Internet.

Relies on Ex-eBay CEO As a Sounding Board

Narayen has been known to count on John Donahoe as a sounding board for his ideas. For those who are unfamiliar with the name, Donahoe was the CEO of eBay from 2008 to 2015. When asked about Narayen’s personality, Donahoe stated that he was a quiet person who led by deeds rather than words, who was buoyed by a sense of pride that made it difficult for him to be either distracted or intimidated, which is an interesting assessment to say the least.