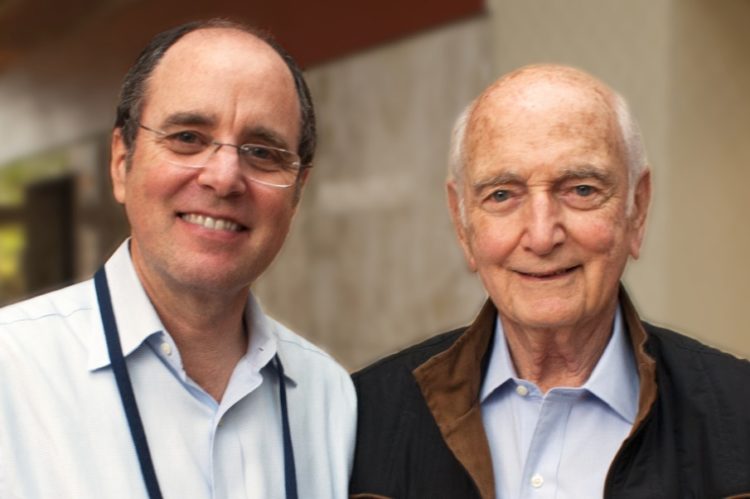 As the CEO of Chrome River Technologies, Inc., Alan Rich has worked tirelessly with Co-founder Dave Terry and their team to provide online expense reporting and automated invoice solutions combining the latest in mobile and enterprise technologies. The company configures expense management services for companies and organizations around the world. The company has been well-funded with significant investments over $100 million from Great Hills Partners, and other investors. The company currently provides services in more than 100 countries, 183 currencies, and 31 languages.

Rich is ranked 18th out of 50 in USA Today’s List of Best CEOs in small to mid-sized companies.

Rich was included in the 2017 list of highest ranked CEOs based on the latest survey by Comparably, the career, culture and compensation monitoring website. Comparably asks company employees to rate their own CEOs. The small to mid-size companies represent those with less than 500 employees. Comparably’s methodology creates its “Best Of” lists by collecting anonymous sentiment ratings during an annual eligibility period with lasts from January 1 through November 17. No nominations are requested, and no costs or fees are associated with participation.

Rich showed a news video of the Oregon Transportation Division dynamiting a dead 16,000-pound sperm whale as an attempt to remove it from the beach.

Unfortunately, the stinking dead whale carcass had to be buried on the beach, because the dynamite explosion failed to do anything except spread foul-smelling whale parts “up to a half-mile away”. The whale explosion was one pointed example of a project that failed miserably. Rich showed the video to show how doing things based on one set of experiences may not work in new circumstances. Rich noted that lessons learned in failed projects often point business managers to better ways to run successful projects.

Rich believes that the role of expense management is “to protect and to serve”.

He took that motto from the Los Angeles Police Department and believes that expense managers have the responsibility to serve clients while continuing to protect their finances. He holds this belief because he’s seen many unethical and completely criminal behaviors in top expense managers who embezzled funds and used their ill-gotten gains to commit frauds at the most senior levels of companies. He said that suspicious expense reports turn up at all levels of business and all business categories.

Rich once joked about his studies of impulsive behaviors while he was in college.

He jokingly said that impulsive behaviors increase while drunk, so he thought it might be a good idea for Chrome River to create a breathalyzer which would calculate if employees were adequately sober to perform their financial duties unfettered by their own impulses.

As a result of his education and experience, he is a recognized leader in team building, entrepreneurship, software implementation, and innovative software project management. His company is located in Los Angeles; with a global internet presence.

Rich has a tradition of introducing one of his family members when he speaks at events.

Rich’s wife Marilyn adores walruses; which is the reason that the name Green Walrus was first proposed for the company.

Co-founders Rich and Terry were looking for a company name that was very “Web 2.0”. Unfortunately, domain searches showed that someone already owned GreenWalrus.com. The two attempted to convince the current owner to give it up, but that attempt failed. The two also tried out Violet Walrus and Mauve Walrus, but those, and other colors just didn’t sound right. They chose chrome because it was a fashionable tech circle word for UI components in an app. They selected River because their apps “flow through an organization”.

They’re on Instagram and they show the company spirit which make things happen at #letbusinessflow. Company and customer T-shirts sport the motto “Take me to The River” on the back, and many wear them proudly while surfing and enjoying other favorite activities. It’s a happy company.

Rich said that in the early days of Chrome River people at parties never understood what the company did.

He said that he and Terry would often be asked what an expense manager provider did. They would try to explain it, but people’s faces would just “glaze over” and they would say, “What?” But times have changed since they started in 2007. People are much more knowledgeable and anxious to implement the sophisticated systems now.

Rich believes that Chrome River stands out because the company mastered three keys to success.

He explained that Chrome River has technology innovations, expansions, and investments which have contributed to its current rise in its field. He noted these as superior technology, a memorable user interface, and “cool features” other companies don’t have. He said that it’s very important to have these three dimensions, and that having just one isn’t enough.