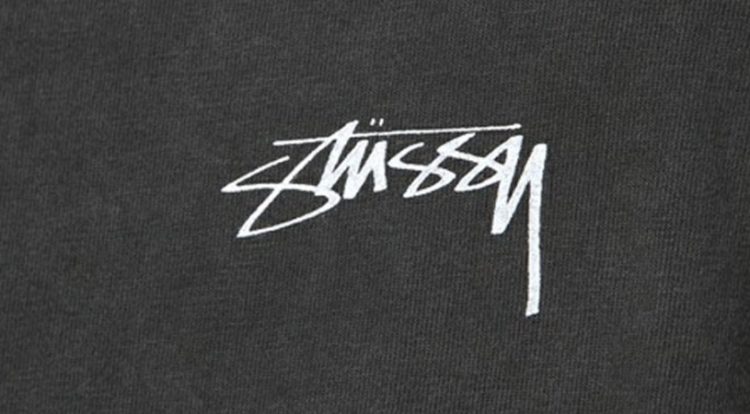 Stussy is a name brand that started out in 1980 when Frank Sinatra Jr. and Shawn Stussy decided to open up a small shop to sell a few really cool surfboards and a few T-shirts. They had no idea when they first launched the small business that their brand would launch an entire industry. The boards were popular enough but it was the apparel that became the big hit. The lines have had a temendous impact on the alt-culture. It’s an interesting business, founded by two very interesting individuals. Even the most loyal patrons of Stussy are certain to be glad to hear about these 10 things that you didn’t know about Stussy.

It’s no small wonder that Shawn Stussy’s business took hold and prospered so quickly. He was raised in the business. His parents were the owners of a printing shop and he learned all about how to make screen prints by the time he was just 12 years old. Even though he didn’t set out to make a fortune on screen print streetwear apparel, that’s precisely what happened. He just sort of fell into it naturally.

2. The TomTom shirt has a unique origin

When Stussy released the TomTom shirt in the Spring of 2013, it was very well-received. The shirt was a major hit and fans of the brand showed their appreciation of the design through their purchases of the item. While we’re sure that there are quite a few fans of the shirt that believe it is the work of a great designer that pored over the details for hours, that’s not quite the case. Shawn Stussy came up with the original concept for the shirt by drawing the pattern with a black marker sharpie and it’s a design that he came up with way back n 1985.

3. The meeting of the co-founders was coincidence

Shawn Stussy and Frank Sinatra Jr. don’t go back all the way to high school as buddies. They weren’t raised in the same familiar circles either. They actually met when each was taking a skiing trip at Mammoth Mountain. It was a chance meeting and the two hit it off, and look what the friendship has produced.

4. Shawn comes from an artistic family

Shawn Stussy is very artistic and he’s proven that with his apparel designs as well as through the boards that he shaped for the iconic Russell Surfboards. He did this before deciding to branch out into his own business. He comes by his artistic talents honesty. His uncle was an artist named Jan Stussy and he’s responsible for the Stussy logo. In addition to this, his aunt is Maxine Kim Stussy who was a sculptor. It seems to run in the family.

Even after leaving Stussy, Shawn is still busy shaping boards. He began doing the work himself when the brand first launched. He’s now shaping boards at S/Double Studio.

6. The combined talents of the co-founders was a perfect match

For those of you who don’t know, Frank Sinatra Jr. was a certified public accountant for ten years. When he and the talented Shawn Stussy combined their skills and abilities, it was a perfect combination. Frank knew the numbers and Shawn could design the products.

7. The Goodenough brand was the inspiration of Stussy

The iconic brand known as Goodenough was launched in the late 1980s. It is the brainchild of Hiroshi Fujiwara. He was inspired by Stussy to create this brand which was his first attempt.

As hard as this might be to believe, the manager of the Stussy Skate Team started at one of the lower paid positions. He was hired to work in the warehouse. One of his most frequent tasks at the warehouse was pushing a broom and sweeping the floor.

9. Stussy was compared to Ralph Lauren

Designer Nick Bower paid Shawn Stussy a compliment after his departure from Stussy. He compared one of the lines that he completed before leaving the brand to the designs of Ralph Lauren. Prior to leaving, Shawn created the Stussy Sport line.

In 1996, Shawn Stussy made the decision to leave the Stussy brand. He felt that he needed to spend more time attending to the needs of his family. He remarked that since his departure he “never looked back.” Stussy did, however, start a new project in 2008 called S/Double.