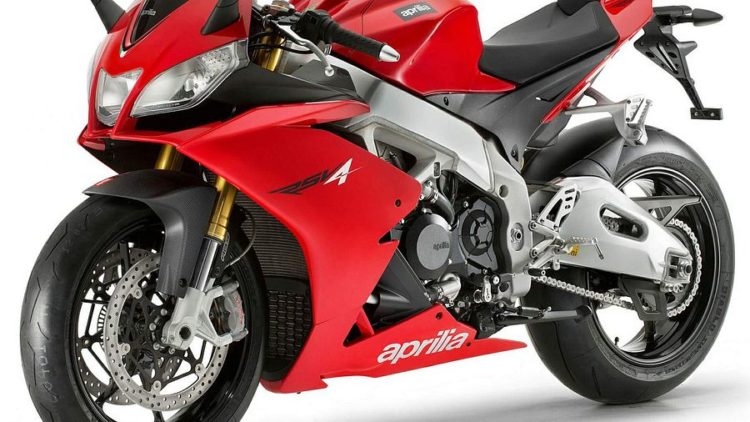 No, it’s not. It is not a motorcycle that was designed and built to honor a great motorcycle racer. It was not created in tribute to a model Ducati built in the past. Instead, this bike was produced to bring awareness to reconstruction taking place at L’Aquila after a devastating earthquake shook the area. Because of the natural disaster, the 35th G8 Summit had to be relocated, and it seemed best to make others knowledgeable of what was going on by building a bike that would speak to them.

Many things made this Desmosedici special, starting with the fact that the Prime Minister of Italy, Silvio Berlusconi, being the driving force behind the bike’s graphics. But that was just the beginning. This bike set the Super bike bar, and that is the bottom line. This street-legal model was actually a replica of the MotoGP racing bike, carried a base price of more than $50,000 when it was initially released in 2008, with only 1,500 of them produced in total. There was a lot riding on it, and the 2009 and 2010 MY Ducati Desmosedici RR G8s proved themselves more than able to bear the weight.

If you were to spot a Desmosedici traveling down the road, you would have to stop and catch your breath. Its solid body encases its mechanics in a fashion that is nothing short of streamlined genius. The saddle and tank area appear to be one, blending together with grace and style that is rarely seen on a street cycle. The positioning of the rider is given by the incredibly fluid design, with the placement of the front and rear body being perfectly aerodynamic and sound.

The motorcycle wears a primary color of red, with graphics which were the epitome of simplicity at the time. Since it was designed as a tribute to rebirth after tragedy, it wasn’t appropriate to have the bike draw attention to itself; rather, it needed to be an almost visually silent symbol of remembrance and strength. This was accomplished well, both in the body style and the paint job and accompanying graphics. Yes, it is an attention grabber, but for all the right reasons, not in and of itself. If you are to give it a good look, it becomes obvious that Ducati stepped away from the mirror that had always stroked its ego and opted for the introspective instead, if you will.

Since we’ve gone offer the general appearance of this model, let’s take a look at what makes it go.

This motorcycle is about as close to being a racing bike as it can get without actually seeing a track. With an amazing stiffness-to-weight ratio, it also features a power-to-weight ratio that blows the mind. But is it worth the price? Owners of the Desmosedici will tell you that it was, and is, well worth the price, at above-and-beyond levels. It is said that this motorcycle brings the owner as close to racing as they will ever come in their lifetime, and for anyone who either owns or longs for a Ducati, that alone is a dream come true.

What Else Do Owners Have to Say?

Some may think that referring to the Desmosedici as the Kaiser Sose of motorcycles is a bit comical. But the fact is, those who have either owned this bike or had the pleasure of road testing it say it was only partially a pleasure. In reality, there were times that riding it scared the be-Jesus out of them, and rightly so. Let’s look at why.

This bike, for starters, has an ancestry that is phenomenal. It is descended from the MotoGP line, so the power is there. One test driver claimed that he had to continually remind himself that it was ‘just a motorbike’ he was riding in order to keep his nervous fear in check. The power is outrageous, the thing that myths and tall tales are made of. But the fact of the matter with the Desmosedici is that there is no yarn-spinning involved; this is the real deal.

And other riders agree. Not only does it take some getting used to, but its power and handling demand respect. Don’t think too highly of yourself when on this bike, because ultimately, it is in charge. Yes, it is handle-able, and yes, it is fun…if you like your heart to pound through your chest, coupled with adrenaline surges that threaten cardiac arrest. The truth of the matter is that this bike is historical for its power, and it is coveted by even the most afraid of the two-wheeler lovers. The fear they feel come in second only to the love they have for the bike. Love is a powerful thing, more powerful than the bike, it seems, and that is no small feat.

To be honest, we can sum up the 2009/2010 Ducati MY Desmosedici RR G8 in only a couple of words: ‘Fast’ and ‘Furious’. It is a work of simplistic genius, appearance-wise, with so much going on in its heart that the simplicity proves to be nothing more than smoke and mirrors. This bike is a monster, and should be treated as such. There is no room for carelessness here; this is as close to being on a genuine racer as one will ever come, and those who know will tell you that these facts are not to be toyed with, and fate is not to be tested. Responsibility and respect are tantamount here.

And the simplicity of its look are appropriate, because we don’t want to distract riders from the facts. The facts include its abilities, which are mountainous. Yes, this is a bike built for the road, but it comes from racing bikes, and it has not forgotten its heritage in the slightest. So, if you get to ride one the only thing you should keep in mind is ‘rider beware’. Not to scare you, but you need to remember what you are straddling. It won’t stop and ask you if you know what you are doing; you need to ask yourself. Take advantage of the opportunity, but do it by treading (or riding) lightly.

Enjoy the ride, people, but be very, very safe.