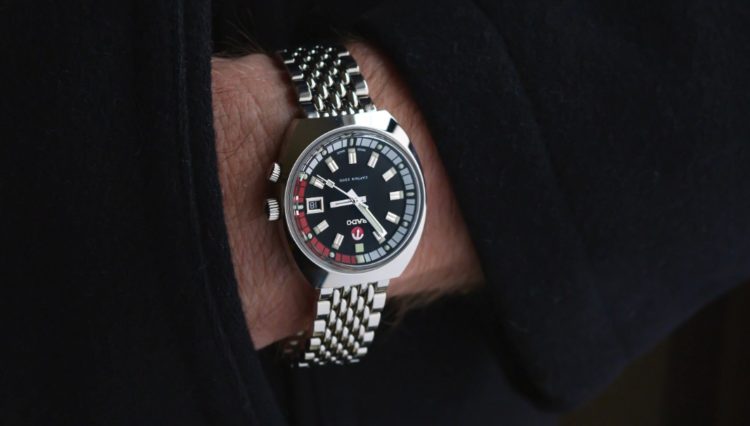 Captain James Cook arrived in Australia 250 years ago. To mark the occasion of this important discovery for Europe is a new wristwatch named after the historical figure who traversed the seas on voyages that led him to the discoveries of new regions including the South Pacific, Alaska, Antarctica and more. His name will forever be associated with perilous ocean crossings and the discovery of new lands. To celebrate these important evens in history, the Rado watch makers commemorate his historical landing on the shores of the Land Down Under with the Rado Hyperchrome Tradition Captain Cook MKII. The timepiece is a diving watch in a line that goes back to 1962. It’s a new spin on the original version of the watch that became popular with divers and the re-issue now deserves a closer look.

The case of the Rado Hyperchrome Tradition Captain Cook MK II in its current version is 42 mm, in the middle of the others which were made in 37 mm and 45 mm sizes. The case is a retro styling that features the same round case with lugs that are long, curved and polished bearing the DNA of its ancestors.. From top to bottom, the watch measures 40 mm and is more akin to the version produced in the 1970s. 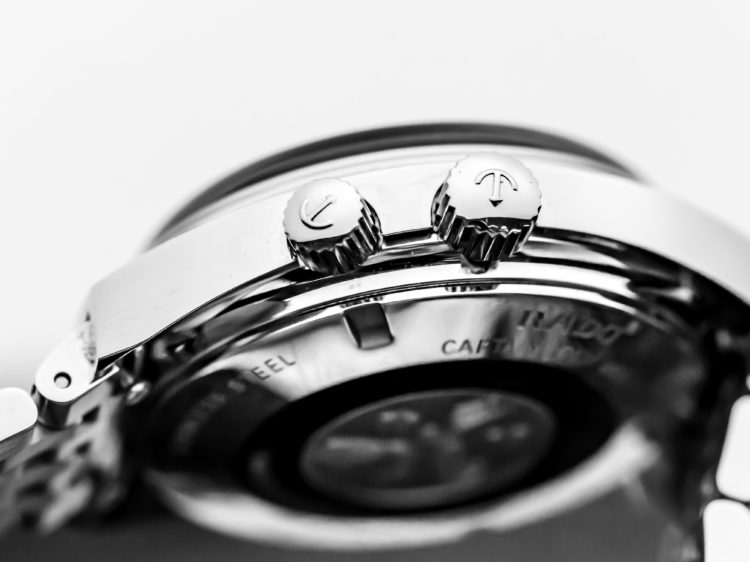 The dial begins with an inky black background which sets the ideal backdrop for the applied faceted hour markers that offer a distinct chunkiness with bright lume applied that makes them pop out from the darkness with a 3 dimensional quality. The hands also lend a nice contrast with their blocky styling that is noticeable at a glance. They stand out well. The date window is placed at the three o’ clock position with a raised rectangular case that adds yet more interesting contrast to the inky background, with the numerals appearing in white against the black background of the window. Here is another example of the use of opposites on the color spectrum. To keep things interesting, a muted red coloring has been applied to the indexes surrounding the outside of the dial face from the 12 o’ clock position to the 3. It’s a nice effect that gives the eyes something different to break up what could otherwise become monotonous. The name of the brand is also smartly applied just under the 12 with a round symbol of an anchor logo in white against a red background. The color layout works very well for this watch artistically blending the use of red to divert the eyes from one part of the watch to the other, giving it a distinct personality. At the bottom the name Captain Cook is placed with the indications that the watch is Swiss Made placed between the seven and the five. The inner timing ring is manipulated by twin signed crowns which are used to set the movement and wind it.

The movement that is used to power the Captain Cook MK II is a caliber C07.611 which is the same movement that was used in the Hyperchrome Captain Cook fro the first generation. It features an escapement that is highly anti-magnetic, a necessity for the diver. This was chosen to keep the overall cost of the sports watch at affordable levels. The movement is a workhorse and not intended to be a showpiece with a skeletonized or cutaway dial. It gets the job done with precision and accuracy but it isn’t one that bears a visual presence as some others we’ve seen. It’s neatly enclosed with the retro styled case back that is adorned with three seahorses which have been imported fro the vintage version. The functions of the movement are hours, minutes, seconds and date with a power reserve of 80 hours. The watch is water resistant up to 220 meters. 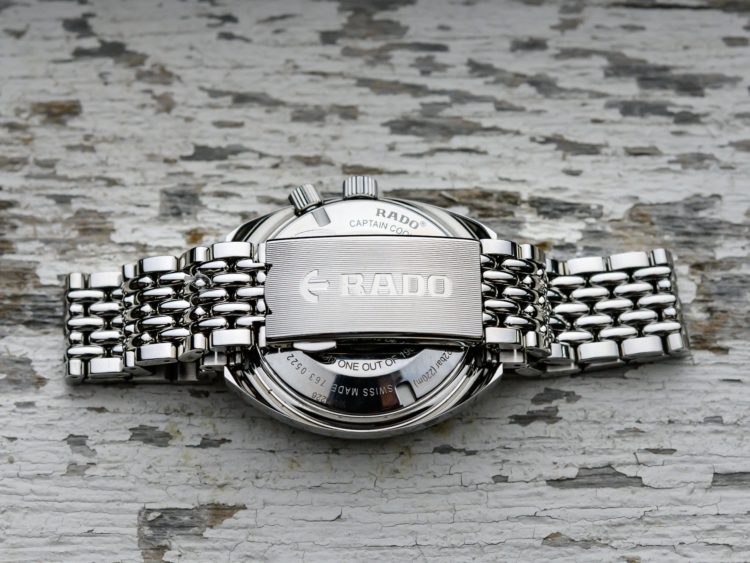 The rice grain stainless steel bracelet gives the Captain Cook MK II a bulkier appearance than it otherwise would have. It’s an 18 mm band that features a taper down to 16 mm at the clasp. Once again we see the vintage carryover from the original in the fold over push button clasp which is a lovely touch indeed.

The Rado Hyperchrome Tradition Captain Cook MK II has been produced in a limited quantity of just 1,962 pieces. The price for this nod to the vintage is set at $2,150. It comes with the rice grain metal bracelet. The watch also includes an extra nylon strap which alters the personality somewhat when you’re feeling like casual sporty is the best approach.