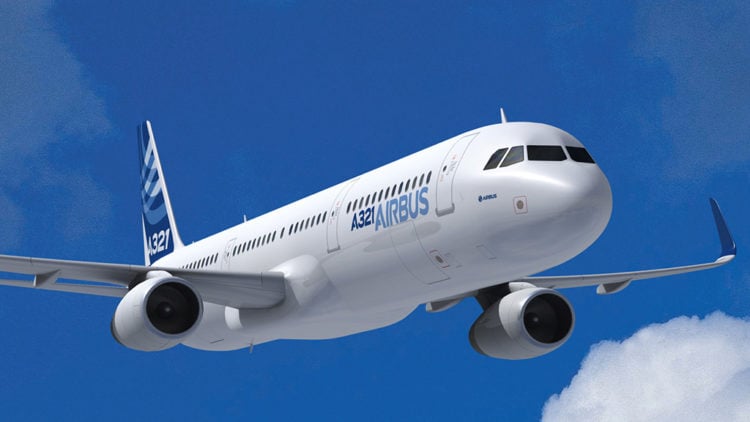 The Airbus A-321 is a step up from their A-320 design, and more than a few airlines around the world have taken notice. While many experienced pilots see a few other plane models easier to fly, there haven’t been too many complaints from the men up front. There are many features that make passengers groan, but there seems to be some changes in the works that are intended to calm some of those irritated voices. As they say, it’s what you don’t know that can make all the difference, so here is a list of some good and some not-so-good things you didn’t know about the A-321.

1. It has the lowest fuel burn in its class.

Fuel burn is not just how much fuel the plane uses but is a measure of how much fuel is used on a per passenger basis. It is a key statistic on how economical a plane is for a company to buy because the lower the fuel burn value, the cheaper it is to fly the plane whether it has 50 passengers or 200 passengers. The lower costs of operation usually filter down to the cost to the flyer.

The low fuel burn factor increases the range of the plane, which not only benefits the consumer but the company. If you fly cross-country there are times you would rather just get to your destination instead of dealing with 1 or 2 layovers. For the company, the increased range allows an A-321 to be used for both domestic and international travel. Think of it as an approach to a one size fits most approach to aircraft management.

3. It was designed to give passengers wider seats and a better flying experience.

This is surprising based on the complaints from passengers who flew the early versions of the plane, who said the opposite was the case. The plane design was also intended to provide flight attendants with more aisle room, something which is generally true. First class flyers had a different complaint about leg room – there wasn’t enough. No one seemed to complain about the A-321’s in-flight entertainment system, so the final result is a mixed bag for flyers.

This has nothing to do with affecting the shark population but is a wing tip design that has been proven to increase fuel efficiency by about 3.5 percent. Named after the fins that help sharks glide through the water, the design has been tested for many years, and the current sharklet is said to have the biggest impact on fuel efficiency.

5. It has an extra lavatory for passengers.

Personally, I’ve never had to use the toilet for any reason during a flight, and that includes the 4 and-a-half hour flights to Chicago from LAX. But many frequent fliers have said that the extra lavatory, which you may have not noticed, that is located in the middle of the cabin, turns out very useful to avoid long lines at the end of the plane.

6. It is environmentally friendly.

This sounds strange for a carbon fuel burning, noisy form of transportation, but the A-321 was designed to reduce polluting emissions and have a smaller noise footprint. But the noise footprint may be for people outside of the plane because fliers have said they have had a noisier in-flight experience.

7. The original A-321 seats had passengers howling over the tiny size of the seat pockets.

This list item is provided from a personal perspective and also for your future consideration. Some original fliers said the seat pocket was only good for holding the safety instruction card. Some quoted FAA regulations about using the pocket to store laptops, etc. Here’s the thing. If you are driving a car both hands are occupied, but you can listen to music, talk on the phone, and still have an enjoyable trip. An A-321 just gets you to your destination 8 times faster (see next item).

8. It has an economical cruising speed of 514 miles per hour.

This is included because it seems that the future of the A-321 will go beyond American Airlines, and that Delta management believes Airbus, not Boeing, is the future of passenger flight. The estimated minimum cost for each A-321 is $86 million, so Delta has just committed at least $8.6 billion to its future fleet.

There is a plant near Mobile, Alabama that is handling new orders, which means that when it comes to quality (which is related to safety) Americans can have confidence in the new A-321 construction.