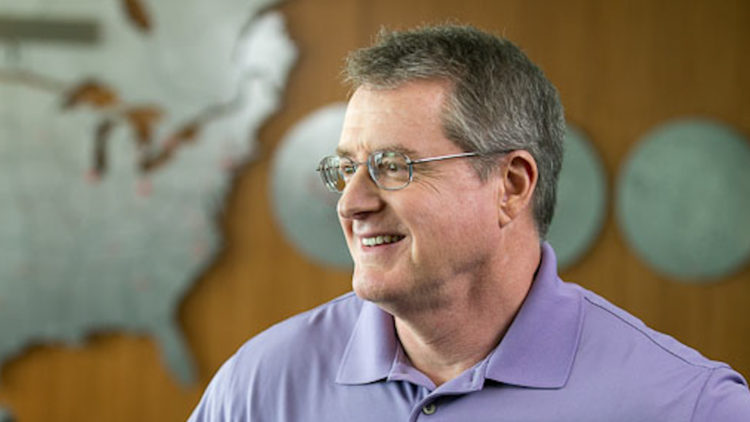 What do you know about Edward J. Heffernan, most well known for the being the CEO of Alliance Data Systems? Below are ten things you may not already be aware of. Keep reading to find out some rather interesting details about this individual.

As a matter of fact, he doesn’t just have some Irish ancestry buried somewhere deep in his background, he is the first person in his family to live her in America as opposed to living in Ireland. Both his mother and father hail from the country and the family in general has lived there for quite some time. In short, he’s about as Irish as a person can get.

2. He has lived in America for several years

Despite his family being from Ireland, he has actually lived in America for a number of years. In fact, he even went to college in the United States. He has a Bachelor’s from Wesleyan University and an MBA from Columbia Business School to show for his efforts. Clearly, this is a person who has the ability to decide what it is that he wants out of life and then do whatever needs to be done in order to pursue it. That is something that doesn’t come as easy to many as it might sound. Having the vision to stay the course is something that requires not only a fair amount of desire and determination but discipline as well.

3. He has worked for the company for a long time

If you think that he just started out as CEO of the corporation, think again. In reality, he has been working for the company for no less than eleven years. He started there back in 1998, working his way up through the ranks until he was eventually offered the position of CEO. Obviously, he has demonstrated a great deal of determination throughout his professional life. After all, one does not get offered the position of CEO without first getting the attention of those who are in the position to make that determination.

4. This isn’t the first major company he has worked for

Alliance Data Systems may be where he has spent the majority of his career but it is by no means the place where he has worked exclusively. He has, in fact, worked for other major companies like Citicorp and First Data Corporation as well. You might even go as far as saying that he has cut his teeth at some of these other corporations, something that he has been able to use to his advantage at Alliance Data Systems.

5. He lives in Texas

Sometimes a person lives in the area where they are needed most for their work, and this is certainly the case with him. Far removed from the climate and beauty of Ireland, he now lives in Dallas, Texas with his family. Imagine what that must be like for someone who has grown accustomed to the climate in Ireland, who then has to get used to the climate in a place as hot and dry as Texas. That is honestly about as far as a person can get from what they are used to and it no doubt takes a great deal of effort on the part of the person who has to do it.

6. He also serves on a Board of Directors

You might think that he’s already far too busy to do anything else that doesn’t involve being a CEO. However, that is not necessarily the case. During his relatively sparse “spare time,” he also serves on the Board of Directors for Children’s Hospital, something that is extremely important to him. He sees this as a way that he can give back to those who need it the most, and he has made it clear in the past that he places a great deal of value on being able to serve in this particular fashion. It is essentially his way of returning something to the community which has given him so many opportunities.

7. He always knew what he wanted to do

Many people grow up without really being able to nail down exactly what it is they want to do in life, at least from a professional standpoint. That was never really the case with him. As a matter of fact, he readily tells people that he knew exactly what he wanted out of life, even when he was a small child. That is one of the reasons he has been so successful. He started working toward his goals ata very young age and he has never really stopped. Even as CEO, he still works toward doing more and doing everything to the best of his ability because he doesn’t want to grow stagnant in his career.

8. He has moved on to other endeavors

When talking about not wanting to allow his career to grow stagnant, he eventually made the decision to leave the company and move on to other endeavors, effective only a few days ago. This isn’t really something a lot of people saw coming, but he felt that it was the right choice for him and his family.

9. He had a good reason for leaving

One of the biggest reasons he decided to leave the company was because he just didn’t have enough time to spend with his family. Being a CEO doesn’t lend itself to allowing a person to do much of anything else, and it finally got to the point where he felt like he needed to make a choice one way or the other.

10. He is more concerned about family than he is about his career

Clearly, he cares about his career but he cares about his family more. There are those times when you can seemingly do it all and even have it all, but that is certainly not always the case. In such cases, he has already demonstrated that when it really comes down to it, he will do what is best for his family every time.