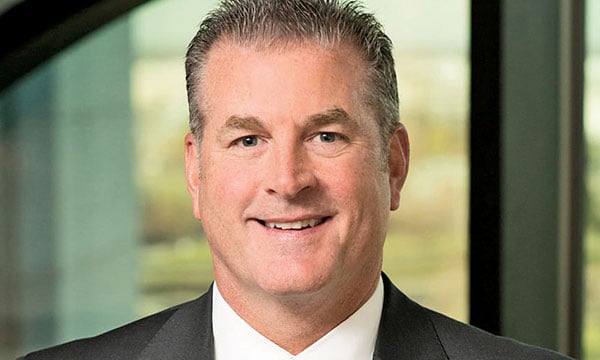 David Dauch is the current head of American Axle and Manufacturing. There are those who will know him best because he is the son of the corporation’s co-founder Richard Dauch. However, David Dauch has more than managed to step out of his father’s shadow, meaning that it would be a serious mistake to regard him as nothing but that What Are 10 Things You Didn’t Know About David Dauch Here are 10 things that you may or may not have known about David Dauch:

Once more, David Dauch is the son of Richard Dauch. For those who are unfamiliar, the elder Dauch was a member of the investment group that bought the five General Motors plants that became the basis of American Axle and Manufacturing. Under his leadership, the corporation saw explosive growth, as shown by how sales managed to increase to $2 billion in 1995 compared to $1.3 billion in 1994.

2. Went to University of Miami

For his education, Dauch went to the University of Miami. Despite its name, the University of Miami isn’t a public but rather a private research university that offers more than a hundred undergraduate programs for interested individuals. Having said that, while the school has a solid reputation in certain academic fields, there are a lot of people out there who will know it best because of its athletic achievements. After all, its football team has managed to win the national championship five times since 1983, while its baseball team has managed to win the national championship four times since 1982.

Later, Dauch earned a MBA from Michigan State University. Like a lot of schools, it started out as a place where students could learn scientific methods of agriculture, which was even more important in the 19th century than in the present time. Over time, the school became coeducational. Moreover, the school expanded its curriculum to encompass other academic fields, with the result that it now has a reputation for subjects that range from business to communication sciences.

Over the course of his career at American Axle and Manufacturing, Dauch has held successive positions with more and more responsibilities. For example, he started out as a manager who was involved with sales administration, which was followed up by a promotion to director and then another promotion to being one of several vice presidents. It is interesting to note that Dauch has held various vice presidential positions responsible for overseeing various functions, which were presumably meant to provide him with a wider range of expertise and experience that would serve him well on his path to the top.

It was in September of 2012 that Dauch became the CEO of American Axle and Manufacturing. With that said, his father remained interested in the corporation to a considerable extent, which made sense considering the time and effort that said individual poured into it. In fact, Richard Dauch attended the corporation’s board meeting on the day that he died so that he could say his goodbyes as well as remind the gathered board members not to bungle matters.

Dauch has stated that both he and his father wanted American Axle and Manufacturing to be a “consolidator and integrator” when it comes to its core business. Such processes tend to have high costs, both because of the initial purchase price and because of the further costs needed to ensure a smooth integration. However, successful integrations can provide businesses with a wide range of benefits that include but are not limited to a bigger customer base, more revenue streams, and boosts to their core businesses where competencies overlap.

7. Has to Handle a Very Cylical Business

With that said, Dauch has to balance consolidation efforts with the necessities of running a very cylical business. In short, American Axle and Manufacturing makes components as well as systems for automobiles. Since car manufacturers are very susceptible to changing economic sentiments because of the boom-bust cycle, this means that American Axle and Manufacturing shares that same vulnerability. As such, when the economy is bad, it becomes more difficult for its leadership to assume the additional debt needed to swallow up other companies because more debt means a bigger demand on revenues that are either shrinking or will soon start to shrink.

8. Motivated By the Need to Diversify

Speaking of which, Dauch’s buy-out of Metaldyne was meant to diversify American Axle and Manufacturing’s revenue streams as well, which has been a problem since his father’s time. In short, the corporation has always been very reliant on General Motors, which is dangerous because that means if General Motors runs into trouble, it can expect something similar as a knock-on effect. Over time, both Dauchs have made serious efforts to reduce American Axle and Manufacturing’s reliance on General Motors by finding new customers offering new revenue streams, with the buy-out of Metaldyne being one such example.

9. Has a Strong Connection with Detroit

Unsurprisingly, Dauch has a strong connection with the city of Detroit. After all, said city is where American Axle and Manufacturing has its headquarters, thus that it has had a huge effect on the corporation and vice versa. Furthermore, it should be mentioned that Dauch is involved with a number of Detroit-based organizations, thus further strengthening that sense of a connection.

10. Board Member For the Detroit Economic Club

For example, Dauch is a member of the board for the Detroit Economic Club. In short, said organization is a place where academics, businesspeople, and government officials can gather to discuss a wide range of commercial, political, and other issues. However, the Detroit Economic Club is by no means limited to either Detroit or even Michigan issues. For proof, look no further than the fact that it is one of the most valued places to speak for CEOs in the United States and beyond, which speaks volumes about its prestige as well as the prestige of its membership.