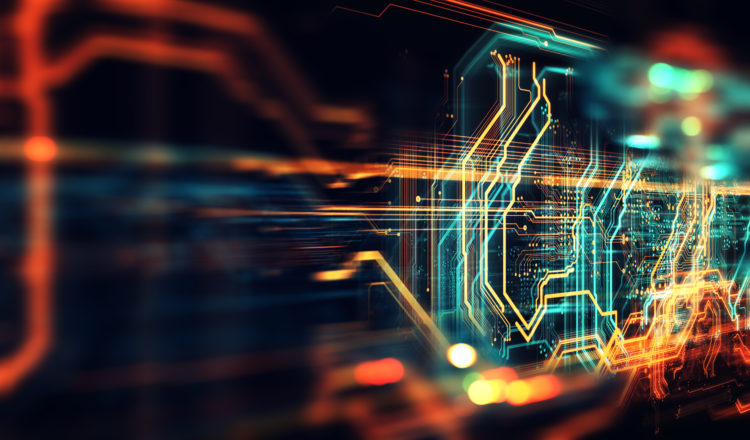 DataRobot is a tech startup that has risen to become a leader in automated machine learning through the technology of artificial intelligence. This is a company that has grown and expanded at a fast pace. The development of new and evolving technologies has been moving quickly and advancements have put the company on the cutting edge of its industry. If you have an interest in this technology, DataRobot is a good firm to become acquainted with and to help here are 20 things you didn’t know about it.

1. DataRobot falls within a range of classifications

Although the main category that DataRobot falls under is artificial intelligence and machine learning, there are other descriptors that adequately describe it. Software as a service is one of them as well as robotics, predictive analytics, enterprise software, and information technology.

2. DataRobot is a leader within the current Intelligence Revolution

Specialties that DatatRobot currently leads in are AI technology, data science, and it serves global enterprises with return on investment enablement services. This is cutting edge technology that the products deliver. It serves businesses of all sizes from small to large enterprises to deliver better business outcomes.

This company has achieved a reputation for delivering artificial intelligence that generates a return on investment for its clients. Top-tier firms who use the products created by DataRobot enjoy benefits that include the use of world-class aI software along with training from the DataRobot company, and support services for organizations that subscribe to the services. This is a company that provides enhanced value for the products that it has to offer. This helps to build confidence from customers.

This company was founded by Jeremy Achin and Thomas DeGodoy on June 1st, 2012. It is entering into its 8th year of operation. The company is headquartered in Boston, Massachusetts. The company was started with a pre-seed round of funding that brought in $118,000 to get the basic structure established. The concept of this AI-powered software company was so intriguing that it attracted a number of wealthy investment firms that provided the necessary funding to fuel the growth and expansion of DataRobot.

5. DataRobot is a privately held company

If you’re hoping to invest in DataRobot stock, this is an option that is not yet available. The executive leaders of the business have not yet filed for an Initial Public Offering. DataRobot is financially backed by venture capital and has not yet taken the step to go public. There really hasn’t been a need to file an IPO because the main reason for going public is to raise funds and DataRobot has ample financial backing from the private sector. This doesn’t mean that it will never go public, but for the time being, executives have decided not to take this action.

Companies that reach the one billion dollar mark in valuation join an elite group of businesses that are often referred to as unicorns. DataRobot has satisfied this requirement through a combination of venture capital investments and positive returns on the products that it offers to the general public for sale.

When doing research on the operations of DataRobot through its LinkedIn page, we discovered that DataRobot is actually a very large company as of early 2020. There are a total of 1,150 employees listed on LinkedIn. In addition to this, we also discovered that the company is going through a period of rapid expansion. At the time of our investigation, DataRobot had listed a total of 706 available jobs. This is more than half of its current workforce and it indicates that there are plans to make a huge expansion of the current operations.

10. Jobs are opening up in major cities

We also noticed that there are a lot of management jobs that are open in 3 major US cities. These include Boston, Massachusetts, Chicago, Illinois, and New York City, New York. There are also multiple engineering positions, payroll, trainers, event coordinators, group coordinators, media and communications, AI engineers, and much more. This is an exciting piece of news as it points to yet another growth phase where DataRobot will nearly double the size of its current workforce.

11. DataRobot focuses on customer service as a priority

While we were browsing through the current job openings for DataRobot, we noticed that the job descriptions place a heavy emphasis on customer service. Enhancing customer experience is underscored as a part of most of the duties assigned for each position that meets with the public, or provides products that will end up in users’ hands. With this philosophy built into each job description, it tells us a lot about the company culture and that this is a business that places the achievement of customer satisfaction as a very high priority and they instill this in each worker that joins the team of DataRobot.

12. DataRobot is about teambuilding

For anyone who is interested in a career with DataRobot, the jobs that are available with the company are listed on their website, along with its LinkedIn page. There are complete job descriptions listed that detail the educational and experiential requirements, but there is another component that we saw infused within the job descriptions. The position descriptions state that workers must be willing to become a part of a team and for many of the managerial positions, teambuilding is a part of the required tasks. DataRobot is big on teamwork and everyone working together to achieve a common goal.

13. DataRobot is enhancing its growth and support areas

We were impressed with the number of engineer support and growth management positions that DataRobot has advertised. These are new positions and there are a lot of them, indicating that the company is preparing for a major period of growth. They are getting in line with ample engineer support positions as well. This makes us wonder if it is to continue forward with current products that are available or if DataRobot is planning to branch out with new products and services within the artificial intelligence and machine learning industry. It is exciting to see how large the plans for expansion are with a company that has already reached unicorn status. Investors must also be thrilled with the expansive growth that is staged to take place in the near future.

14. DataRobot has expanded throughout the nation

Our investigation of DataRobot turned up a lot of interesting facts about the company. We learned that there are 625 employees living in the United States. There are 276 in the Greater Boston area, followed by 64 in San Francisco Bay, 36 in the Greater Denver area, 39 in Columbus, Ohio, 32 in New York City, and 32 in Washington DC in the metro area. We saw that there are job openings in Chicago, Illinois, indicating that there are plans to open operations in this city as well.

There are also employees stationed throughout other countries in the world. The scope of operations has expanded dramatically for the company that is less than a decade old. The largest concentration of employees for DataRobot outside of the country is in Ukraine where there are 258 workers. There are 50 in the United Kingdom with 35 of them living in London, England. On the Asian-Pacific front, there are 48 in Japan and 37 in Singapore. DataRobot has 31 workers in Germany with 25 of them living in the Munich area, and there are 20 DataRobot employees in Australia.

17. Most DataRobot employees have a strong educational background

DataRobot also lists the colleges and universities where their employees studied. Although they do not match the names with the institutions, they have collected data about the distributions of the numbers. We found this to be an interesting data set that tells us yet more about the company and its values when selecting each member of its workforce. 41 studied at the Taras Schevchenko National University of Kyiv, and 36 at the National Technical University of Ukraine (Kyiv Polytechnic Institute), 9 from Kyiv National Economic University, and 8 from the National University of Kyiv-Mohyla Academy. The American crew studied at Northeastern University, Boston University, MIT, Stanford University, Ohio State, U of Massachusetts Lowell, UCLA, Berkeley, Georgia Institute of Technology, Cornell University, Tufts University, and John Hopkins University. This is an impressive display of reasoning power and it also confirms that DataRobot employs some of the best minds in the industry from high-ranking universities and institutions of higher learning.

When we were examining the data that has been collected about DataRobot, showing the distribution of employees throughout the many departments of the company, it became apparent that the majority of employees are engaged in engineering work. At this point in time, more than half of the workforce is engaged in some type of engineering with a total of 578 working in this domain, and this is before the new positions that are offered have been filled. This is followed by 161 positions in sales, 147 in Information Technology, 105 in Business Development, 95 in Support, 71 in Operations, 63 in Marketing, 39 in Community and Social Services, 31 in Human Resources, 31 in Arts and Design, 29 in Research, 29 in Education, 26 in Entrepreneurship, 23 in Product Management, and 21 in Media and Communication.

19. DataRobot was named as a “Visionary in Gartner’s 2020 Magic Quadrant”

A report was issued from Gartner that named DataRobot as a “Visionary” in its 2020 Magic Quadrant for Data Science and Machine Learning Platforms. This is a distinction of high honor that DataRobot has achieved now for two consecutive years. The significance of this report is in the recognition of the company’s “completeness of vision and ability to execute.” DataRobot is an enterprise that has taken its Artificial Intelligence platform to the next level offering products that enhance and improve the capacity of businesses to receive a larger ROI.

According to a report issued by Bloomberg, DataRobot is consistently providing complicated AI software and products that are becoming more user-friendly and simple for end-users to deploy. The products are constantly evolving and changing in ways that add greater value for the end-users by accomplishing specific tasks that enhance the flow and success of business operations, without the need to be tech-savvy. While it’s helpful that DataRobot maintains a crew of training and support specialists to help their customers get the most out of the products, it’s even better that it’s becoming easier to use with the passage of time.