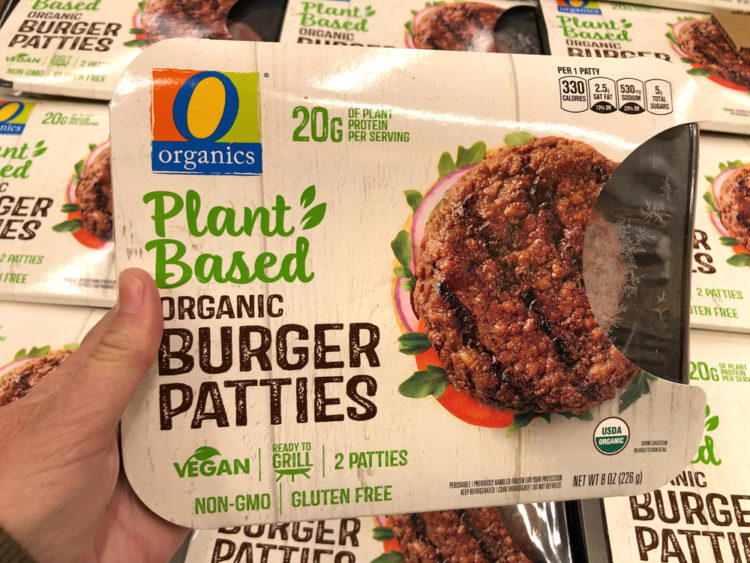 Alternative proteins are nutritional food sources that are used to replace meat-based products for those who prefer a diet that does not include products made from the flesh of animals. Some of these food production companies have taken it a step further to include alternatives for milk, eggs, and fish proteins. This is a new niche in the food industry that is disrupting the traditional market for animal agricultural products, offering consumers alternatives that provide the required nutrition, texture, and flavor that is similar to that of the animal-based products. Here are five companies leading the way in alternative proteins. Whether you’re looking for a company to invest in to diversify your current portfolio, or you’re simply interested in eating healthy foods that do not contain any trace of animal products, you’ll find that these are currently the top alternative protein producers in the country for 2021.

Impossible Foods is an alternative protein company that was founded in California in 2011. This company is responsible for creating the Impossible Burger that was first offered for sale to the public in July of 2016. The specialty plant-based burger is sold through several restaurants throughout the nation. The company makes burgers that have the taste and texture of real beef complete with the appearance of bleeding like the real thing, only it’s entirely comprised of plant matter. Impossible Foods is backed by venture capital investors including Bill Gates and Google Ventures who have contributed more than $250 million in funding. Impossible foods opened up a plant for the production of plant-based burgers in 2017, with the capacity for producing a monthly volume of one million pounds monthly. It is currently one of the largest alternative protein producers in the nation.

Beyond Meat is an alternative protein producer that makes meat substitutes out of plant-based ingredients. The company was established by Ethan Brown in 2009 with its headquarters in Los Angeles, California. The company develops and produces products that are similar to beef in the form of ground plant-based meat and meatballs. It also produces pork alternatives in the form of plant-based pork sausage links and patties. Beyond Meat most commonly uses plant proteins that include pea isolate ad textured soy. This company is financially backed by Bill Gates along with the co-founders of Twitter and other investors. It also produces chicken protein alternatives. The products are distributed through Whole Foods in the United States market.

Clara Foods was established in 2014 in San Francisco, California. This is an alternative protein manufacturer that specializes in the production of chickenless egg whites. The liquid egg whites are genetically identical to egg whites, with the exception that they are grown in a lab using genetically modified yeast. The process does not involve any harm to animals. Clara Foods is backed by Gary Hirshberg, the founder of Stonyfield Farms, and other venture capital investors. The company has raised more than $3 million in funding since its first-round that closed in 2015.

Just San Francisco is one of the biggest alternative protein manufacturers in the United States. The company began in 2011 with its signature product called Just Mayo, which is a mayonnaise that is made without eggs. The company produces a variety of alternative protein products including dressings, cookie dough, and a scramble product that is an alternative to scrambled eggs. Just SanFrancisco attracted several wealthy investors including Marc Benioff of Salesforce, Facebook’s Eduardo Avarein, The Heinekin Family, Temasek Misuit, and several others. It’s a successful company that raised over $220 million in funding for the expansion of its operations. Just San Francisco distributes products throughout the United States to most major retail grocery chains including Kroger, Walmart, Whole Foods, and other grocers.

Plantifull Food Company is a business that developed plant-based dishes that are made of healthy ingredients. Some of the meals prepared by the company feature alternative protein foods. This is a completely meat-free business that was started in 2016 by a husband and wife team. They were inspired by the difference that a meat-free diet can make in promoting physical and mental health improvements. This company serves vegans, vegetarians, and all people who are interested in a plant-based diet with food products that are guaranteed to be 100 percent plant-based. Also, the ingredients are sustainably sourced and free of palm oil. The company also offers gluten-free options such as Coronation Chickpea meals and Shroomy Risotto. All of the meals manufactured by this business include a healthy plant-based source of alternative protein that is free of nuts and animal flesh.

These are the top-rated alternative protein companies currently in operation in the United States. Alternative protein is becoming one of the strongest trends in diet modification practices in America. More people are becoming conscious of the things that they put into their bodies. Some view these new diet alternatives as a way to take in more natural food sources into the body without sacrificing any of the necessary nutrients such as protein and the associated vitamins and minerals that are obtained from meats. Each company represented in this list has a successful track record with high marks in their reviews for producing the highest quality animal-free products. It is essential for people who observe a vegan or vegetarian diet to carefully research the origins of any alternative protein products purchased as some companies, such as Just San Francisco are looking into lab-created meat alternative products that are genetically modified versions of flesh. While these products do qualify as meat alternatives, some diets do not allow for the use of any genetically modified meat products. There is a difference between lab-created meat alternatives and egg whites, and those that are one hundred percent based upon plant matter.