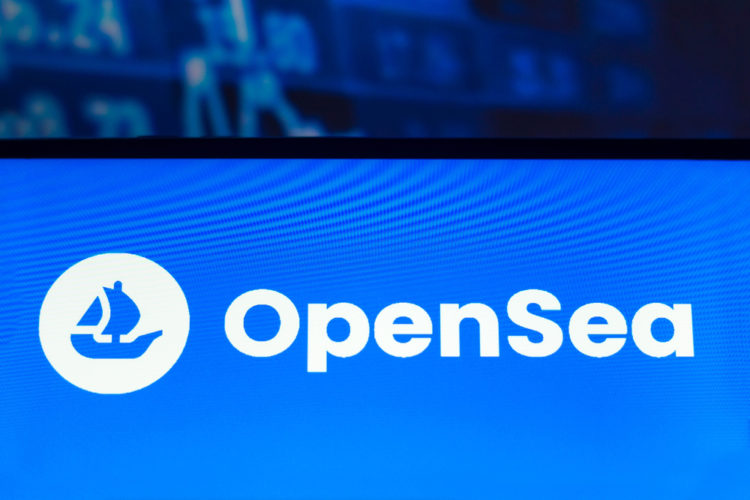 OpenSea is a company that is cashing in on the crypto-collectibles frenzy. It is a peer-to-peer marketplace for such along with non-fungible tokens. The platform is open to all buyers and sellers who wish to purchase or sell gaming items, collectibles, or other types of blockchain-backed virtual items. The platform works via a digital contract that allows OpenSea to collect its profits from the enterprise. If you’re not yet familiar with this virtual marketplace here are twenty things, you probably didn’t know about OpenSea.

1. OpenSea is still a young company

According to Crunchbase, OpenSea is still a new enterprise. The online marketplace launched its operations officially in December 2017. It has only been in business for four years, but it has far surpassed all expectations of its founders and investors.

The OpenSea website uses various technologies in a complicated configuration that makes it operate smoothly and efficiently. The website actively uses forty-two technologies to power its website. They distribute these technologies across dozens of technology products and services. A few of them include SPF, Google Apps for Business, WordPress, and many others.

3. Interest in OpenSea is growing

According to the statistical data maintained for the OpenSea website, there has been a growth in the number of monthly visits to the site. Over the past thirty days, there were a total of 62,105,769 visitors either checking out the website or using the marketplace. This number has resulted in OpenSea’s ranking as number 649 of the millions of websites registered on the world wide web. It’s one of the largest websites in the world currently by web traffic volume.

4. OpenSea is the most popular in the United States

OpenSea was founded by two entrepreneurs. Alex Atallah and Devin Finzer are partners in the enterprise. Alex Attallah serves as the chief technology officer for the company. Joshua Wu is a founding engineer. Taylor Dawson is also a founding engineer. Alexander Bercow is a partner success lead. Edward Clements is a community manager. Hamish Barnes is the growth and community lead. Karthik Kongovi is the vice president of operations. Matthew Foglia is a community manager, and Max Kim is a software engineer. This is the executive team that oversees the leadership of the enterprise.

6. OpenSea has one member on its board of directors

The board of directors for OpenSea has one member on its board of directors. Kathryn Haun joined the board as a member on July 19, 2021. She is a general partner at Andreessen Horowitz with three portfolio companies and one exit. Ms. Haun provides financial and strategic planning advice to the leaders of OpenSea.

7. OpenSea is a secondary market-backed enterprise

OpenSea has participated in eight rounds of venture capital fundraising. So far, the business has raised a total of $127.2 million in funds through its investors. The most recent round of Secondary Market fundraising concluded on October 2, 2021.

OpenSea has a high level of investor confidence. It has attracted several wealthy investors and venture capital companies who believe that the company has huge potential for continuing its current trajectory for success and profitability. Some of the investors include Devang Thakkar, Republic, Dylan Field, Kevin Hartz, Tobi Lutke, Creative Artists Agency, Andreessen Horowitz, Coatue, and many others.

There are also a few celebrity personalities who see the potential for OpenSea as a profitable investment for their portfolios. Famous film and television star Ashton Kutcher is among them. He invested an undisclosed amount in a round of Series B venture capital fundraising. Another is Kevin Durant and Rich Kleiman’s Thirty-Five Ventures. These notable celebrity personalities help to elicit greater confidence in the OpenSea platform.

10. OpenSea has made one acquisition

OpenSea acquired a company named Atomic Bazaar on December 13, 2018. Atomic Bazaar is a digital asset marketplace. The company was purchased for an undisclosed amount and the process has been completed. Atomic Bazaar operates as a subsidiary under its new parent company OpenSea.

12. Covid-19 boosted the valuation of OpenSea

Some businesses failed and closed their doors forever because of the effects of the recent pandemic. This was not the case for OpenSea. More people staying at home meant that there was an increase in interest in things offered through the internet. Collectors found themselves working from home with more time to search for items to buy or sell. Some entrepreneurs even opened up new businesses backed by cryptocurrency. This led to an increase in interest in the OpenSea marketplace. In 2020, the company had only 4,000 active users with over $1 million in transactions per month, but the revenues were only $28,000 per month. The leadership set a goal of doubling its business. Just when things became desperate and a competitor folded up its operations, things were tight but they held together. The following July everything cut loose and more than $350 million in trades broke loose on the platform.

13. The co-founders of OpenSea are multi-millionaires

Business got so good at OpenSea that the revenues started piling up. OpenSea charges a sales commission of 2.5 percent for every transaction that happens through the site. The co-founders started raking in the profits. The company has grown ever since the early part of 2021 and it continues to grow with each month that passes. What looked like the end of a dream was just the beginning. It was without warning that the changes took place. This was followed by interest from investors including Andreessen Horowitz, which led the round of venture capital fundraising that raised an additional $100 million in support for the startup.

14. OpenSea is a unicorn company

OpenSea has recently joined an elite group of companies that have reached a valuation of at least $1 billion. Ater OpenSea’s flurry of new business and its most recent round of venture capital fundraising, the valuation of the company skyrocketed. It is now valued at $1.5 billion, making it a member of the exclusive unicorn category. Within a few short months, and more increases in NFT trading, the valuation of OpenSea reached a high of $3.4 billion, making it over three times the required amount to maintain its status in the group.

OpenSea has a fairytale-like story. It went from the brink of disaster during a time when businesses were failing all around, to megastar in the cryptocurrency and digital trading world. The marketplace is inclusive of the most available digital items, which reaches a broader segment of the population than most virtual marketplaces. At last accounting, OpenSea is doing at least $2 billion in transactions every month. It has grown from a mere 4,000 registered users over the past year to an astronomical figure of over 1.8 million users who are active at any one time. This gives OpenSea a dominant market share. The company has also grown in size to employ 70 staff members. This is a company that is on the move and experiencing unprecedented growth and popularity.

According to its LinkedIn page, OpenSea is currently scouting for new talent. The current number of employees in its workforce is listed at 129. This represents a growth rate that is nearly double, up from 70 just a few months ago. The company went on a massive hiring campaign to bring in more customer service and marketing representatives and they had no trouble filling the positions quickly. At last check, there were just two positions that remain unfilled, but they’re likely to be filled soon. OpenSea has just undergone the largest growth spurt in its history. Much still depends on what the cryptocurrency market does and if the current frenzy in digital buying, selling, and training continue to flourish. If so, OpenSea will continue to grow and prosper. 46 investors are betting that this will be the case. So far, OpenSea has surpassed everyone’s expectations for growth and prosperity.

According to The Information, OpenSea just reached a new milestone as of the middle of November 2021. They impressed us with its $1.5 billion valuation that soon grew to $3.4 billion. The latest report shows that the valuation of OpenSea is an amazing $10 billion. We are wondering what will happen during the winter months. Will it continue to grow when there are even more people stuck indoors with little to do? There is a potential for this company to continue to grow at its current rate, but as with any new industry, only time will tell. For now, they’re moving ahead with lightning speed and reaching dizzying heights of glory.

18. OpenSea is a privately held organization

OpenSea is a unicorn company with a high valuation, but it’s not one that you will find on the public stock exchange. You won’t be able to find OpenSea stock for sale or trade because they have not taken it public. The owners and board have maintained its standing as a privately held enterprise so far.

19. Alex Atallah is a Stanford Graduate

Co-founder and CTO of OpenSea Alex Atallah has an impressive academic and work history. He is a graduate of the prestigious Stanford University. Atallah entered the computer science program in 2010. He earned his bachelor of science in computer science in 2014. While attending the school, they involved him in the Association of Computing Machinery as an officer. Alex completed the Theory track and also took extra classes in information and Human-Computer Interaction. He also studied game theory, neuroscience, urban studies, and political science. He attended the Y Combinator school in 2018. Alex has held several engineering positions before founding OpenSea.

According to his LinkedIn profile, Devin Finzer is a graduate of Brown University. While attending, he majored in Mathematics. He became a software engineer and a serial entrepreneur. Before he founded OpenSea, with Alex Atallah, Devin co-founded a startup called Iris Labs. The startup had its headquarters in the San Francisco Bay Area. He co-founded a company called Claimdog. Credit Karma acquired it in 2016. Finzer stayed on with the company after the acquisition to serve as an engineering manager before leaving to establish OpenSea. Like his partner Alex Atallah, Finzer also has an impressive academic record with a GPA of 4.0. He also has an exceptional engineering work history.