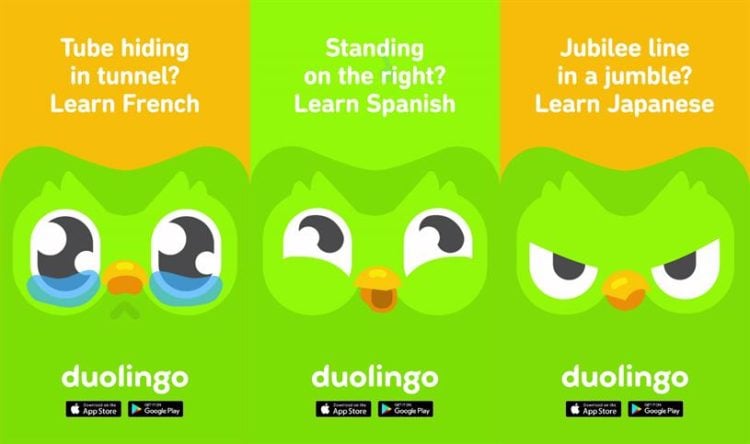 Duolingo is an online platform that consists of both a website and an app. It teaches multiple languages to speakers of a variety of languages, and there is the opportunity to take proficiency assessment exams. The company was founded in 2011 as a private beta and then released to the public the following year. It is now one of the biggest and most successful companies of its kind with more than 300 million users around the world. Since it was founded, the company has expanded rapidly, achieved any things, and has some unbelievable statistics. Here are 20 things that you probably didn’t know about Duolingo.

1. Luis Von Ahn is One of the Co-Founders

Luis von Ahn is one of the co-founders of Duolingo and he is also the CEO of the company. This Guatemalan entrepreneur is also known for being one of the pioneers in crowdsourcing and as the founder of reCAPTCHA, which he sold in 2009 to Google. Although he was raised in Guatemala, he moved to the United States to study for a degree in mathematics from Duke University, and then studied for his Ph.D. in Computer Science at Carnegie Mellon University. Luis von Ahn is also a Consulting Professor in the Computer Science Department of Carnegie Mellon University. He has won multiple awards for his research and has been recognized as one of the most influential people in his field.

2. The Other Co-Founder is Severin Hacker

Alongside Luis von Ahn, Duolingo’s other co-founder is Severin Hacker. Born in Zug, Switzerland, Hacker achieved his BS in Computer Science at ETH Zurich, When he had completed his degree, he moved to Pittsburgh to study for his Ph.D. in Computer Science at Carnegie Mellon University. This is where he met Luis von Ahn, who was his graduate advisor. The pair were initially trying to translate websites into other languages, and Duolingo was a by-product of their initial idea. Hacker has also been involved in the development of many other technology businesses and apps. He has won multiple awards for his research and innovations.

3. It Was Inspired by Poor Education in South America

Luis von Ahn told Life Hacker that the idea doe Duolingo was inspired by his upbringing and education in Guatemala. For children growing up in Guatemala and many other areas of South America, there is only a 30 percent chance of them learning to read and write. One way that people who live in this part of the world try to broaden their learning opportunities is to learn English. Most who do this learn online or through local courses. However, these come at a cost, and this means that poor people do not have the same opportunities. Von Ahn wanted to give people from all socio-economic backgrounds the same opportunities to learn by providing a free language-learning platform.

4. Duolingo Was Funded by Grants

Luis von Ahn was awarded a MacArthur fellowship for his innovative work in the field of computer science. The money from this fellowship along with a National Science Foundation grant was used to sponsor the development of Duolingo. Money was then raised from other sources to launch the product. They raised $15 million from a Series B second-round of funding while they were still an ‘Early Stage Venture’. This round of funding was led by New Enterprise Associates. Their total funding was brought to $18.3 million thanks to the participation of Union Square Ventures. In 2014, the venture entered its ‘Late Stage Venture’ phase and raised a further $20 million, led by Kleiner, Caufield, and Byers. The following year, a further round of funding led to investment from Google capital and brought the total funding raised to $83.3 million.

5. The Courses Are Free

Most language-learning platforms make money by selling their courses. However, Duolingo is different because all the language courses are completely free. This does not mean that the company does not make money, though, as they have income streams from several sources. Some of their money is made from advertising revenue. They also make money from add-ons and exams. Although users must pay to take the exams, these are priced much lower than the exams provided by competitors.

6. They Focus on the Product

Von Ahn told Geek Wire that the reason they stand out from the competition is that they focus on the product. He used competitor Rosetta Stone as an example of how his company differs. Rosetta Stone was already a well-established language-learning platform when Duolingo was founded. This company had more than 1,000 employees and much of the focus was on marketing to make money from course sales. Von Ahn says the focus at Duolingo has always been on the product and this is what helped them to surpass the results of their competitors. Most of the workforce at Duolingo works on product improvement.

Although almost half of the staff at Duolingo work directly on the product rather than on marketing, technology, or any other aspect of the business, it is not only the employees who contribute to the content of the course. There are also volunteers who provide course content because they are passionate about the mission of the company. Many of these are users of the app who are trying to learn new languages.

Duolingo began as just Luis von Ahn and Severin Hacker working together. The product was then developed with the involvement of Vicki Cheung, Antonio Navas, Brendan Meeder, Marcel Uekermann, Jose Fuentes, and Hector Villafuerte. Now, the company has more than 200 employees. Von Ahn has said that although the headquarters of the company is based in Pittsburgh, approximately 85 percent of the employees are from elsewhere. They attract the best employees by offering them an excellent package, which includes relocation fees for when they move to Pittsburgh for the job.

The mascot for Duolingo is a green cartoon owl called Duo. This mascot has been the subject of an Internet meme. In the meme, users of the app are threated and stalked if they do not continue to use the app. Duolingo acknowledged this meme as part of an April Fool’s Day joke when they released a video. The video featured a fictitious premium feature where are users are reminded to use the app by a visit from Duo in person.

11. It Was the Subject of an SNL Skit

Duolingo has become a topic that has been highlighted in popular media. One example of this is when the website became the subject of a skit on Saturday Night Live, says the Duolingo Forum. In an episode of SNL that was hosted by Kristen Stewart, the skit parodied Duolingo in a skit that showed parents using a fictitious app on Duolingo called ‘Duolingo for Talking to Children’.

The Duolingo app has won multiple awards since it was launched. The first of these was in 2013 when Apple named it the iPhone App of the Year. Crunchies then awarded it the Best Education Startup Award in the following year. In both 2013 and 2014, Duolingo was the most downloaded app in the education category on Google Play. Finally, it won the 2015 Play & Learning category by Design to Improve Life.

13. The Company is Also Award-Winning

The company itself has also won multiple awards and accolades. It has been listed as one of the 50 Most Innovative Companies, both of which are lists by Fast Company. IN 2018, the company won Inc. Magazine’s Best Workplaces Award and was included in Entrepreneur Magazine’s Top Company Culture List. In the same year and the following year, Duolingo was included on CNBC’s Disruptor 50 lists. Duolingo was named by Forbes as a Next Billion-Dollar Startup 2019 and TIME Magazine included it in their list of 50 Genius Companies.

14. Schools Can Use Duolingo

Duolingo is not only something that individuals can use to teach themselves a new language, but also something that can be used as a learning tool by teachers in the classroom. Duolingo for Schools is a tool that teachers can create an account for and then use in the classroom as part of the learning experience. It allows teachers to monitor and track their students’ progress while learning a new language.

15. There Are Two Courses in Fictional Languages

16. The English Course for Spanish Speakers Has the Most Active Users

There are currently 96 language courses offered by Duolingo in 23 languages, with many more courses in beta or being developed. As of December 2020, the most popular course available teaches English to Spanish speakers. There are 27.3 learners who access this course on the app or website. This course was released in March 2012.

17. English is Available in the Most Languages

18. The Duolingo Database is Constantly Updated

According to the statistics on Expanded Ramblings, the Duolingo database is constantly updated to keep track of its users and statistics relating to the various courses. It is mindblowing to learn that the database is updated a staggering 300,000 times per second. This constant updating is important as the product is constantly being developed and it allows the company to track the popularity of different courses.

Considering all the Duolingo courses are free to users internationally, it is surprising to learn that this company has now been valued at a whopping $700 million. In terms of both usage and value, it has surpassed all its competitors in its field to become the most valuable online language education company in the world. As the popularity of Duolingo continues to grow and they are continuously adding more courses, it is likely that the value of this company will continue to increase.

As more than 300 million people use Duolingo each month and each user spends approximately ten minutes per day learning a language, this amounts to a lot of exercises completed over the period of a month. In fact, the combined total of the number of exercises completed by all the users is approximately seven billion each month. This number will continue to increase as more courses are added and more people begin using Duolingo.