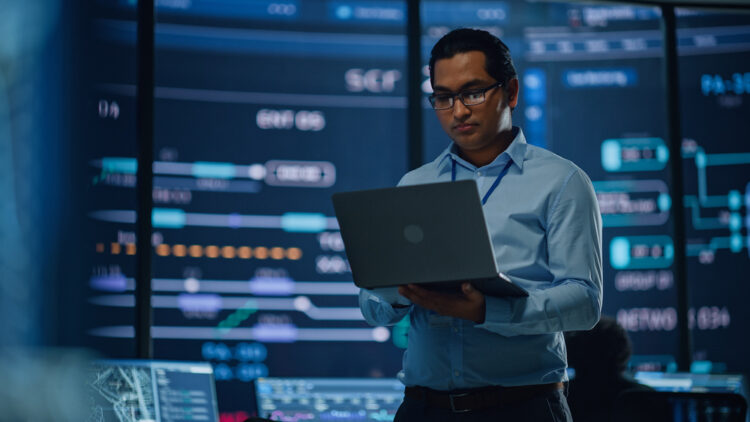 Airbyte is a data integration platform that provides customers with an open-source option to sync data from databases, APIs, and applications to warehouses. The platform provides data engineering teams with tools based on a modular architecture to handle necessary tasks and operations from a single platform. Airbyte helps customers replicate their data in their databases, lakes, and warehouses. The company is highlighted in business news for its recent influx of investor capital and its progress in moving forward toward established goals. If you’re not yet familiar with Airbyte, here are twenty things about the company you probably didn’t know.

1. Airbyte is a versatile and multi-faceted platform

Airbyte provides all of the tools that data engineers require to complete their necessary tasks related to management and the use of data sources from a single location. According to Github, It’s listed across multiple subcategories within the data industry. Airbyte provides tools for pipelines data engineering, data analysis, data integration, hacktoberfest connectors, replications, data ingestion, data transfers, data science, and incremental updates to the data platform. Clients have access to all of this through its open-source, modular architecture.

2. The Airbyte platform is frequently updated

We reviewed the updates to the Airbytes platform through Git Stats. Airbyte added project flow for onboarding improvements just three days ago with Readme functions to all modules about a month ago. they also added open API schema updates four days ago with multiple additions and improvements made consistently. The platform offers an impressive array of tools with ongoing updates. Data engineers may choose from the options in the modules as needed to customize the program to best suit their data management needs.

Airbyte is gaining popularity with companies operating warehouses or needing to connect with warehouses. The company is on a mission to streamline the integrations of data pipelines for the people who depend on the information. The platform is extensible and secure. It makes adding new connectors. The platform is available in the language of choice with scheduling and orchestration features. The platform is designed to cover the long tail of connectors and the needs of the users with adaptable connectors, tested to work, and customizable to users’ specific needs.

The Airbytes platform does away with the need for lengthy compliance processes. It’s because Airbyte is self-hosted. It keeps data in your cloud, providing you with full control over your data and the associated costs of making data transfers. Airbytes saves data professionals time and money.

Airbyte maintains a support network for its community of users that goes beyond the average support systems from providers. Those in the community of users may refer to the documentation provided by Airbyte, or seek additional help through multiple channels. GitHub provides bug reports and contributions from users. Twitter maintains news about what’s new with the platform. Slack offers live discussions with the Airbyte team and the Community. forum offers more intense conversations about potential problems, connectors, and features of the platform. Airbyte maintains weekly office hours and provides an Airbyte team with informal, live video call sessions in 30-minute durations.

6. Airbyte is a new company

Airbyte has not been in operation for long. The platform launched in 2020 as the achievement of its founders Michel Tricot and John Lafleur. Airbyte enters its second year of operation in 2022. It’s exceeded expectations for a company at this stage of development. Although Airbyte is still in its infancy, it’s more successful than most companies in later phases of growth and development.

7. Airbyte actively uses a complex array of technologies for its website

Crunchbase confirms that the Airbyte website is powered by a complicated assortment of forty-nine technologies to ensure a smooth and seamless experience for users visiting the website. The technologies are distributed across thirty-one technology products and services. Some of them include jQuery, Google Analytics, SPF, HTML5, iPhone Mobile Compatible, Viewport Metal, and dozens more.

Airbyte maintains distinction from its competitors in the data technology industry. It’s done so by registering two trademarks in the scientific and electric apparatus and instruments category. Airbyte took the necessary measures to legally protect the intellectual property that sets it apart from others in the data tech industry.

The analytical data maintained for the Airbyte website confirms that the young company is increasing its web traffic at an impressive rate. The total number of monthly visits to the website over the past thirty days was 5,270. It’s not bad for a new business. Statistics show that the monthly visits growth rate has increased by 223.31 percent in the last month. It’s a positive indication more people are hearing about the platform and checking it out. Airbyte has a ranking of number 1,857,426 of the millions of websites registered on the World Wide Web.

10. Airbyte is the most popular in the United States

The executive leadership team at Airbyte is small but effective. The two persons at the top of the organization are the co-founders. John Lafleur is a co-founder who serves as the chief operations officer. Michel Tricot is a co-founder who also serves as the chief executive officer of Airbyte. They are supported by Davin Chia, Engineering Lead, Jared Rhizor, Engineering Lead, Abhi Vaidyantha, Senior Developer Advocate, Anita Sandoval, Direct of People Ops, Charles Giardina, Director of Engineering, Chris Duong, Engineering Lead and Edward Farraye, Head of Demand Generation. The small team is a mixture of management and non-management department heads combining their talents to ensure that the company moves forward to accomplish established goals and objectives. The organization is still in a developmental stage, which may account for the small executive leadership team. The organizational structure is ample to support the company’s needs at this. It’s suitable for the current phase of development.

12. Airbyte has a single-person board of directors

The Board of Directors for Airbyte is also evolving as the business grows and expands. The first and only member to join the Board is Chetan Puttagunta. He is a general partner at Benchmark. he currently serves on eight boards of directors in advisory roles. Chetan graduated from Stanford University with a BS in electrical engineering. He is also an advisor to MuleSoft, MongoDB, Elastic, Pachyderm, Duffel, Sketch, and Modern Treasury.

13. Airbyte is a venture capital-backed organization

Airbyte has participated in four rounds of venture capital fundraising. Airbyte’s most recent round of Series B funding closed on December 17, 2021. The total amount raised in fundraising efforts for Airbyte is $181.2 million. Airbyte has secured the attention and support of twenty-three investors. Altimeter Capital and Thrive Capital the most recent investors to join in the fundraising efforts. Other investors that joined, are Benchmark, Coatue, Salesforce Ventures, SV Angel, Accel, Y Combinator, Dev Ittycheria, Shay Banon, and others.

14. Airbyte has made one acquisition

Part of the Airbyte strategic plan for growth and expansion involves acquiring complementary companies. Airbyte confirms that it acquired a company called Grouparoo. The company shares the values of Airbyte with a similar vision for the future of data. The two companies interact in meaningful ways that enhance standards for data integration for more effectively powering data movement. they combine their operations by offering different layers in the data stack to push the mission of both companies forward. The acquisition of Grouparoo closed on April 7, 2022. Grouparoo is a Menlo Park company supplying a customer data framework for syncing data from the data warehouse to all third-party tools in an open-source framework. The total funding amount for Grouparoo is $3 million.

Techcrunch confirms that in early April 2022, Airbyte made its new cloud service available to customers. The company is on the move, growing and expanding the platform with a new compensation plan for open source developers involved in writing and maintaining data for the platform’s connectors. It’s preparing to launch a new command-line interface shortly.

16. Deployments of the Airbyte platform are increasing

Michel Tricot confirmed that Airbyte is experiencing a period of unprecedented growth. The growth of deployment in 2021 has grown by six times over. The analytics reports showed that the platform saw 400 deployments a month in the first quarter. By the end of the year, the number of deployments grew to 2,500 per month. As of April 2005, Airbytes offers more than 165 data connectors. Analysts in the company estimate that the number of data connectors will grow to 500 connectors before 2022 ends.

LinkedIn confirms that Airbytes is expanding its workforce. The company currently employs sixty-one staff members in its workforce. It’s listed thirty-eight new job openings. The new job additions will grow the workforce by adding more than fifty percent more workers to its existing headcount. All of the open positions are for jobs in the United States. Jobs for engineering professionals, marketers, technical writers, and technical support specialists have opened at Airbyte. From all appearances, Airbytes is beefing up its staffing infrastructure at the California-based headquarters. It’s getting ready for a surge in growth and expansion.

Blocks and Files confirms that Airbytes went from a brand new startup to a unicorn within less than two years of its launch. It took 17 months of operation and fundraising for Airbytes to join the group of elite companies with a valuation of at least $1 billion. The valuation of Airbytes is estimated at $1.5 billion, making it over the top of requirements for unicorn status. It’s one of the most remarkable examples of how a company can start on a positive note and skyrocket to the top of its potential.

19. Airbyte is a privately held organization

As of April 2022, Airbytes is a privately owned company. Founders Michel Tricot and John Lafleur maintain the controlling interest in the organization. They’ve not yet taken steps to go public. It means that you won’t’ find shares of stock in Airbytes available on any public stock exchanges, at least not yet. Our preliminary research into Airbytes showed no sign that going public is a part of its strategic growth plan. Private investors have seen to the needs of Airbyte, making it unnecessary to go that route at this time.

20. Airbyte is a company to keep your eye on

Airbyte is a new startup that went from zero valuation to unicorn status in only seventeen months. The outlook for continued growth and expansion is positive. It’s secured the support of twenty-three investors and is entering a new development phase with plans to increase its workforce and add to its existing platform tools. Consistently, new connections get added to its pipeline of data connections. Its executives estimate that it will achieve growth over three times its current capacity by the year’s end. Although it’s not publicly traded yet, you never know when that could change. It’s a company that bears watching as it could be a game-changer in the data management and acquisition industries. 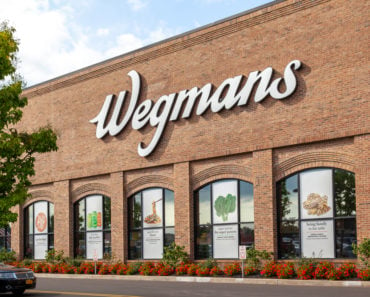 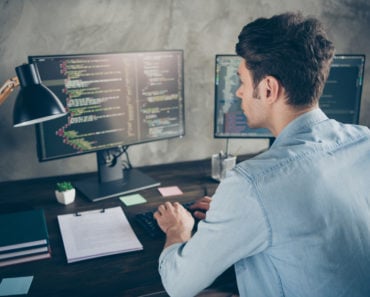 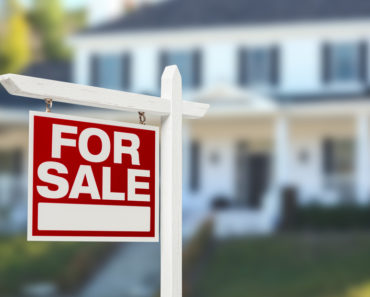 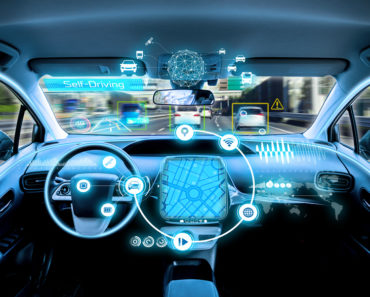 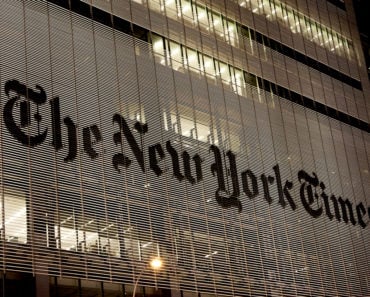 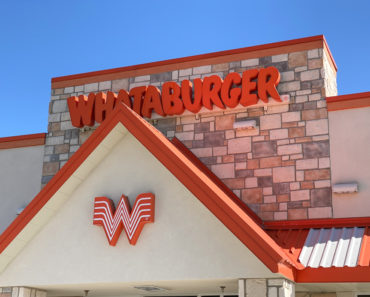