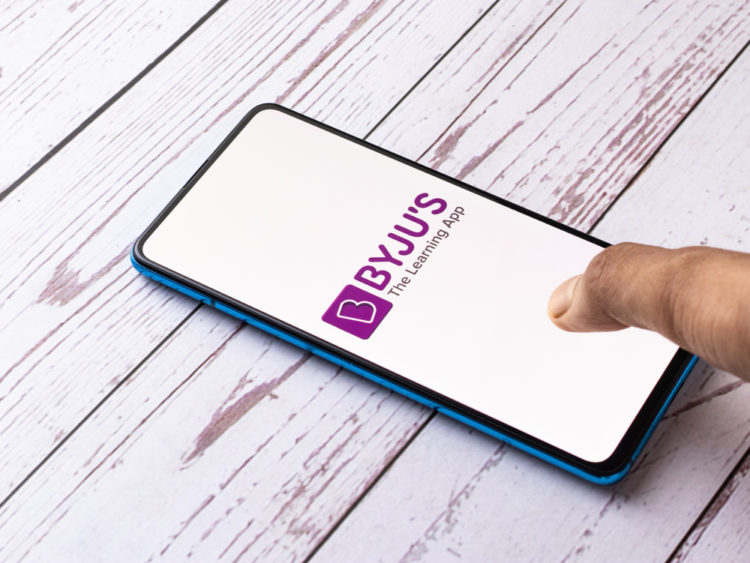 Byju’s is an educational technology company that has achieved a significant position in its niche in the technology industry. The educational giant has grown to be one of the largest of its kind in the world. The history of this startup is fascinating for those who value education and the use of advanced technologies to streamline processes and enhance learning. While researching this organization, we made some fascinating discoveries that are well worth sharing. If you’re not familiar with Byju’s, here are 20 things you probably didn’t know about the enterprise that you may find interesting.

1. Byju’s is an Indian startup

According to Wikipedia, Byju’s was founded in 2011 with its headquarters located in Bangalore, India. It is yet another startup that has quickly grown to become a giant and a leader in its industry. The company has been active for ten years and it has continued to thrive and expand achieving multiple milestones throughout its existence.

Byju’s has achieved such widespread and rapid success in its goals and mission that it has been awarded numerous prestigious recognitions. From 2012 through2017, it received company awards from the Deloitte Technology Fast 500 Asia Pacific in addition to its list of the best companies in the category. It received an Express IT Award in 2017. It also won the 2016 Wharton Reimagine Education Overall Ed Tech Award for the Best Educational App, the VCCircleAwards for Education Company of the Year, the Future of India Awards, the Global Mobile App Summit & Awards in Education, the CNBC RV18 CRISIL Emerging India Award in Education in 2010, in 2017, the CNBC TV18 India Business Leader Awards for Young Turk of the Year, the 2018 Business Standard’s Annual Awards for Corporate Excellence, theAmazon Web Services Mobility Awards Established Education App of the Year, and the 2018 EY Entrepreneur of the Year Award for a Startup.

3. Byju’s is a venture capital-funded enterprise

Byju’s received its first VC funding in the form of a seed round led by Aarin Capital in 2013. This was followed by multiple rounds of funding that had raised almost $785 million by 2019. Many large investors participated in the funding rounds, including Sequoia Capital India, General Atlantic, IFC, Napsters ventures, CPPIB, Lightspeed Venture partners, Sofina, Tencent, the Chan Zuckerberg Initiative, and many more investors.

The Ministry of Corporate Affairs confirmed that Byju’s had satisfied the requirements to achieve unicorn status. The rules are the same throughout all countries in the world with an equivalent valuation of $1 billion or more necessary to join this exclusive group of elite companies.

Some startups achieve such high valuations that they are far above unicorn status. For this special class of companies, a special category was developed. It’s called a decacorn. Just two years after becoming a unicorn, the business had grown exponentially and in June of 2020, Byju’s was declared to be a decacorn company after Marys Meeker invested yet more into the firm through Bond Capital with a valuation of $10.5 billion.

6. Byju’s is a sponsor of sport’s teams in India

Byju’s gained new clientele and surpassed its competitors. In November of 2020, Byju’s replaced the Muthoot Group as the sponsor of the Kerala Blasters, FC. This team is an Indian Super League.

7. Byju’s is funded by BlackRock

BlackRock is the largest asset management firm in the world, with holdings of more than $9 trillion. Byju’s received an investment of $200 million in a round of venture capital funding in November of 2020, from BlackRock and T. Rowe Price. The fresh infusion of funds catapulted its valuation to an astronomical $12 billion. This was followed by a round of Series F funding in March of 2021, adding another $460 million. In April of 2021, another round of fundraising brought in $1 billion from Baron Funds, XN, and B Capital. These fundraising rounds took the valuation of Byju’s yet higher.

8. Byju’s is a versatile enterprise

According to Crunchbase, Byju’s is listed under five different industries because of the scope of the services and products it delivers to its clients. It is considered to be an Education company, as well as Higher Education. It is also an E-Learning business, as well as Ed Tech, and a Software developer and provider. It covers a broad range of different categories with its overarching mission to provide educational services to its customers. Although the legal name of the company is Think and Learn Private Limited, it is commonly referred to as Byju’s.

9. Byju’s serves clients of all ages

Byju’s supplies its clients with one of the most beloved school learning apps in the country of India. The app provides students with engaging, effective, and highly adaptive learning programs for students in grades K through 12. It also helps to prepare students for competitive exams including IAS, NEET, JEE, and others. Its flagship learning app is The Learning App, which launched in 2015, designed for grades 4-12.

10. Byju’s has massed millions of students

The number of registered students using the Byju’s app is more than 100 million as of 2021. This number continues to grow, especially with the rising numbers from the Covid-19 pandemic. The company has also secured 6.5 million paid subscriptions per year. The average student spends about 71 minutes per day on the app. Students from more than 1700 cities are actively using it daily.

The executive leadership team at Byju’s is comprised of 14 members. A core group of 8 persons is listed as key personnel. Divya Gokulnath is a co-founder. Byju Raveendran is a counter and chief executive officer. Ranjit Radhakrishnan is the chief product officer. Cherian Thomas is the vice president of international business. Mrinal Mohit is the chief operating officer. Pramod Sharma is the president of technology and products. Siddhesh Joglekar is the associate vice president of marketing. Sriram Ganesh is in charge of products for early learning. These eight members of the core executive leadership team are joined by six other executives, who are all supported by their management and line staff, as well as their board of directors who provide them with advisement.

12. Byjus has a board of directors comprised of two members

The board of directors for Byju’s is made up of two members. Vivian Wu joined the board of directors as a member in 2015. She is a managing partner, ventures for the Chan Zuckerberg Initiative that is based in San Francisco, California. She currently serves on 9 boards of directors in advisory roles for the companies funded by the Chan Zuckerberg Initiative. GV Ravishankar is a managing director-India for Sequoia Capital. He currently serves on two boards of directors in advisory roles.

Byju’s actively uses a total of 89 technologies to power its website. This is a complicated orchestration of technologies that allows the visitors a smooth and seamless experience. The technologies are distributed across 44 different technology products and services. Some of them include jQuery, Google Analytics, HTML5, Google Font API, Apache, Let’sEncrypt, and dozens of others. The annual overhead cost for using these products and services can easily amount to millions on a large scale.

The monthly download growth rate for Byju’s products has increased by 57.41 percent over the last 30 days. A total of 34,821 new downloads happened. Most downloaded are facilitated through the Itunes Connect App Store and Google Play. The most popular apps that are downloaded include The Learning App, Discovery School Super League, and Aakash App for JEE & NEET.

15. Byju’s maintains uniqueness over its competitors

Byju’s has an edge over competitors in the EdTech arena. This is because it has secured registration of two trademarks in the Scientific and electric apparatus and instruments category. What this means is that rivals in the Edtech industry can not legally use the trademarked properties, nor can they copy or imitate them without express written consent by Byju’s. These trademarks help Byju’s to stand out from all of the other providers.

The volume of web traffic that Byju’s receives is very high. Even though the monthly visits growth rate is showing a decline of 8.55 percent, it is still astronomical. The statistics gathered by the site’s analytics show that over the past 30 days, Byju’s website has received a total of 39,690,902 visits. This has resulted in Byju’s receiving a ranking of number 1,282 out of the millions of websites that are registered on the world wide web.

17. Byju’s is the most popular in India

Byju’s is rapidly expanding its size and its reach. It has acquired fourteen other companies, which now function as subsidiaries of Byju’s. The most recent acquisition was a company called Whodat on August 4, 2021. It acquired Epic on July 21, 2021, for $500 million. Toppr was acquired on July 13, 2021, for an undisclosed amount. Other businesses that now fall under the Byju’s umbrella include Gradeup, Great Learning, acquired for USD 600 million, HashLearn, Scholr, acquired for 180 million crores, Aakash Educational Services bought for $1 billion, LabinApp, WhiteHat Education Technology for USD 300 million, and four others.

19. Byju’s is a major employer in India

Byju’s is a massive company with a large workforce of 23,543 employees. It is evident by the number of job openings that the company is expanding its workforce. We saw that there are 52 job openings currently available. Most of them are for Bangalore, but there are also openings in Thiruvananthapuram, Kerala, India, with remote worker positions open in Australia, South Korea, Delhi, India, Ahmedabad, Gujarat, India, and Mumbai, Maharashtra, India. It looks as though the company is building its infrastructure in the nation of its inception. Aside from two other locations, there are no job openings at this time in other parts of the world. This suggests that the company is maintaining its focus on home soil.

20. Byju’s is preparing for its IPO

According to Techcrunch, Byju’s is looking into the probability of taking the company to the public arena. Bankers who support the institution with fundraising are nudging the leadership to file for an IPO. They further estimate that the initial public offering will bring the valuation of the mega-giant in the education industry to about $50 billion. The CEO of Byju’s made the announcement which signals that there is talk about going public, but that there has not been a date set in stone at this point. This makes Byju’s a company that is worth keeping an eye on for future investment in the public arena.