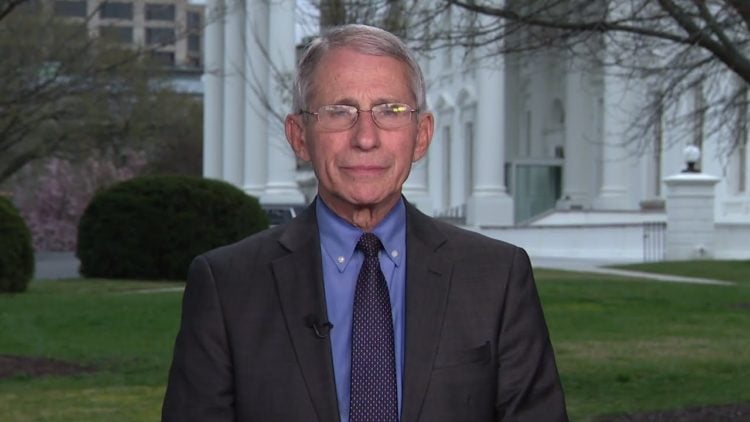 Anthony Fauci is an American physician who serves as the Director of the National Institute of Allergy and Infectious Diseases. In recent times, his status as an important member of the task force formed to combat COVID-19 has put him in the political spotlight. Something that has made it necessary for Fauci to have personal security on a constant basis.

1. His Parents Owned a Pharmacy

It is interesting to note that Fauci’s parents owned a pharmacy. His father was the one who served as the pharmacist for the pharmacy. Meanwhile, both his mother and his sister were responsible for the register. As for Fauci, his role involved bringing the prescriptions to the people who needed them.

Fauci is a Southern Italian occupational surname for someone who either used a sickle or was responsible for making sickles. As such, it should come as no surprise to learn that Fauci has a fair amount of Italian heritage. To be exact, his paternal grandparents came from Sciacca, which is a seaside town that can be found in the Sicilian province of Agrigento. Meanwhile, his maternal grandmother came from Naples in Campania while his matenal grandfather came from Switzerland.

Before Fauci enrolled at the Cornell University Medical College for his MD, it is interesting to note that he studied the classics at the College of the Holy Cross. Generally speaking, the classics are focused on ancient Greek and Roman literature in the original languages, though it is very common for such programs to feature courses on history, philosophy, and archaeology as well for the purpose of providing much-needed context. In the present time, said subject isn’t considered to be very important. However, there was a time when the classics were seen as a cornerstone of the humanities, meaning that a person couldn’t be considered well-educated without it.

4. Has Played a Role in Biodefense

In the 2000s, Fauci was involved in biodefense. For those who are unfamiliar, biodefense refers to measures used to prevent the spread of infectious diseases as well as other biological threats. Much of the time, it is mentioned in the context of either biowar or bioterrorism, though it can see use elsewhere as well. As for why Fauci was involved in biodefense, those who don’t remember the period should know that there was enormous concern over the potential of bioterrorism in the aftermath of 9/11, with the result that there were extensive preparations for such contingencies.

5. Done a Fair Amount of Research

Over the course of his career, Fauci has conducated a fair amount of research, which in turn, means that he has made noticeable contributions to medical treatments. For example, he made scientific observations that have improved our understanding of our immune system. Likewise, he has developed therapies for once-fatal diseases such as polyarteritis nodosa, which is the necrotizing inflammation of blood vessels in a systematic manner. On top of this, Fauci has even played an important role in figuring out the course of progression from a HIV infection to full-blown AIDS when the HIV infection manages to compromise the immune system.

6. Has Turned Down Multiple Offers to Head Up the NIH

One of the most interesting facts about Fauci is that he seems to have found his professional calling. For proof, look no further than the fact that he has been the Director of NIAID since 1984, which is particularly interesting because he has received multiple offers to head up the NIH. The latter stands for the National Institutes of Health, which is the main U.S. governmental agency responsible for both biomedical research and public health research. However, said promotions would presumably be less focused on infectious diseases because of the need to oversee a much wider range of issues, which might explain Fauci’s refusal.

7. Has Said That COVID-19 Is At Least 10 Times More Lethal Than Seasonal Flu

Fauci was one of the experts who voiced concern over COVID-19 before the recent surge in the number of cases in the United States. In particular, he mentioned that COVID-19 was at least 10 times as lethal as the seasonal flu, which has a rate of about 0.1 percent. Currently, the exact lethality of COVID-19 remains unclear, not least because the true number of infected individuals remains unknown. However, there are is already an estimate of 3.4 percent from the WHO based on the number of reported cases.

8. Said That COVID-19 Is Less Lethal But More Infectious Than SARS

9. His Wife Reminds Him to Protect His Health

Perhaps unsurprisingly, Fauci works very long hours, particularly since the United States is in the middle of a pandemic. As such, it is his wife Christine Grady, another medical professional, who reminds him to protect his health by getting him to rest, eat right, and continue to exercise on a regular basis.

The measures to bring COVID-19 under control have become a matter of political contention. Due to this, Fauci has received threats to his personal well-being, which are presumably from right-leaning individuals who have been riled up by more extreme right-leaning voices. In any case, the threats are the reason that he now receives personal security on a constant basis, which includes when he is at his home. As for Fauci himself, he seems to have taken the changes in stride, as shown by him stating that interested journalists should redirect related questions to the Inspector General of the Department of Health and Human Services.