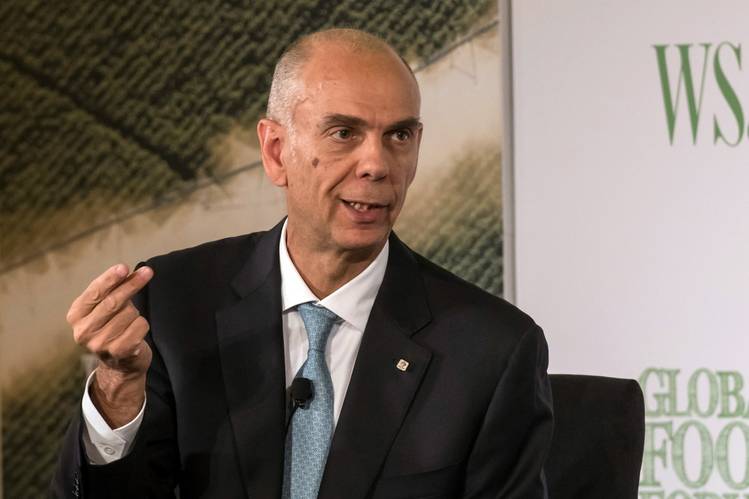 Currently, Juan Luciano is serving as both the CEO and the Chairman of ADM. For those who are unfamiliar with that particular name, ADM stands for Archer Daniels Midland, which is a Chicago-based corporation that specializes in food processing as well as the trading of commodities. On top of this, ADM is involved in providing clients with other services as well, with examples ranging from agricultural storage to agricultural transportation. Here are 10 things that you may or may not have known about Juan Luciano:

Juan is the Spanish version of John. Both names come from a Latin name that is spelled either Ioannes or Iohannes, which in turn, come from a similar-sounding Greek name that was used by Hellenized Jews. Due to this, it should come as no surprise to learn that this Greek name was a transliteration of a Hebrew name that is often rendered as Yohanan, which means something along the lines of “Graced by Yah.”

3. Grew Up in Ramallo, Bueno Aires

Regardless, Luciano grew up in a town called Ramallo, which can be found in the Argentinian province of Buenos Aires. Considering that Ramallo is a river port in a region that is famous for producing agricultural goods, one can’t help but suspect that Luciano’s childhood had an enormous impact on his future choice of career.

4. Comes From a Farming Background

In fact, it should be mentioned that Luciano has a farming background. After all, his family owns a farm in the region of his childhood, which is still held by his mother in the present time. Furthermore, his grandfather was responsible for running a grain elevator, which is a kind of structure used to store grain in an efficient manner.

5. Studied At the Buenos Aires Institute of Technology

Education-wise, Luciano received both a Bachelor’s degree and a Master’s degree from the Buenos Aires Institute of Technology, which can be found in the city of Buenos Aires. Said school isn’t particularly large, but it has an excellent reputation for being one of the best engineering schools in the whole of Latin America.

With that said, Luciano hadn’t become a part of ADM until 2011. Prior to that, he had been at Dow Chemical, which produces plastics, agrochemicals, as well as a wide range of other chemical products. In total, Luciano spent 25 years at Dow Chemical, where he had risen to the position of president of one of its divisions.

Before becoming the head of ADM, Luciano spearheaded the corporation’s diversification efforts. In part, this consisted of expanding its selection of products. However, Luciano was also responsible for leading its expansion outside of the United States, which had a focus on developing countries such as Brazil and China.

8. His Promotion Was Expected

Some CEOs reach their positions while accompanied by much upheaval. In contrast, others reach their positions in a much less eventful manner. Luciano is an excellent example of the latter kind of CEO, seeing as how his succession to the previous ADM CEO Patricia Woertz in 2015 was very much expected by the shareholders and other stakeholders. After all, he had been second-in-command for some time by that point.

In an interview, Luciano has stated some of the challenges that must be confronted by ADM in the present time. One excellent example is the rise of the millennials as a segment of the consumer market, who were described as people who preferred healthier food, preferred smaller brands, and tended to see food as more of an experience. With that said, while ADM under Luciano’s leadership is moving to cater to said consumers, it is still interested in targeting older consumers as well.

10. Involved with the Boys and Girls Clubs of America

On a final note, Luciano is involved with the Boys and Girls Clubs of America, which specializes in providing after-school program for children in the United States. For example, he is a member of its national Board of Trustees, which is responsible for overseeing its management on the national level. Furthermore, Luciano donates his time, his money, and other resources to the organization.