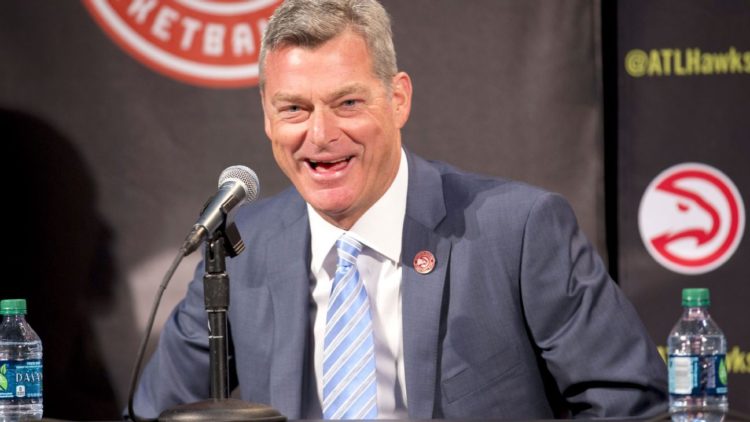 For many people, Tony Ressler is best known as the owner of the Atlanta hawks. He actually co-owns the team with his partner Grant hill. The Two bought the team in 2015 for hundreds of millions of dollars, but there is much more to know about his history and successful career as a businessman. Here are ten things that you probably didn’t know about Tony Ressler.

1. He’s the co-founder of Apollo Management

Antony Ressler, also known as Tony, joined forces with his brother in law Leon Black to form the Apollo Management private equity firm in 1990. The company grew in size and made both of the men billionaires. In case you’re wondering where he found the money to buy the Atlanta Hawks, it was from his very lucrative business, according to Forbes. Both men came from a Wall Street background prior to forming their own company.

2. He has an ivy league education

Tony Ressler is one of the most generous billionaires on the face of the earth. he is a trustee of the Ressler/Gertz Foundation which he established with his wife, Jamie Gertz. The couple values education as well as social and human services, community development, health, arts and culture and environmental causes and they donated more than $5 million in 2015 alone. The foundation is valued at more than $59 million and distributions are made to a variety of charities and research programs including medical research facilities, hospitals, universities, and other non-profit organizations.

Antony Ressler has a strong belief in the value of an education and its power to transform lives. he founded the Alliance in 2004 as a program that would provide assistance to schools which are located in poor communities and those with a history of under-performing in the Los Angeles unified School District. Since implementing the program four of the schools have flourished and climbed up in their rankings to become distinguished schools within the districts and the percentage of graduates from the Alliance program who have continued with their college educations is an impressive 90 percent.

Just seven years after co-founding the Apollo Management company with Leon Black, Tony co-founded the Ares Management firm. This company is an private equity and investment business which has become a giant within the industry. Mr. Ressler served as the CEO of the company from 1997 for two decades before stepping down from the helm and becoming the company’s executive chairman.

6. He’s married to a Hollywood actress

Anthony Ressler married Jami Gertz, a Hollywood actress in 1987. Together, they’ve build a wonderful life and raised a family with three children. Their boys are Theo, Nicholas and Oliver. The Ressler’s are known for their kindness and generous giving to worthy causes.

7. Ressler gives of his personal time to help others

Tony has a heart for others and he is very interested in making sure that he shares his wisdom with a variety of different professional and corporate boards of directors. he currently serves on the Los Angeles County museum of Art board as the co-chair, the Cedars-Sinai Medical Center board of directors, and he’s on the Georgetown University board of Trustees. He also serves on other boards for non-profit charity organizations.

8. He has a lot of personal interests

If you’re wondering what a billionaire like Tony Ressler’s hobbies or interests are, we learned that he’s interested in art and serves on a museum board of directors. He also shows a definite interest in aviation and is the owner of a private jet registered with the Ares Management company. It’s an Embraer Legacy 600. There are also other private aircraft in the company’s fleet.

9. He has an amazingly high net worth

Antony Ressler has a huge net worth of an estimated $2 billion. He’s considered to be a self made billionaire who began by completing his education, then working on wall street to gain a good working knowledge of how the business world and finances work. He co-founded two very successful companies plus he made wise investments on top of that. He’s a very rich man, but nothing was given to him. He carved a niche for himself in the business world and earned a fortune doing so.

10. Tony Ressler is a fascinating person

When we look back over the things that we learned about Tony Ressler, we realize that he’s much more than a rich guy that bought an NBA team. He’s a real person who put in his time in the trenches and worked hard to get ahead in life. He completed his education, got a job then decided to become his own boss and partnered with business men who were like minded, and the ventures paid off. He’s a family man and a very generous person on top of that. He and his wife have given freely to a variety of charities and what we see in review of his amazing accomplishments in business, and his significant contributions to the betterment of the less fortunate, is a very well rounded human being. The next time that you’re watching the Atlanta Hawks play ball, perhaps you’ll think about Tony Ressler and the good example that he sets for us all.