Home
Net Worth
How Mark Cuban Achieved a Net Worth of $3.7 Billion
Prev Article Next Article 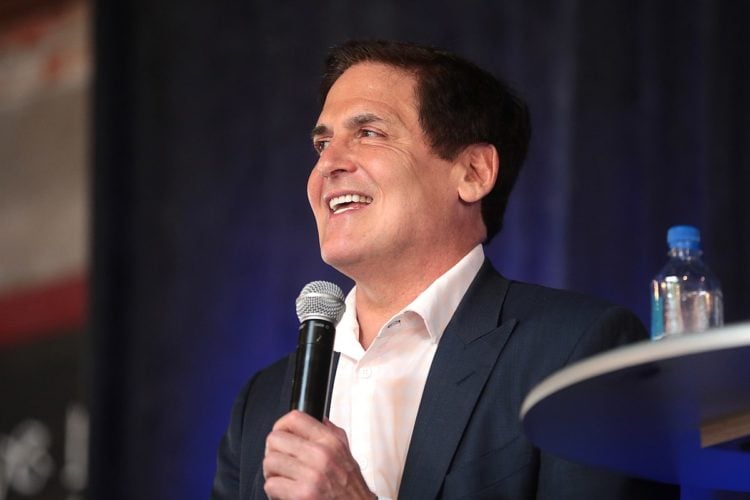 Mark Cuban is a businessman and investor who was born in Pittsburgh, Pennsylvania, on July 31, 1968. He is known for his appearances on ‘Shark Tank’, in which he is one of the main investors. He is also the owner of the NBA’s Dallas Mavericks, the chairman of AXS TV, and the co-owner of 2929 Entertainment. It is now estimated that this businessman and investor has a personal net worth of $3.7 billion. So, how did Mark Cuban get so rich and successful?

Cuban showed an entrepreneurial streak from a very young age as he was selling garbage bags at just 12 to fund a pair of expensive basketball shoes he wanted. When he was 16, he ran newspapers from Cleveland to Pittsburgh during the Pittsburgh Post-Gazette strike. He started university early as he attended the University of Pittsburgh rather than completing his final year at high school. While he was a student there, he was involved in a range of business ventures. These included a chain letter, a bar, and disco lessons.

In 1998, Mark Cuban started to fund a business called Audionet, which then became Broadcast.com. This company expanded quickly and became very successful. It was acquired by Yahoo! for $5.7 billion of Yahoo! stock in 1999. To avoid exposure to a market crash after the sale of this business, Cuban began to diversify his wealth. He was credited with the largest single e-commerce transaction by the Guinness Book of Records in 1999 when he bought a Gulfstream V for $40 million.

The businessman then became heavily involved in the entertainment industry, predominantly through the company 2929 Entertainment. This company purchased a chain of 58 arthouse movie theaters called Landmark Theatres in 2003. 2929 Entertainment also relaunched the television series ‘Star Search’ and released the Steven Soderbergh movie ‘Bubble’. In 2009, Mark Cuban collaborated with ABC to produce the series ‘The Benefactor’. Cuban was the judge of the contestants’ performances in the series’ challenges.

Mark Cuban has been one of the main investors on ABC’s Shark Tank since 2011. During that time, he has invested in 85 companies, from which he will draw a percentage stake of any profits these businesses make. In total, he has invested $19.9 million in businesses that have bid for investment on ‘Shark Tank’‘. His top three investments are Rugged Maniac Obstacle Race, BeatBox Beverages, and Ten Thirty One Productions.

A further source of income for Cuban is Magnolia Pictures, which is a film distribution company he owns. This is a company he has been interested in selling since 2011, along with Landmark Theatres. However, he will not sell them unless he is happy with the price.

Amongst Cuban’s other interests are a variety of sporting businesses. His main focus is the Dallas Mavericks, which is an NBA team that he has owned since 2000 when he purchased the team for $285 million from H. Ross Perot, Jr. He has since expressed an interest in buying several other sporting teams, including NHL’s Pittsburgh Penguins. However, he was unsuccessful in buying this team. Similarly, he has submitted bids to buy several MLB teams in the past, such as the Texas Rangers, the Los Angeles Dodgers, and the Pittsburgh Pirates. Unfortunately, he has been eliminated from the bidding process on each of the occasions he has tried to buy these teams.

Although Cuban has enjoyed great professional and financial success, he also enjoys a successful personal life. He has been married to Tiffany Stewart since 2002 when they took their vows at a private ceremony in Barbados. The couple has two daughters, born in 2003 and 2006, and a son who was born in 2010. The family now live in the Preston Hollow area of Dallas, Texas, in a stunning 24,000 square-foot mansion.