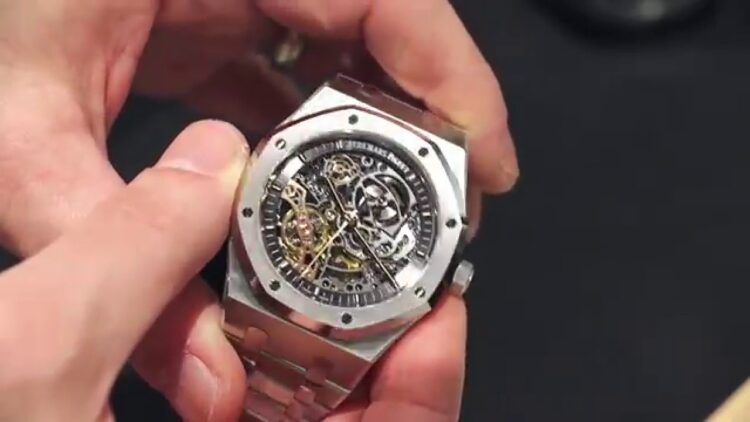 Audemars Piguet launched the Audemars Piguet Royal Oak RD#3 Watch to mark fifty years since the company launched their Royal Oak watch. The company included the “50-years” logo on the oscillating weight to emphasize how long they had been making this watch. The company is known for making jumbo watches, so it is fitting that they would introduce another jumbo watch. However, their latest model is different from past jumbo watches since they now have a self-winding flying tourbillon. So, what are the features of this watch that make it a must-have? Here are five characteristics of the watch below.

There is something about metal straps that make watches attractive. Mainstream artists know this, and that is why they will hardly showcase watches with a rubber strap in their videos. The strap of this watch is made from stainless steel. Stainless steel makes the strap shine bright. Furthermore, it is not prone to rust. Not only would rust destroy the strap, but it would stain the strap hence making it unappealing. The strap can be adjusted with an AP folding clasp. Although the folding clasp is for opening and closing your watch, it also gives your watch an aesthetic touch due to its unique design.

It is an automatic watch since it winds itself with the help of a flying tourbillon. The tourbillon endlessly rotates the balance wheel, balance spring, and escapement. Its continual movement helps to solve a common problem with mechanical watches. For instance, the mechanical watches tend to be inaccurate due to the interference of gravity. Typically, gravity interferes with the movement of the balance wheel and spring, causing the watch to lose time. With a flying tourbillon, the watch stays accurate since its internal parts are gravity-resistant. Being automatic, you do not need to worry about the watch stopping. Its movement system generates some power that keeps the watch running. The watch winds itself when it detects your movement. So, you do not need to wind it traditionally by adjusting the crown. Also, the watch will not use all the power to function since the watch stores excess power. As a result, the watch has a high power reserve of three days. That means you do not need to wear this watch constantly to prevent it from stopping. As long as the three days do not elapse, you can leave it unattended. Even if it does stop after three days, you can wind it by adjusting its crown, and it will continue running.

You may have bought a watch that later developed scratches on them. Another worst-case scenario is when the case is so shattered that you cannot read time from it. The manufacturers lace the case with sapphire to avoid such an unfortunate outcome. Sapphire is the second hardest mineral after diamond. Due to its hardness, it is impossible for an object to scratch or shatter it. Another reason Audemars Piguet uses sapphire for this watch’s case is its transparency. Sapphire has a silky-looking white appearance. White makes it transparent since it is highly reflective. The color contains all the wavelengths of the visible spectrum; hence, it can reflect objects with varying wavelengths. Due to its transparency, you will be able to view time on your watch.

In this watch’s movement system, many metallic components rub against each other. As a result, friction is generated. When they continually rub against each other, friction will cause them to wear and tear. In the end, the bearings and pivots will be severely damaged. To prevent damage to the parts due to friction, its internal parts contain 33 jewels. To reduce metal-on-metal wear, the watch contains jewels that are harder than the metallic components responsible for its movement. Once again, the jewel used in this watch is sapphire due to its hardness. Sapphire cannot wear out no matter how much metal rubs against it. Even though sapphire is an effective mineral by itself, the number of sapphire jewels matters. Since this watch has a complicated movement system with many metallic components, having many jewels is what keeps it running. Some less complicated watches use 21 jewels or less. If the manufacturers included less than 33 jewels in the watch, then it would malfunction.

At some point, you may have walked into a dark room with your watch. Later on, you realized that you needed to view the time. However, that meant you would have to keep switching the lights on or going to a bright room. Fortunately, you can read time in the dark with this watch due to its luminescence. To read time in the dark, the manufacturers apply a luminous phosphorescent glowing solution on the watch dials. In the past, watchmakers would use radium for the glowing effect. Unfortunately, radium is radioactive. If you were to shatter the watch accidentally, some of it might be released into the atmosphere. Radium is toxic, and it can cause some side effects. Luckily, this brand does not use any radium. Besides helping you read time in the dark, its luminescence makes the watch visually appealing in the dark. That also explains why people go to dark nightclubs and dance with strobe lights. There are two luminescence colors in the watch: whitish-green and blue. So in a sense, the watch resembles the strobe lights in a nightclub.

What do you like about this watch? This watch has several useful features, so it is quite difficult to identify a feature you like. However, some people know what they desire in a watch. Some people care for durability, aesthetics, or convenience. Fortunately, this watch meets each of those needs. Some watches can be worn only for official meetings, while others for only casual settings. However, this watch has something unique that makes it suitable for casual and official settings. The watch is casual due to its luminescence, while the metallic body which houses the dial gives it a formal touch. So, if you are unsure of how to distinguish between formal and casual watches, then why not purchase this brand? 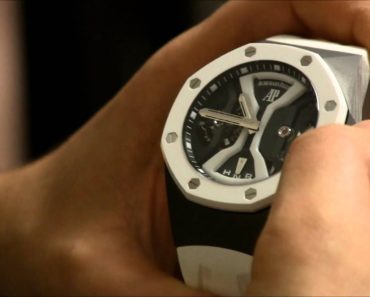