One of the biggest news from Grand Seiko in late 2020 was the introduction of the Grand Seiko White Birch watch, the first of its version with a Hi-Beat Automatic movement under the reference SLGH005. This timepiece boasts of having a newly designed case, mechanically impressive movement, well-silvered and textured dial that resembles the serene mood of the white birch tree forest. The watch also comes with prominent markers and large Zaratsu-polished hands. Since its early launch in early 2021, the Grand Seiko SLG005 watch was an immense success, all thanks to its 44GS-style steel case, the eye-catching heat-blued second hand, among other highly ergonomic proportions. A few weeks ago, Grand Seiko launched a “ “similar” model timepiece under the name White Birch SLGA009, which has the same impressive movement as the Grand Seiko White Birch model. In this post, we will take a closer look at the Grand Seiko SLGH005 “White Birch” watch.

First launched in 2020, the SLGH005 Shirakaba timepiece captures the dynamic mood of the white birch tree forests near the Shizukuishi Grand Seiko studio, where all high-end mechanical Grand Seiko timepieces are manufactured. The overall appearance of this watch is referred to as the Evolution 9 Style, which has proven to be the main part of the Grand Seiko’s signature in its future models. Its handsomely white-coated dial provides you with the same feeling as that of visiting the white birch tree forests. The SLGH005 watch’s case has a low center of gravity and wide lugs that ensure the watch wears quickly and securely on your wrist. If you take a closer look at the watch, you will be able to notice the revolutionary Caliber 9SA5, which was developed within nine years and the movement designed by Hisashi Fujienda. The caliber 9SA5 is a 10-beat movement that offers a power reserve of 80 hours and an accuracy rate of +5/-3 seconds a day. The 9SA5 caliber also includes three vital developments: Grand Seiko’s horizontal gear train, the new Dual Impulse Escapement, and a free-spring balance. Additionally, the Grand Seiko SLGH005 watch comes with prominent markers, a distortion-free mirror finish, powerful hands, and a subtle hairline finish on the stainless steel case to provide a pleasant glow.

The new Grand Seiko White Birch SLGH005 watch comes with a brand new-textured dial. The dial can be described as delicate and subtle, unlike the uneven, rough texture of the SLGA009 model. The dial is designed to represent the Snowflake, which is one of the more literal representations of natural scenery by Grand Seiko. This new dial texture adds a nice touch of refinement and elegance to the overall appearance of the watch. Unlike the less iridescent and more matte dial of the SLGA009, the Grand Seiko SLGH005 dial has a more metallic and silvered feel. The manufacturing brand decided to include a white dial into the SLGH005 model to represent the mood in the white birch tree forests.

One notable feature of the Grand Seiko SLGH005 model is the signature “Zaratsu” 44GS polished case that features alternating polished and brushed edges and provides premium quality to the watch. The 44GS case is also used in other high-end timepieces, including; the Girard Perregaux Laureato, the Royal Oak, the Vacheron Overseas, and many others. The main reason why 44GS cases are used is because they can be used together with drilled lugs, making them easy to wear on the wrist and change the bracelet with a strap and vice versa. The mechanism behind the 44GS case helps add a significant added value to the watch and is the most-preferred case choice to many watchmakers. Unlike in the Grand Seiko SLGA009 model, the SLGH005 watch with various amazing adjustments in its existing case. For instance, the diameter of the case measure 40mm and wears quite well on most wrists, and the lug-to-lug distance is adjusted to 47mm. The rest of the case, including its basics and overall design, are still identical, with the same effective anti-reflective coating on top, a dual-curved sapphire crystal, a screw-down crown, a screwed Caseback with a translucent crystal, and water resistance of up to 100m.

The Grand Seiko SLGH005 watch comes with a 9RA2 caliber, which helps improve the watch’s overall performance, functionality, size, and appearance. The SLGH005 movement features a faster date accuracy and even better mechanism, i.e., (±0.5 seconds per day or ±10 seconds per month). The 9RA2 caliber incorporates a five-day power reserve and enhances shock resistance and rigidity thanks to the new gear train design. The 9RA2 caliber is a 10-beat movement that includes Grand Seiko’s three essential developments: a free-spring balance, a horizontal gear train, and the new Dual Impulsive Escapement. According to Exquisitetimepieces, the 9RA2 caliber has set a whole new foundation upon which a whole new generation of Grand Seiko will be manufactured. The beauty of the SLGH005 movement is finished with frosted bridges/ plates that blend perfectly with the diamond-cut edges and blued screw.

For $6000, you will get the first regular Grand Seiko production model with the new 9RA2 caliber, with which you enjoy a significantly longer power reserve, a more detailed finishing, a rationalized movement design, and a flatter construction. According to Monochrome-watches, the Grand Seiko White Birch SLGH005 was launched in the permanent Hi-Beat collection. It will be available for sale in early February 2022 at a retail price of 9,500USD.

Despite its high price, the Grand Seiko SLGH005 watch is undoubtedly worth to be placed in your watch collection. It comes with various exciting features, including; an 80-hour power reserve, a 100m water resistance, an eye-catching dial, among many others. 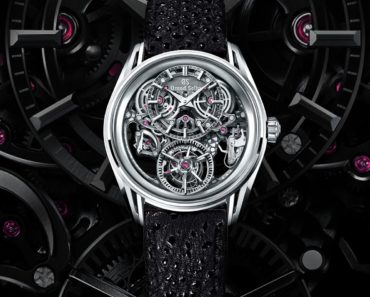 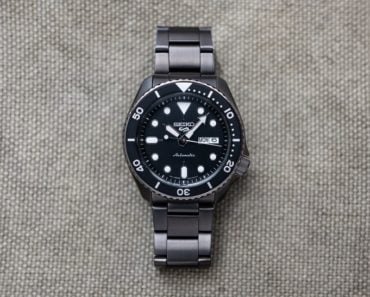 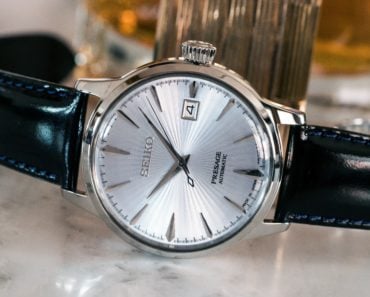 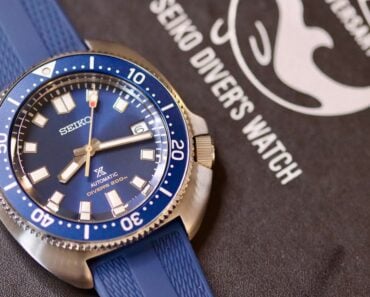 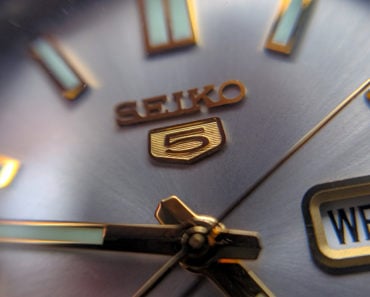 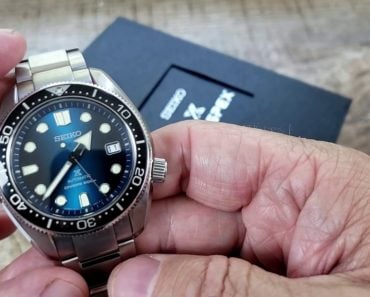