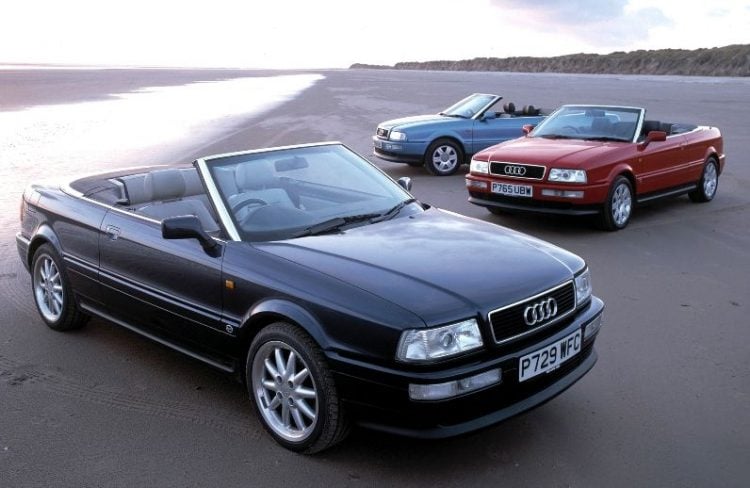 The 90s were a revolutionary decade for Audi. This period saw the internationally renowned marque incorporate cutting edge technology into its production cars, particularly the famous TT. Unbeknown to most people, Audi was also the world’s first car manufacturer to introduce a hybrid for sale. While there are several cars in the brand’s lineup during this time, these are our picks for the top ten Audi models of the 1990s. 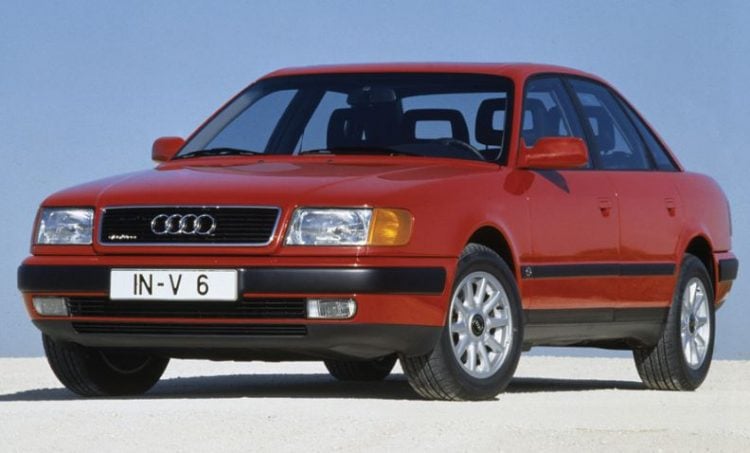 Introduced in 1991 as the final (fourth) generation model of the Audi 100, the C4 came with a heavy facelift that differentiated it from its predecessor. The idea was to produce that car that would be stylish enough to elevate Audi into the upmarket. Noteworthy features included a V8-like prominent grille and a range of 4-and-5 cylinder engines, which were later replaced by the newer 2.8-liter 90 degree V6 engine. Like before, there was a 5-door Avant model version, which came with the Quattro drivetrain. 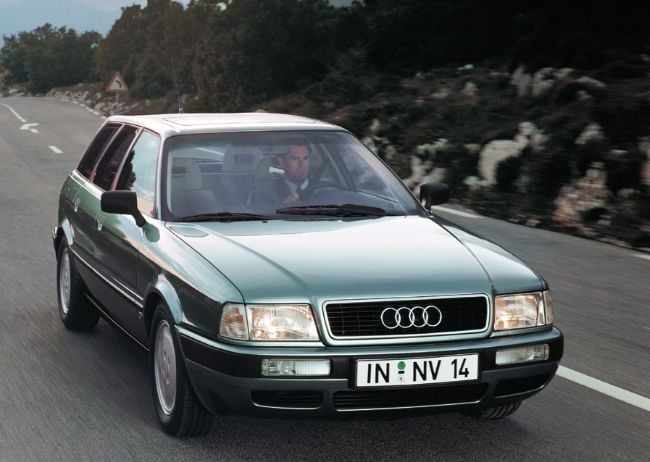 Although slightly resembling its predecessor – the aerodynamic B3 – the Audi B4 came with a whole different set of features below the skin. Ideally, this car was introduced to fix all the faults associated with the previous models in its line. As a result, it was equipped with better suspension, thanks to a whole new configuration at the back, more legroom on the inside, and a significantly enhanced boot opening. The car also benefited from nice folding rear seats and a conveniently flat floor. 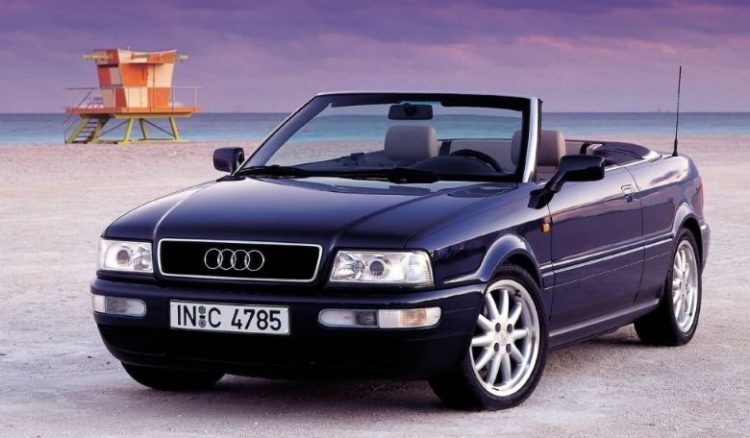 When it was launched in 1991, the Audi Cabriolet breathed new life into the company’s range. It boosted the efforts of the new Avant and the 80 saloon in challenging BMW’s dominance in the compact executive sector. As it turned out, the car became an extremely successful high-end 4 seater convertible, along the likes of the BMW 3-Series and Saab 900. The screen was strengthened to eliminate the need for a roll-bar.

Interestingly, this was the first time Audi was producing a soft top since 1959, when they launched the Auto Union 1000SP. Initially, it came with a 2.8-liter 90-degree V6 engine, but some models with a 2.6-liter were introduced later. The engineering was mainly focused on retaining the coupe’s structural rigidity, and even Princess Diana of Wales owned one. 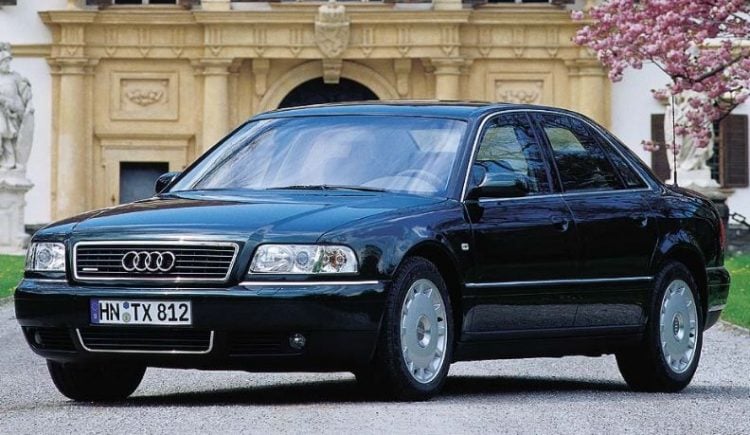 After spending more than a decade developing the Audi Space Frame aluminum construction, the company was finally able to incorporate it into its lineup. The 1994 Audi A8 became the first car to feature this new innovation. Audi’s decision to adopt aluminum over steel was prompted by the need to implement more stringent crash-protection measures. This was coupled by the fact that more car manufacturers were making heavier vehicles in a bid to improve performance.

The space frame came with a lighter shell (specifically 140kg less than steel), and helped propel Audi into the luxury car category. Progressively, engines moved from the 3.7 & 2.8 V6 and 4.2 V6, V8, and V8 TDI to the amazing 6.0 W-12 petrol. The A8 is actually the most luxurious Audi model to date, with some models featuring noise-reducing, heat reflective windows, an LED driver information readout, and dual zone climate control. 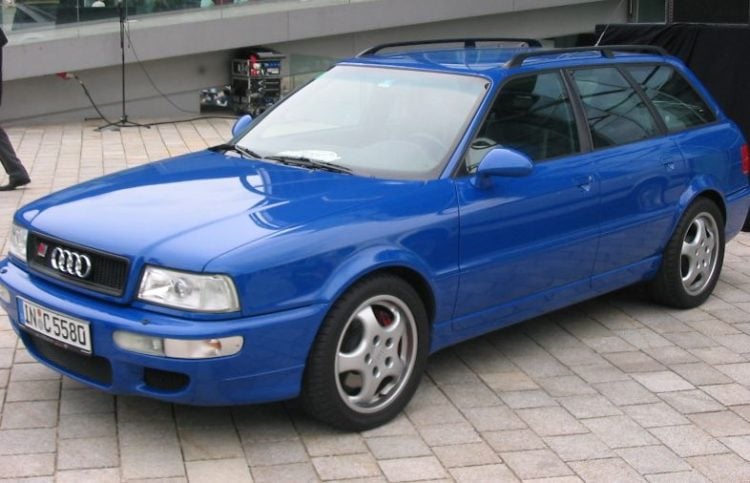 From the first day it was introduced, the 1993 Audi Avant was heavily admired by collectors. Available only in the 5-door Avant version, the car used a Porsche-modified 2.2-liter 20v turbocharged “five” engine. The car also boasted Porsche-branded brakes, upgraded suspension, and Quattro 4-wheel drive. It could achieve a maximum speed of 163 mph with an acceleration of zero to 62 mph in 4.8 seconds, courtesy of its excellent traction. In fact, the Audi RS 2 Avant could sprint from zero to 30mph faster than a McLaren F1 and was the first Audi to come with the RS badge. 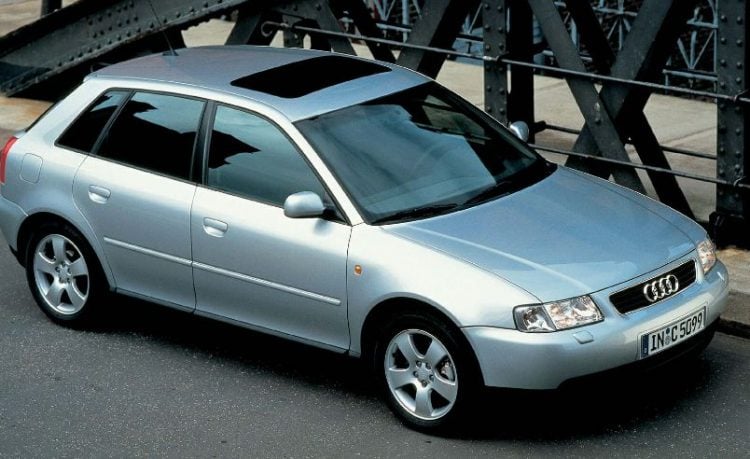 When Audi announced the Audi A3 for the 1996 model year, it caught enthusiasts by surprise due to its relatively low price. This was achieved primarily by incorporating a smaller package in a superior skin. Initially, the A3 was offered as a 3-door version to emphasize its sporty personality and was the first car in its class to come with a 5-valves-per-cylinder engine. The 1.8-liter capacity engine could generate 150 bhp with a turbocharger, and 1250 bhp without it. Its body was completely galvanized, giving it a remarkable drag coefficient of 0.31cd. The 1998 models were given a 1.8 turbo Quattro, with a Haldex clutch transmitting drive to the rear axle. 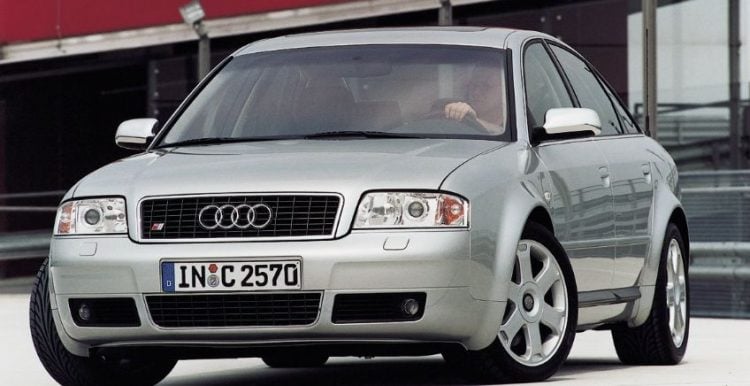 After several months of speculation, the 295bhp Audi A6 was finally launched on February 1999. The car came with a longer bonnet than its counterparts to accommodate a gigantic V8 engine. It was both fast and spacious enough to house an entire family, not to mention its relatively soft suspension and wide range of luxury fitments. This powerful combination made the car one of the finest long-distance vehicle during its time.

The Audi TT was first introduced in 1995 at the Frankfurt Auto Show as a concept. The production model took three years to finalize, but it differed slightly from the concept in its rear section and bumper design (a tiny window was incorporated behind the doors). The first models were the coupe version that was powered by a 1.8-liter turbocharged engine, which could produce 225 or 180 PS. After five years, the TT was equipped with a naturally aspirated 3.2-liter V6 engine that could deliver 250 PS. The V6 came with all-wheel drive while the diesel versions were equipped with front-wheel drive. 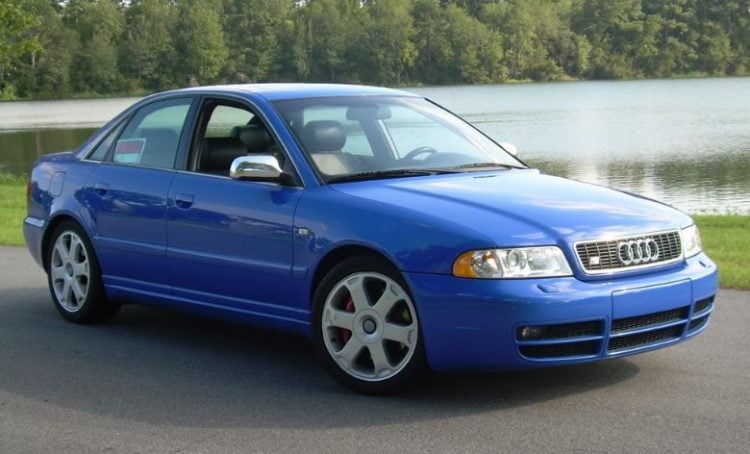 The S4 was first introduced in 1992 as a performance version of the cool Audi 100. However, due to a diversion in the naming system, a sporting version of the 1997 Audi A4 was given the S4 badge. The S4 Quattro used a 265bhp 30 valve bi-turbo V6 engine that could accelerate from zero to 62mph in 5.6 seconds. The car could also manage a maximum speed of 155mph, and offered a 5-speed tiptronic or 6-speed manual transmission. 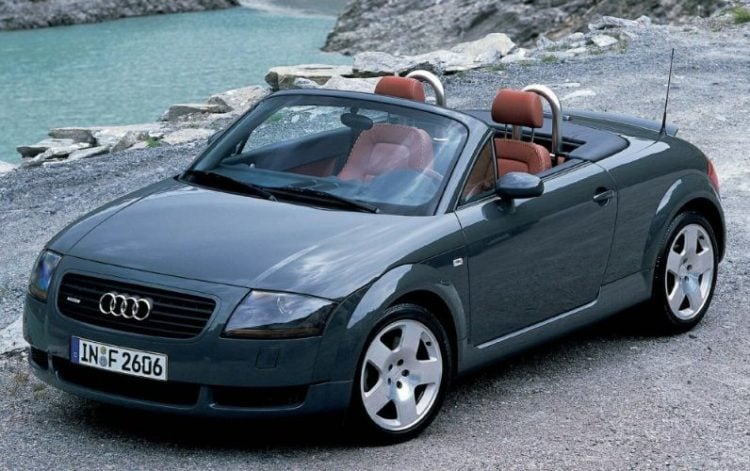 The Audi TT has grown to become an icon in modern motoring, thanks to its classic design that gave the German car manufacturer overnight success. It combined visual flourish with the option of original leather trim with baseball gloves-inspired stitching, which added to its appeal. There were 225 and 180 PS versions, then the Coupe, and finally a 160PS model. 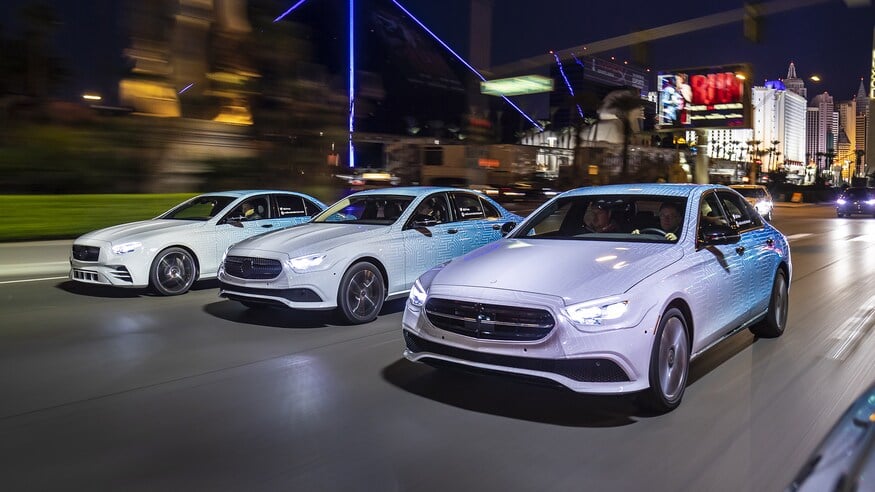 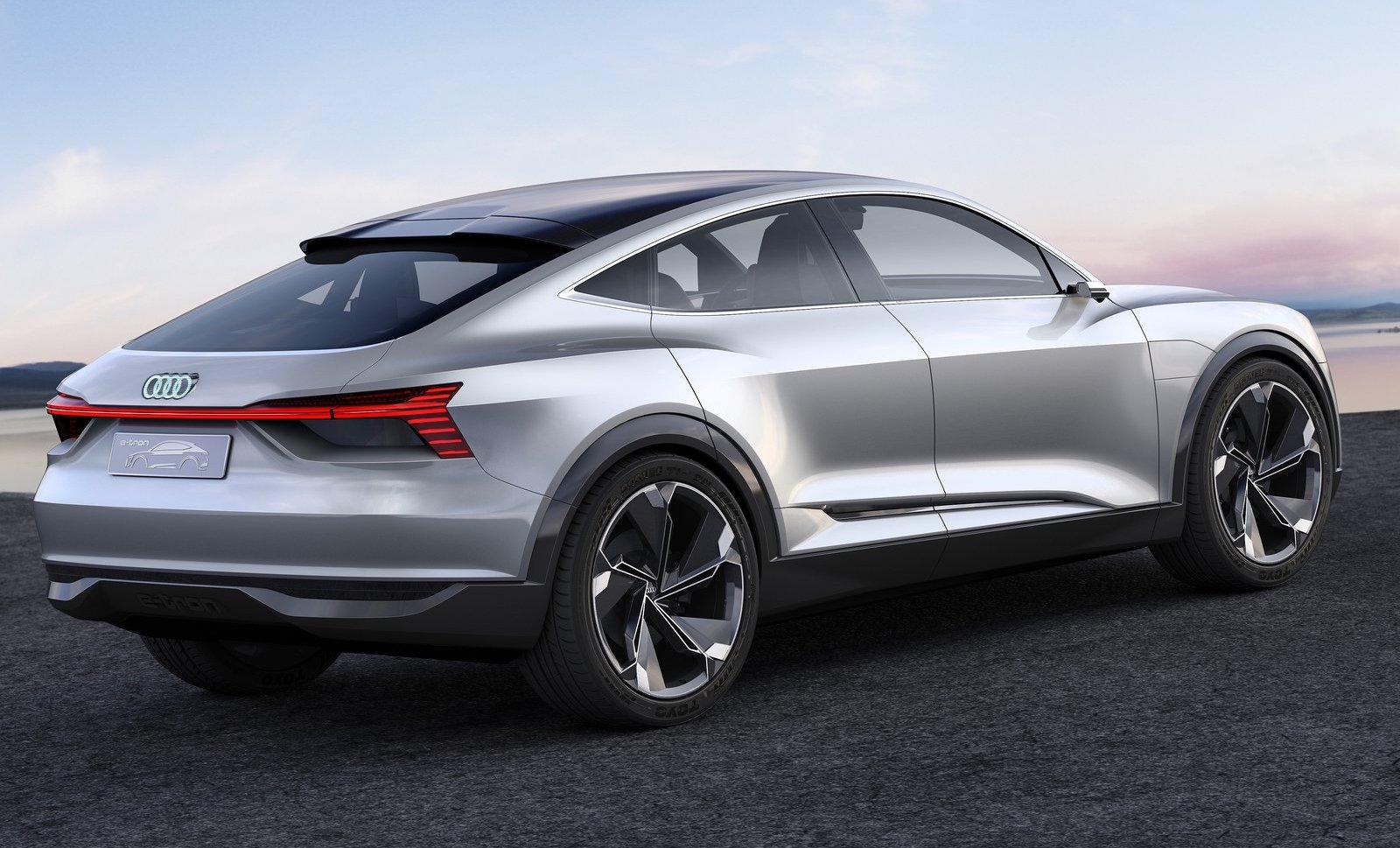 The Audi Q5 is a luxury compact SUV that is easy… 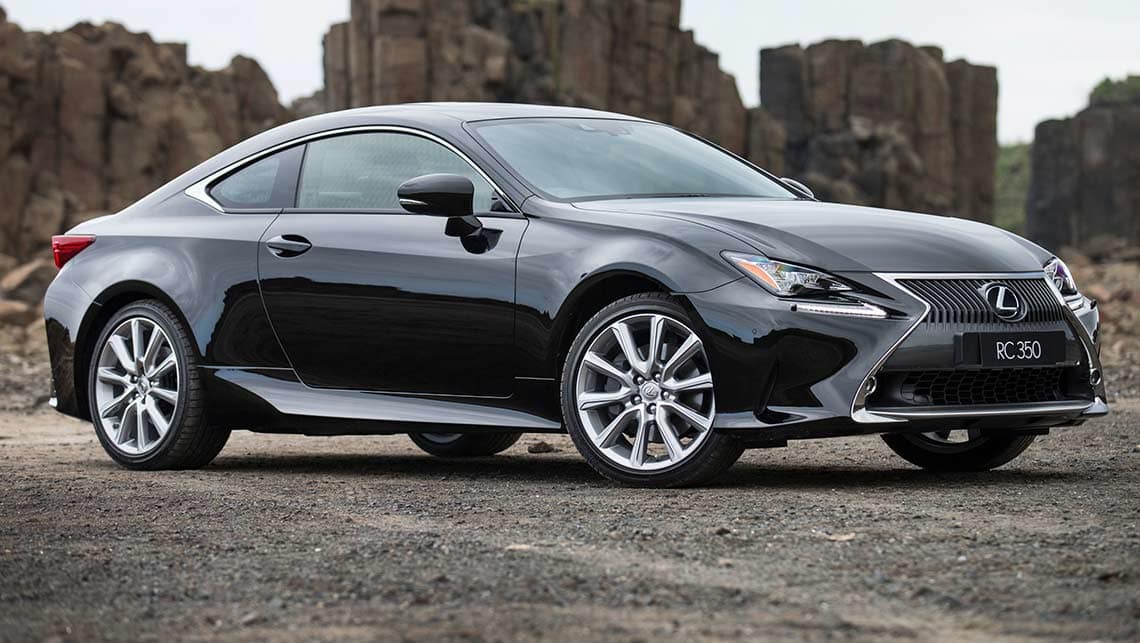 In case you’re wondering, the LC in the Lexus RC is…

Jaguar is a name that stands on solid ground when it… 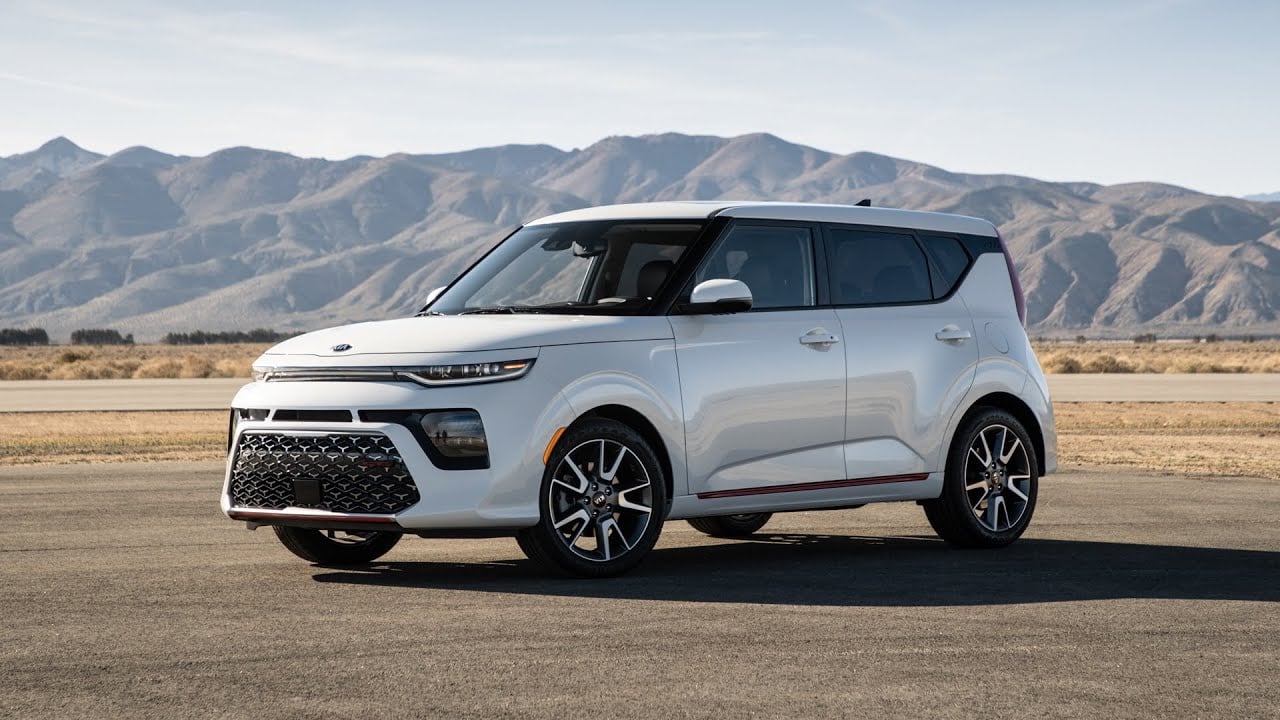 Describing the Kia Soul is rather challenging. It drives like a… 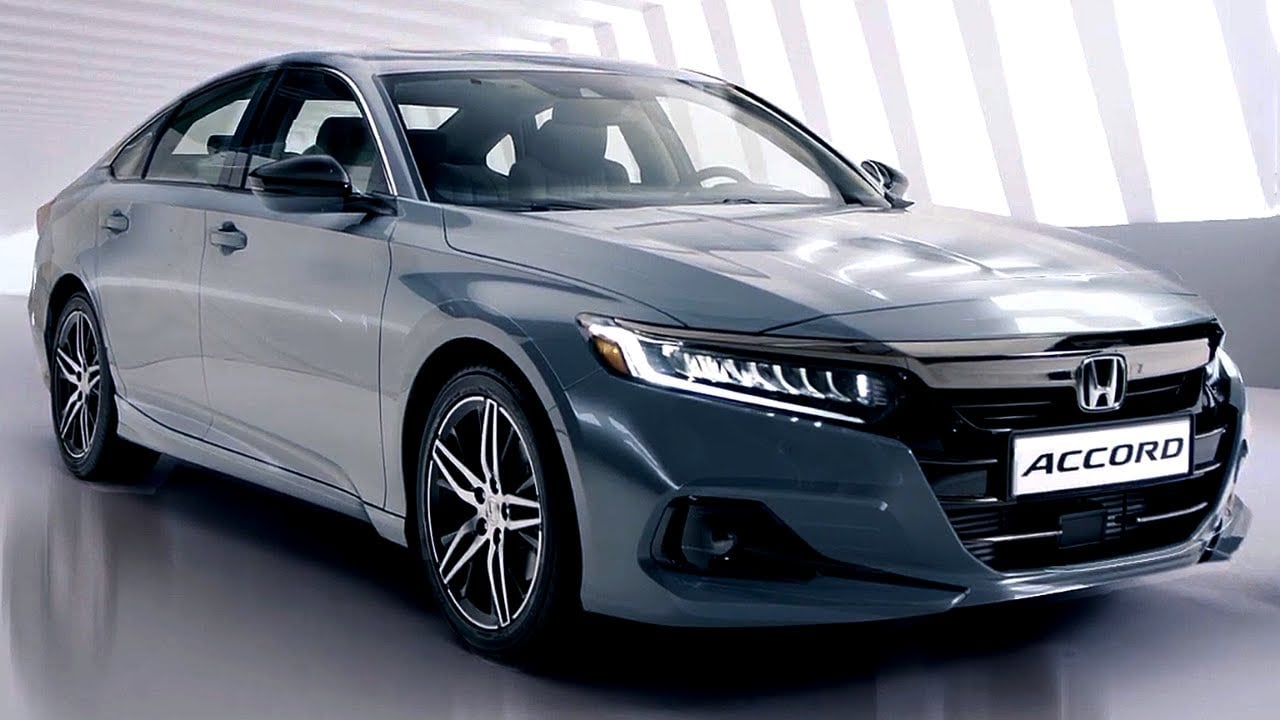