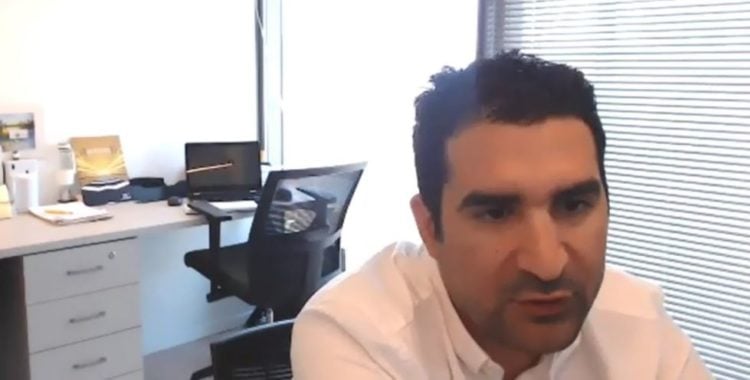 Avi Cohen is the co-founder and CEO of The Floor, a Fintech company based in Israel. This was one of the first companies of this type to be situated in the Middle East. Here are ten things about him that you may not know.

1. He Founded The Floor Alongside His Brother And Another Friend

The Floor was founded by Avi and his brother Moises, along with their friend Gil Devora. All parties have had previous experience in the Fintech and entrepreneurial side of business. They all still have important roles within the company. Avi is CEO and his brother acts as Chief Banking Officer. Gil Devora is currently the Chief Business Officer. All three men still work very well together as a team, and their relationship has had a significant role to play in the success of the business.

2. He Wants Israel To Become A Center For Fintech

According to Finextra, the goal when The Floor was founded was to help Israel to become an international capital for Fintech. The company wants to achieve this by giving entrepreneurs the opportunity to nurture and grow their Fintech start ups. Collaboration is a big part of this, and the opportunity for businesses to work alongside each other is what The Floor is all about. This goal is something that the whole team believe in, and it is always at the forefront of any decisions that are made by the business.

3. He Studied At Ben Gurion University

4. One Of His First Jobs Was In The US

One of the first jobs that he had after leaving university was in the United States. He spent just over twelve months working for the Northwest Indiana Jewish Foundation. The foundation has strong ties with Israel and this is a cause that is very close to his heart. His role for the foundation was as the manager of Internal Affairs. This gave him experience of keeping on top of the daily running of a business which would serve him well when he founded The Floor.

5. He Worked For The UK Government

He was Head of Digital Solutions for the Foreign and Commonwealth Office which is part of the UK government. This job was based in Tel Aviv so it did not require him to move from Israel again. This was a very prestigious position and one that he worked hard to get at an early stage in his career. Working for the UK Government would have required him to go through a comprehensive vetting process. Having this position on the CV gives the companies he works with confidence in his integrity.

6. He Has Been Involved In Raising Funding For The Floor

The Floor has been successful in raising the funding it needs to continue the work that it does, and this is something that Avi as CEO is heavily involved in. Finsmes report that this included $5 million from Fosun. As part of this investment, a representative of Fosun was also accepted onto the board of directors. Funding is an essential requirement for continuing to grow the business and so Avi is always on the look out for opportunities that he can take advantage of.

7. He Has Overseen Expansion Into Hong Kong

The Floor also has a base in Hong Kong which will help the business expand into the Chinese market. This expansion was seen as crucial to how The Floor will continue to grow in the coming years. The Chinese market is one they are keen to work closely with. Having a base in Hong Kong makes it easier for them to establish a good working relationship with Chinese companies. It also means that there are premises in the locality that are easier for companies to visit if they wish.

8. He Makes Sure The Floor Is Selective In The Firms That It Works With

One of the main aims of The Floor is to have several businesses that offer services which banks can make use of in the same place. The hub is based in the Tel Aviv stock exchange, but not all companies that apply to be part of The Floor are accepted. They only choose firms that share their values and that will provide benefit to the companies that are already based in the hub. The whole team have worked hard to build the reputation of The Floor, and this is something that they continue to work hard to protect.

9. He Has Tried To Hire Experienced Personnel To Further The Business

Avi has said in the past that it is people who make a business a success. This is something that he keeps in mind whenever he is hiring a new employee. One of the most recent appointments the company has made is the hiring of Elisha Wiesel as Chairman. Wiesel worked for Goldman Sachs for twenty five years before taking on this role. This was seen as a major appointment for The Floor, especially as Wiesel had considered taking a role away from the finance industry.

10. He Feels Positive About The Future

He wrote a blog post for LinkedIn that talked about the lessons that had been learned from the Covid-19 pandemic. Although this was a challenging time, it also presented new opportunities that can be built on in the future. The pandemic was something that affected every economy and it also how important it is for people to be confident to use the technology that their bank offers. There are things that will permanently change after the pandemic has ended and businesses need to adapt to this.