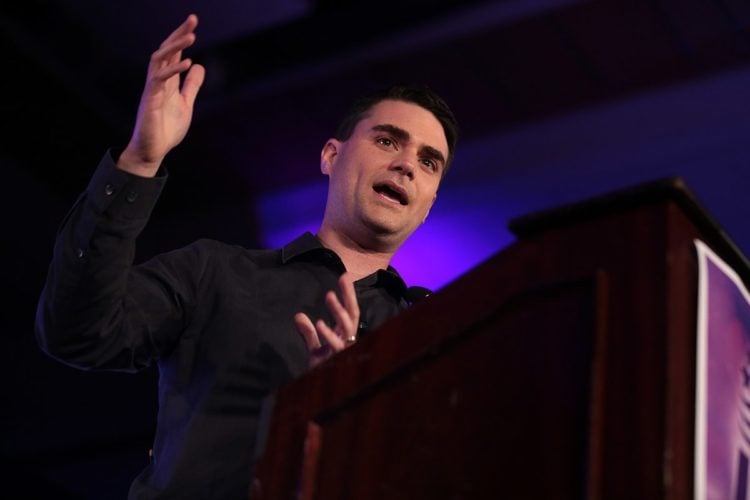 American conservative political personality Ben Shapiro has amassed a fortune of $8 million. The multi-talented Shapiro has seen a sharp increase in his asset base over the last few years. He’s far wealthier than many of his contemporaries in the political talk sector, but how did he do it? After conducting a little research, we were impressed with Shapiro’s professional repertoire, so here is how Ben Shapiro got rich for sharing his opinion and being himself.

In addition to being a radio show talk host, Shapiro is also an author, columnist, political commentator and he’s also an attorney. He’s done a lot in his professional life and he’s enjoyed a high measure of success. This doesn’t mean that everyone agrees with him or enjoys hearing him speak, but he does have a significant following. Shapiro is good at starting conversations that people want to get involved with. He seems to draw people out from all sides of an issue to share their views and give their rationale. This is a rare talent that not many possess as well as Shapiro.

He has a way with words

Shapiro has developed an intellectual air over the years that has captured the attention of both those who agree with his outspoken views and those who disagree. Perhaps it’s the lawyer coming out in him. He knows his facts and how to present them to friend and foe. He puts up a good argument and he knows how to engage others to inspire them to think about their beliefs and why they think the way that they do. He knows how to get your attention and hold it.

Ben started his professional career before he was legally an adult

He was still in school at UCLA at the age of 17 when he broke a record by becoming the youngest columnist with national syndication in the nation. By the time he turned 21, he was already the author of two books with relevant and timely political content. His fourth book was published by HarperCollins in 2011. A year later Shapiro was hired at Breitbart News, for which he is the best known, as their editor at large. He became a David Horowitz Freedom Center fellow the year before.

He founded his own broadcast

The Daily Wire was launched in September of 2015 with Shapiro appointing himself as editor in chief in addition to his role as its online podcast host. He officially resigned his position with Breitbart in 2016. Analysts estimate that Ben’s net worth has been steadily increasing in the last few years. He’s reported to own a collection of four luxury cars with a total value of $580,000, a single home that is valued at $970,000. His annual income is $1 million.

So where did Ben Shapio make his fortune?

Shapiro has been working as a professional in his chosen career since he was a young 17 years of age. He’s been diligent in shaping the successful career that he now enjoys with his dedication and hard work. It’s more than obvious that the work that Ben Shapiro does is more than just an income source for him. It’s more than just a job. We can hear the passion in his voice and see it in his eyes and in his facial expressions. He believes in what he’s doing and he wants to make a positive impact in the world that he lives in. Whether you agree with his political views, disagree or are ambivalent, he’s dedicated his life to sharing his beliefs with the world, and for inspiring people to share their views and engage in meaningful dialogue with one another. In order to build a net worth of $8 million, Ben Shapiro only needed to do what he does best and follow his passion.